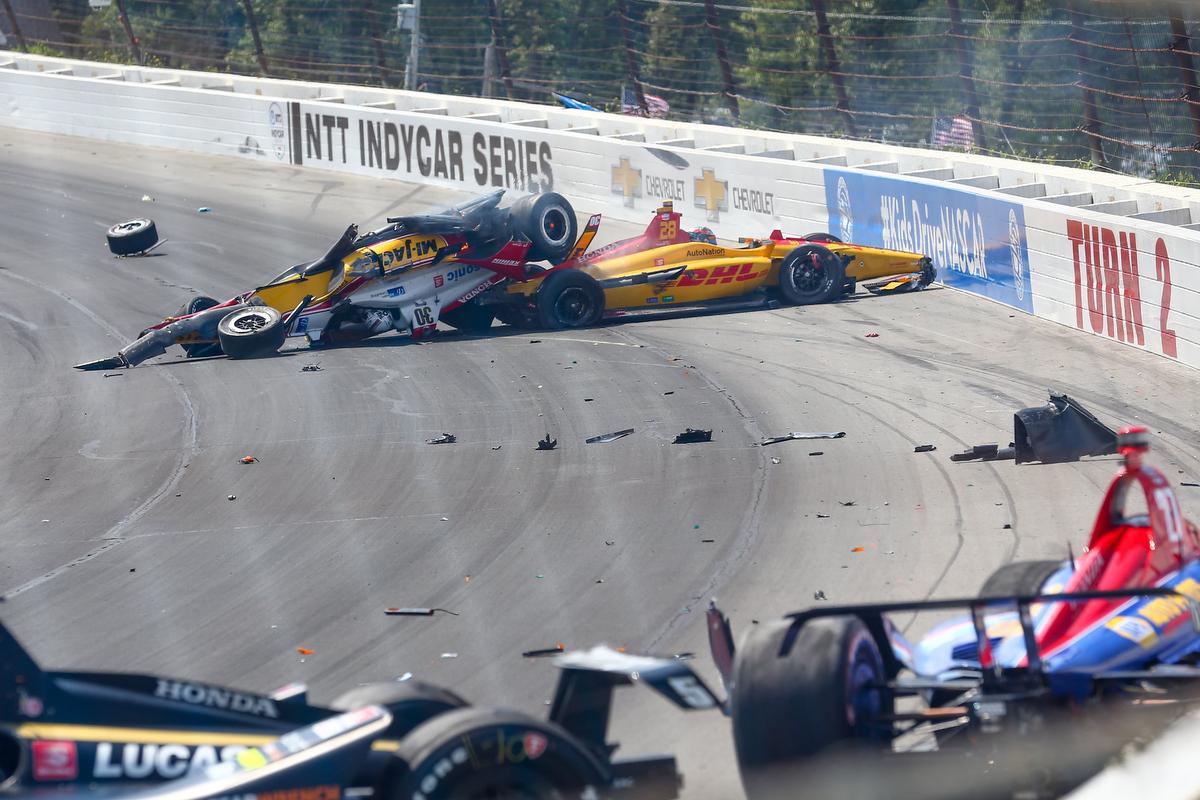 UPDATE Everyone originally blamed Takuma Sato for the big wreck at Pocono Sunday. In fact he did not turn left across Rossi.

After examining the video frame-by-frame and watching the seams in the asphalt, it is clear Hunter-Reay passes to the left of Rossi, then fades right to setup for Turn 2 (better arc), Rossi also fades right, and he moves up into Sato setting off the accident. Sato did not turn left until he was touched by Rossi. Sato could be blamed for going 3-wide on lap 1 into Turn 2.

Don't believe us? Re-watch the video frame-by-frame, watch each car, and watch the straight seams in the asphalt.

08/19/19 In-car views of Takuma Sato turning left in front of Alexander Rossi and almost killing himself and wrecking 5-cars in the process.