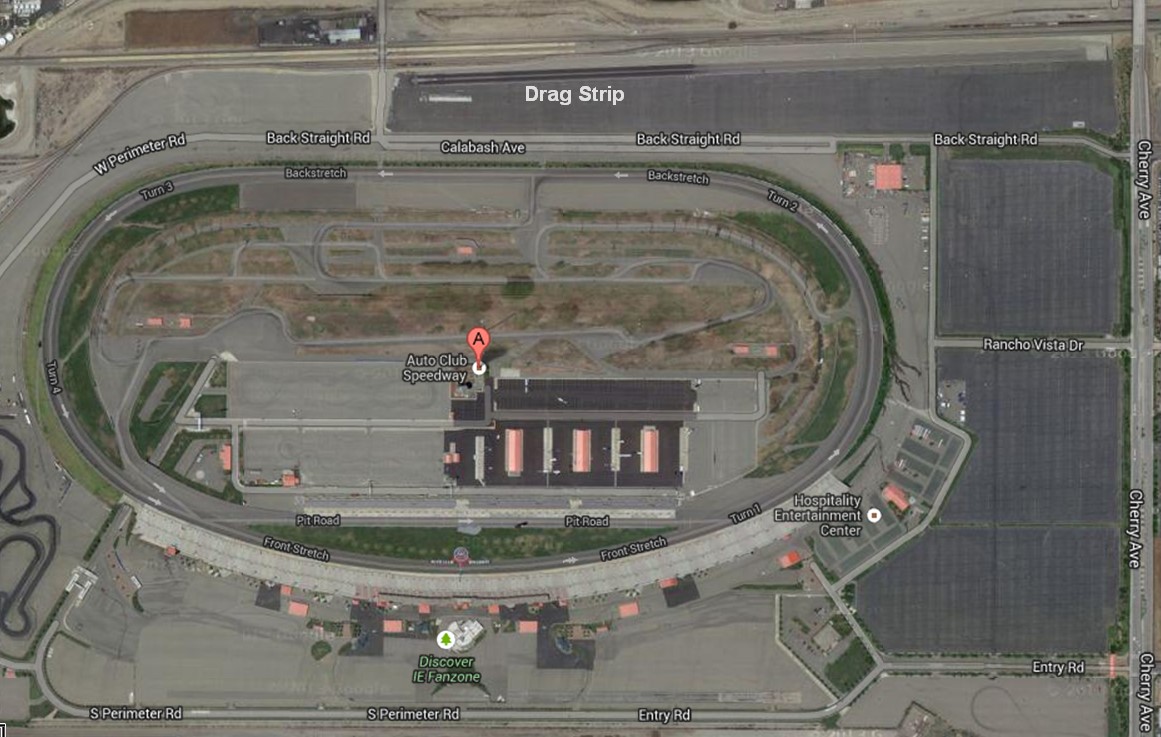 After a lengthy and expensive court battle followed by the installation of an extremely expensive sound deterrent system, the Auto Club Dragway will be returning to racing this month much to the delight of race teams and fans from all over the southern California region. The quarter mile drag strip is located in the massive parking lot of the Auto Club Speedway in Fontana.

The dispute was originally presented by a neighborhood coalition, who resided in homes adjacent to the race track, approximately four years ago. In 2010, San Bernardino County officials approved an amendment to their sound level ordinance that allowed drag racing to continue.

However, the citizens coalition retained a law firm and challenged that amendment and took the racing complex to court. The result was a Superior Court ruling that said the findings from the environmental impact report used by county officials to approve the 2010 amendment was insufficient.

The Auto Club Dragway was forced to suspend its operation in February of 2012. At the time it was one of the few drag strips located in southern California. The closing of the strip forced many racing teams to endure long and expensive tows to the Lakeside-San Diego area or journey north to Bakersfield.

The shut down of the Auto Club Dragway also created some local economic concerns as well. Many of the scheduled events there featured regional racing series that brought out to town race teams to Fontana for an entire weekend. That translated into tourism revenue being spent at local motels and restaurants as well as other area retail establishments.

However, there was one extremely major concern that worried Fontana residents and the local law enforcement agencies who served the area. With the local drag strip in a non operational status, there were concerns that there might be a significant rise in street racing. This concern was genuine. We've all seen and read too many news stories detailing the often tragic results of drag racing on city streets.

From its initial inception, the Auto Club Dragway created a street legal racing program that gave local hot rodders a safe and sane venue for their drag racing. This program was eliminated with the closure of the track which, in turn, heightened the concern over racing on the city streets.

If there ever was a time to reach a state of compromise over a legal dispute, the time was now for the Auto Club Dragway. That meeting of the minds came in July of 2012 and the good news was announced by drag strip officials via a press release that said:

While this settlement was regarded as a huge step forward towards the spirit of compromise, racing officials soon realized that the terms of that agreement were going to be both difficult and expensive. First, there was a need for sound engineering studies. Much of the data for these studies was collected at the famed drag strip at Las Vegas which schedules a wide variety of racing classes each year. That data was next incorporated into the design plan for the mandatory sound wall.

The construction of that sound wall was the next big challenge-actually make that a huge challenge. This mammoth concrete structure measured 24 feet high and 1,800 feet long. The construction cost of this wall was reported to be in the area of $1.25 million.

After the sound wall was constructed came the good news that drag racing was returning to the Auto Club with a full 2014 schedule that begins in February. Officials will still have to carefully monitor sound levels, to avoid the resurrection of the original dispute, and extremely noisy racing classes such as the blown alcohol division will not be placed on the schedule, at least not in for foreseeable future.

Was the cost of legal defense and the construction costs worth the effort? Ask any official from the Auto Club Speedway and they will give you a resounding "yes."

A tip of the racing hat goes to a group of dedicated people who made this happen, First, there's Thomas McKernan, Board Chairman of the Auto Club Of Southern California. In addition to making a large contribution to the cost of constructing the sound wall, McKernan also provided legal assistance from his firm to insure there would be no further surprises to inhibit the return of drag racing.

A tip of the racing hat also goes to SEMA, Lucas Oil, K&N Filter and the National Hot Rod Association. Also on the thank you list are the names of Ray Wilkings, speedway Vice President Of Operations, along with speedway President Gillian Zucker who were reported to have worked tirelessly to resolve all issues and return drag racing to their facility.

Appropriately, the street legal drag racing program will launch the re-opening of the Auto Club Dragway on February 22nd.