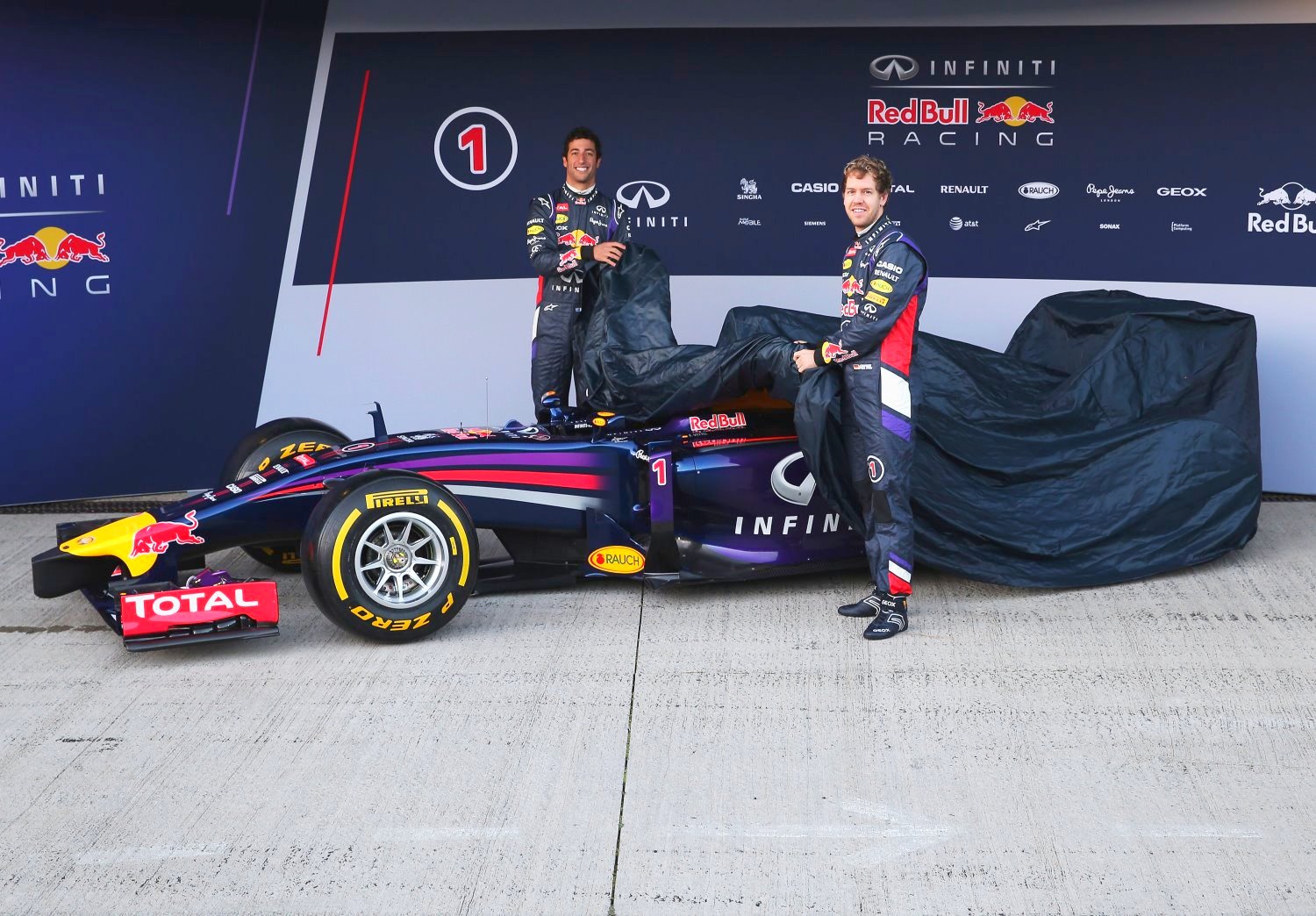 Infiniti Red Bull Racing today revealed the RB10, our challenger for the 2014 Formula One World Championship and our first interpretation of F1’s radical new technical regulations.

Unveiled in the pit lane this morning at the Jerez Circuit ahead of the first day of testing, the RB10 is powered by the Renault Energy F1-2014.

Adrian Newey not only dislikes the new-look F1 noses but doubts whether they really will improve safety.

This season, because of the regulations lowering the tip of the nose, the Formula One teams have launched cars with dolphin, platypus or twin tusk tips to the nose.

The general consensus in the paddock and amongst fans is that the new look is ugly, something Newey feels no F1 should ever be.

Explaining the noses, he said: "We have a lowered nose which I think is supposedly been done on the grounds of safety to reduce the chances of a car being launched if one car hits another in the manner for instance that Mark Webber went up the back of Kovalainen a few years ago.

"Whether it really makes a difference or not is a much more moot point because it has been deemed safer so that's what we've had to go for.

"It's a funny regulation, basically what the regulation does is call for a maximum side view height and then on top of that there is an area 50mm behind the front of the nose which we have to meet and that area is quite low down, much lower than the side view.

"So what you end up with of course is almost two noses. One of which is the main bulk of the nose and then almost a bulb sticking out of that to satisfy the area rule lower down."

So rather than improving F1 in any way, the Red Bull technical guru reckons they have in fact taken away from the beauty of the sport.

"To varying degrees everyone will have these rather ugly and ungainly noses which I think is an awful shame," he added.

"To me the aesthetics of a F1 car is important, the car should look good and not many of the owners of these noses could love them."

Ahead of testing in Jerez we caught up with the Four Time World Champion to find out what his expectations for 2014 are, how he prepare for the season, if driving styles would change this season, his new team mate Daniel Ricciardo and his best moments from the last nine seasons plus why he chose number 5 as his driver number and his thoughts on seeing the RB10 for the very first time!