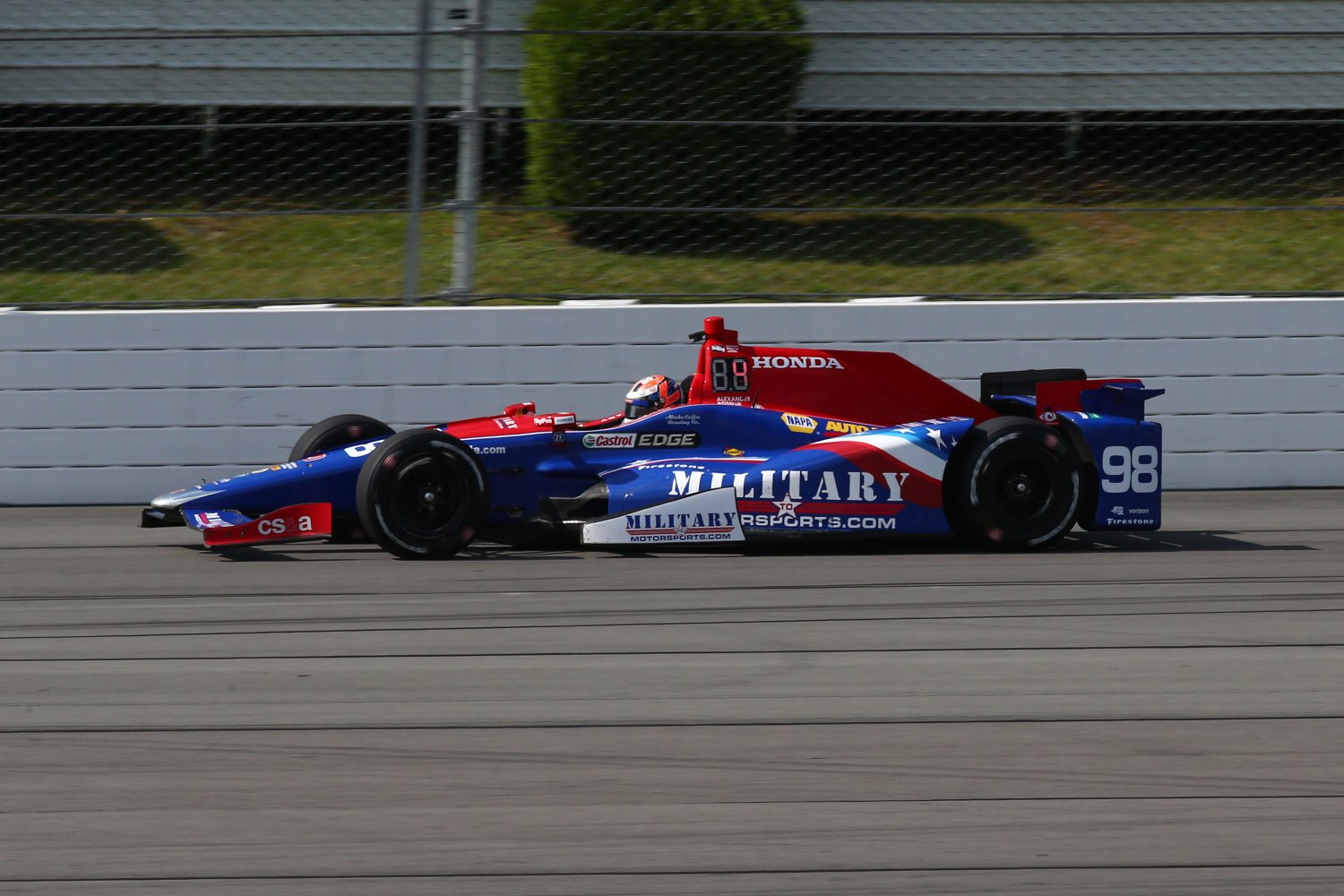 âš ï¸�NEWS ALERTâš ï¸� Two years ago, @Military2Motor made it's debut on @AlexanderRossi's car at the Tricky Triangle. To celebrate its two-year anniversary, M2M will outfit the No. 27 race machine again for this weekend's #ABCSupply500 at @poconoraceway!

Andretti Autosport’s MilitarytoMotorsports.com hiring initiative will be back on the No. 27 racing machine as Alexander Rossi looks to defend his 2018 win at Pocono Raceway. Painted in red, white and blue, the No. 27 MilitaryToMotorsport.com Honda will race to bring awareness to the program that works to place retired and separated military personnel into the civilian workforce.

Since founded in 2017 by Andretti Autosport and retired U.S. Navy Veteran David Tilton, Military to Motorsports has partnered with various Andretti sponsors to help place qualified candidates into open positions within their companies. MilitaryToMotorsports.com has received over 100 resumes and has helped place numerous veterans in positions within the race team and its extended network of partners.

“It is very exciting to see our Military to Motorsports program come to life again on Alexander and the 27 car for Pocono,“ said CEO of Andretti Autosport, Michael Andretti. “Since we launched the initiative at this race in 2017, we’ve seen great success in working with our team partners like U.S. Concrete, UniFirst and Honda [Performance Development] in placing Veterans into opportunities throughout the country."

MilitaryToMotorsports.com debuted with Rossi at the 2017 ABC Supply 500 at Pocono Raceway. Since, the Military to Motorsports program has been showcased on Rossi’s Indy car at ISM International Raceway in Phoenix and as co-primary with Kerauno at Barber Motorsports Park, both in 2018. Marco Andretti’s No. 98 machine sported the MilitaryToMotorsports.com livery at World Wide Technology Raceway at Gateway and Portland International Raceway at the tail end of the 2018 season. In addition to Andretti Autosport’s NTT IndyCar Series program, Military to Motorsports is represented on Andretti Autosport’s Pirelli GT4 Americas effort with Jarett Andretti behind the wheel.

"Military to Motorsports is extremely excited to work with Andretti Autosport and Alexander Rossi once again, in 2019," said Tilton. “After launching M2M with Andretti Autosport two years ago at Pocono, we have done amazing things, being able to help Veterans find careers in the Motorsports arena. Michael Andretti, his daughter Marissa, and the entire team have greatly supported our efforts, helping these heroes in their quest to blend into the private sector through new employment. We look forward to the partnership for years to come."