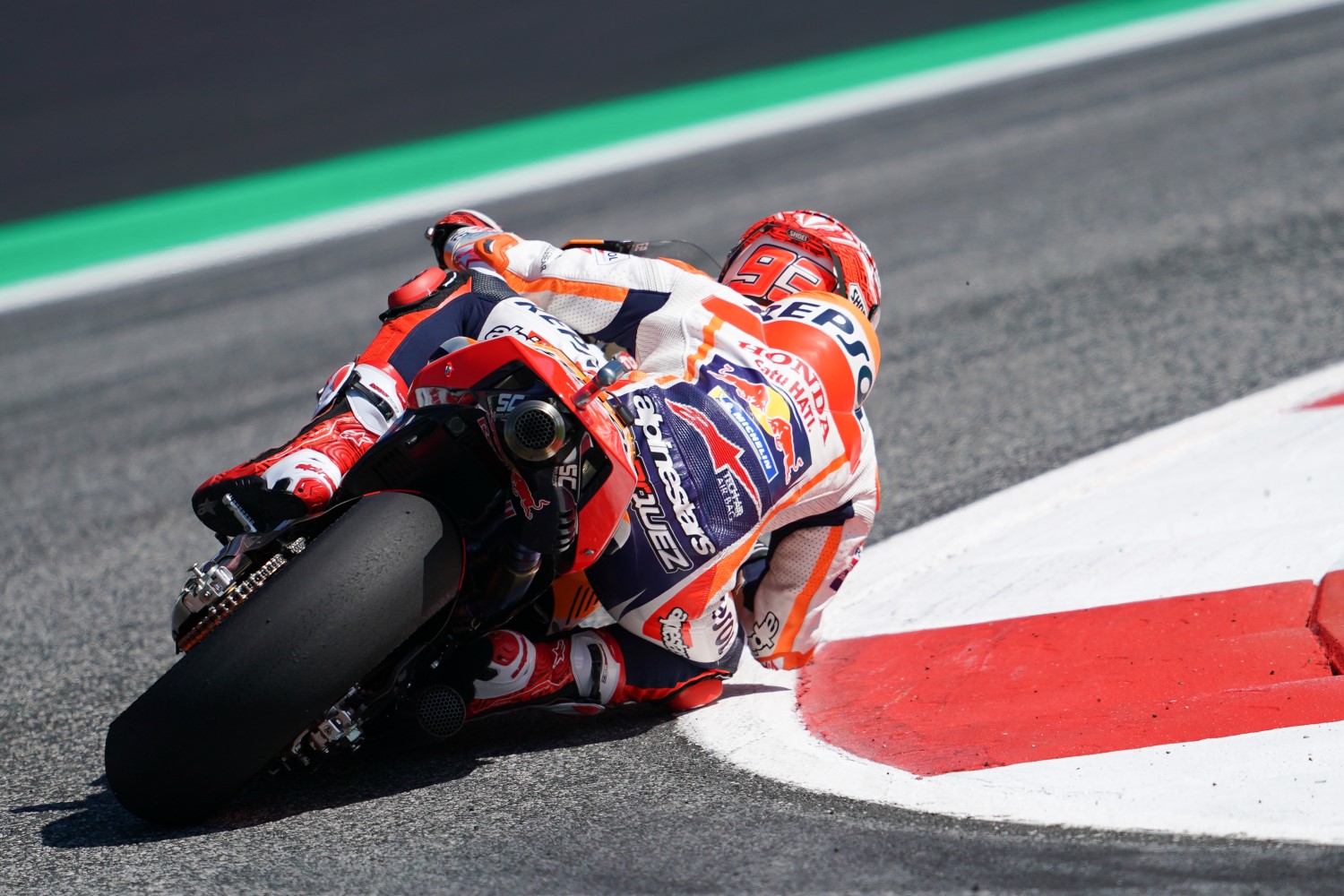 With a new carbon-reinforced chassis to work with, Repsol Honda rider Marc Marquez dominated practice 3 at the Red Bull Ring, beating Maverick Vinales by over three tenths of a second on Saturday morning.

The factory Ducatis of Andrea Dovizioso and Danilo Petrucci set identical times to take third and fourth, just 0.002s slower than Vinales bet they are sandbagging and when qualifying rolls around the Italian team will unleash more HP and they are a threat to Marquez for pole.

Jorge Lorenzo's works Honda stand-in Stefan Bradl, a defeated man, ending up only 20th while his teammate is quickest.