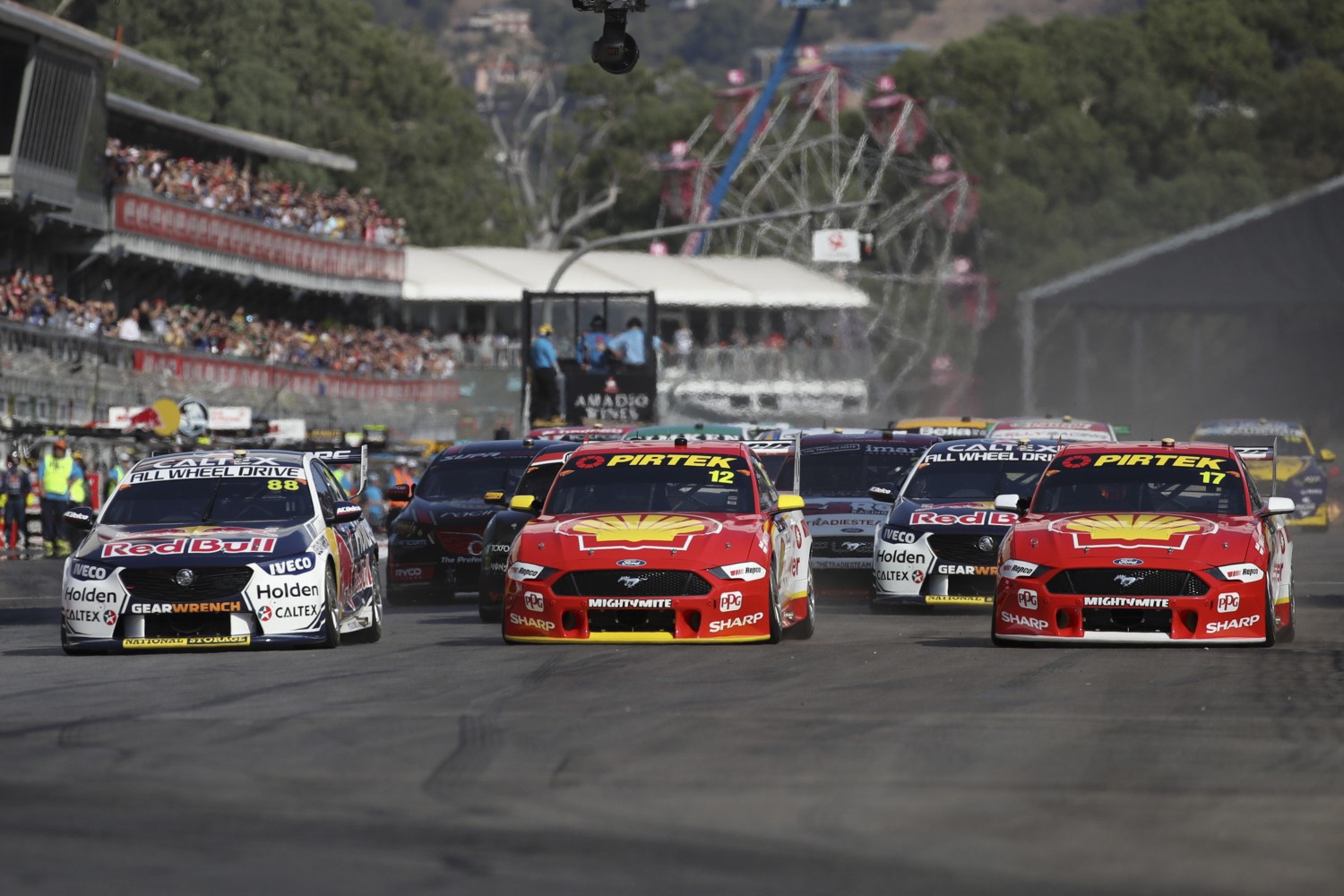 Ryan Briscoe will conduct a demonstration in a Mustang Supercar at this month’s IMSA WeatherTech SportsCar Championship round at VIRginia International Raceway.

It is understood that the chassis is the 2014 Dick Johnson Racing Supercar which has been re-skinned as a Shell V-Power Racing Team Mustang and is currently housed in the Ford Motor Company’s world headquarters in Dearborn, Michigan.

A Ford Australia spokesperson has confirmed to Speedcafe.com that it will be Briscoe behind the wheel, making him the only driver to have piloted both a Mustang Supercar and the GT Le Mans-spec Ford GT.

The Sydney-born driver, paired with Brit Richard Westbrook, has won his class in the last two IMSA races in the Chip Ganassi Racing-run Ford GT.

He also conducted a demonstration run in an example of the iconic Ford at last year’s Supercheap Auto Bathurst 1000.

The Mustang Supercar was developed in collaboration with Ford Performance in the United States, leading to an activation involving Marcos Ambrose driving the new-for-2019 Mustang NASCAR at this year’s Superloop Adelaide 500.

While movements of Supercars chassis overseas are highly restricted, the championship confirmed to Speedcafe.com that Ford and DJR Team Penske has permission for the car in question to be in the United States.

“The car has our full approval to be at Ford US," read a statement from Supercars from March this year.

“In fact, we are delighted Supercars are being featured by Ford US in their racing showroom."

The Virginia IMSA round takes place on August 23-25, the same weekend that the Virgin Australia Supercars Championship races at the OTR SuperSprint at The Bend Motorsport Park.

Those able to attend in person should sign up for VIR's #Ford Car Corral for that extra special experience -> https://t.co/YIAGhHBEQU pic.twitter.com/W6a7wAk9tN