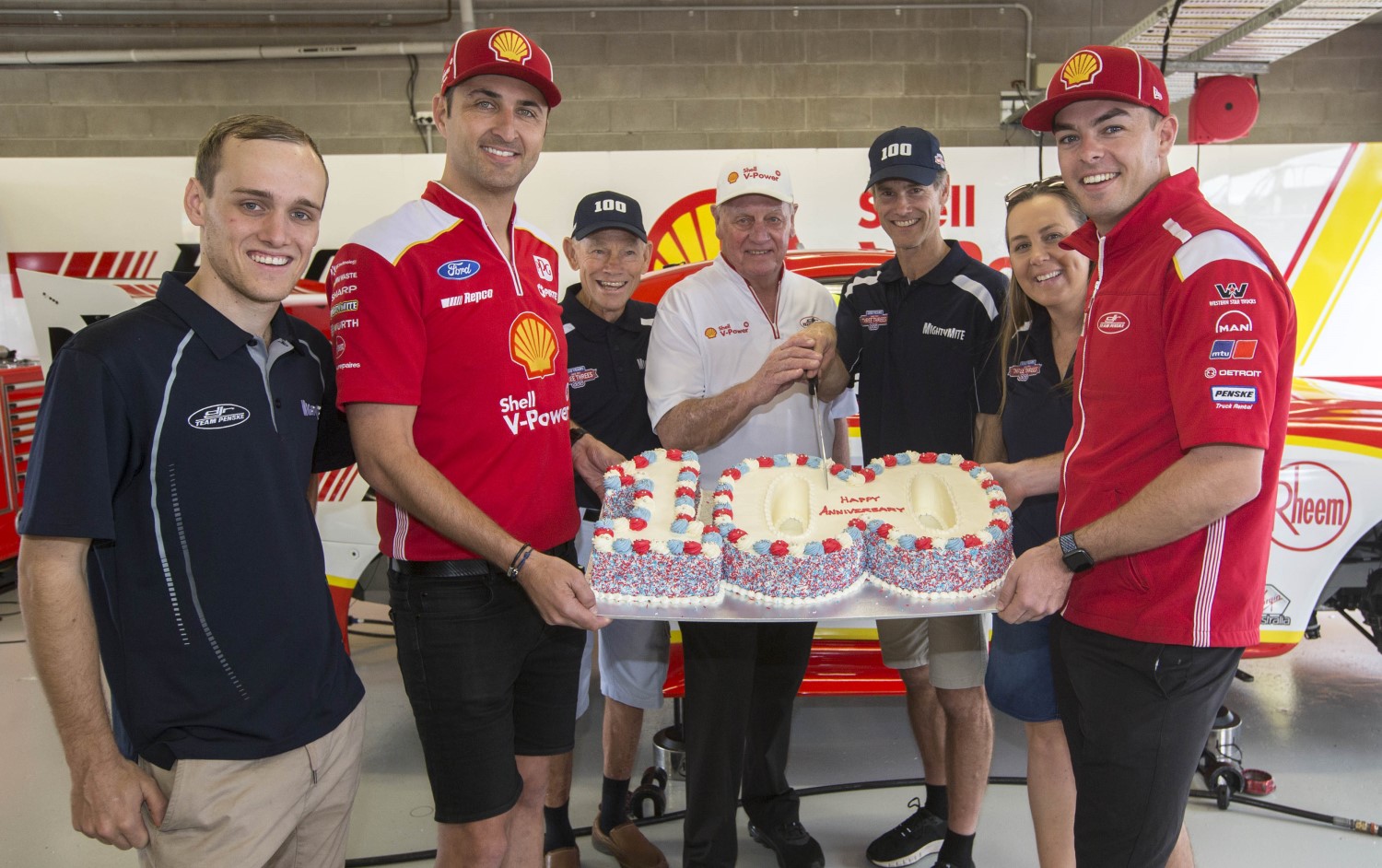 Three Threes, who are celebrating their 100th year of operation in 2019, will continue to support the Shell V-Power Racing Team into 2020 and beyond, with next season marking five years as a partner of the organisation.

The announcement comes after a hugely successful centenary celebration, which included Fabian Coulthard’s No. 12 Shell V-Power Racing Mustang GT being rebranded as the No.333 for the duration of the Townsville 400 race weekend, in addition to three winners taking a fishing trip with Supercars legend and team co-owner, Dick Johnson.

McAlpine said that the relationship between Three Threes and the Shell V-Power Racing Team had grown beyond business.

“Being a partner of this incredible team is something that my wife Justine, and the entire McAlpine family take great pride in," said McAlpine.

“The relationship with Dick and the team has grown beyond the business aspect to become almost like family. We are a fifth-generation family-owned and run Australian business, so working with icons of Australian sport like Dick Johnson is very special."

Johnson said that working with the McAlpine family had been a pleasure, and looked forward to continuing the partnership.

“Sponsorship in motorsport is all about relationships," said Johnson.

“Our relationship with the McAlpine family is second to none. It has most certainly gone beyond a simple business relationship. They are friends."

“Spending time with Ron, Michael, Justine, Tim and the extended family in Townsville as we celebrated their centenary was a pleasure, and I greatly look forward to continuing to work alongside this fantastic Australian company."

The Shell V-Power Racing Team will hit the track again later this month at The Bend SuperSprint in South Australia.

Three Threes is an Australian family owned food manufacturing business that was first registered in 1919, by Stanley Roy McAlpine. Three Threes is currently managed Michael McAlpine, the 4th Generation of The McAlpine family, his wife Justine and their son Timothy – now the 5th generation of family involvement. Three Threes proudly supply and manufacture a quality range of products, including condiments; spreads; pickled vegetables, sauces and their famous MightyMite to Australian supermarkets.