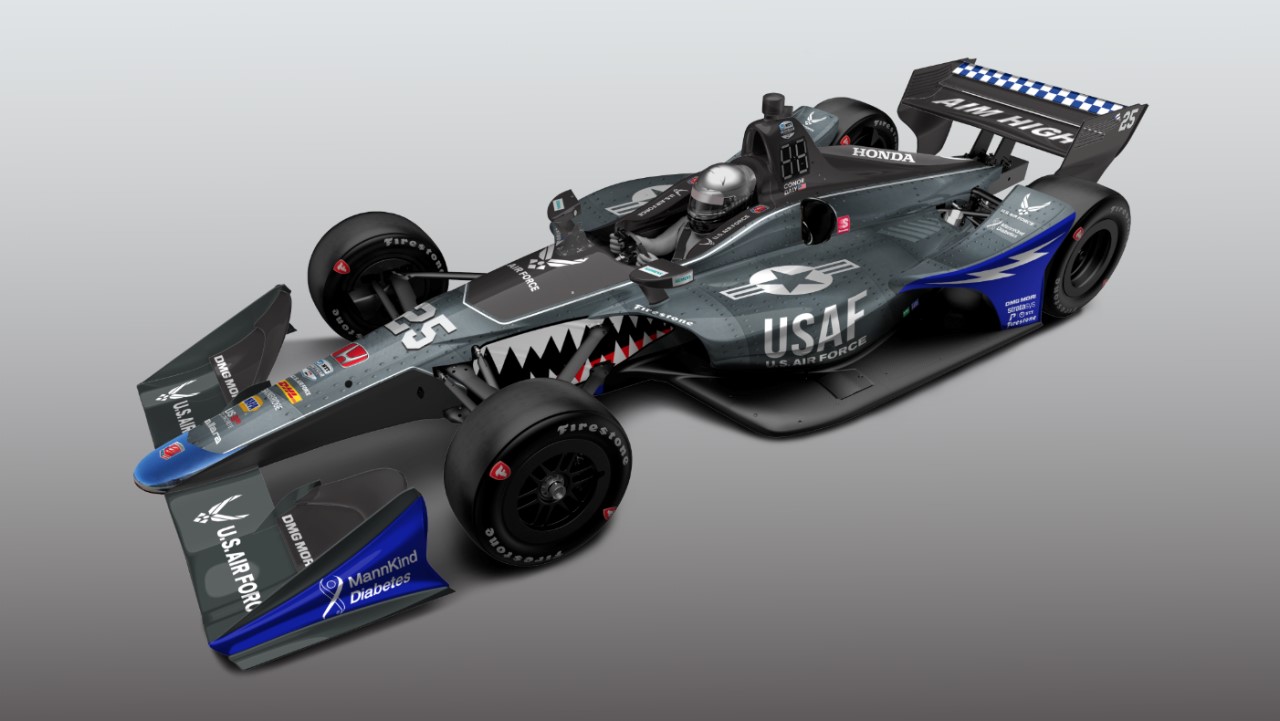 Andretti Autosport and the United States Air Force announced today that Conor Daly will be returning to drive the No. 25 U.S. Air Force Honda for the all-American team at the NTT IndyCar Series season finale at WeatherTech Raceway Laguna Seca in late September. The Indianapolis native will pilot a fifth entry for the team.

Daly made his sixth Indy 500 start in the 103rd Running of the Indianapolis 500 with Andretti Autosport, qualifying in 11th and finished 10th, his career-best start and finish for the famed 500-mile race. The second-generation racer holds wins in both Indy Lights and the Pro Mazda (now Indy Pro 2000) series and claimed the 2010 Pro Mazda championship. Daly holds 46 career IndyCar Series starts with 11 top-10 finishes.

“I couldn’t be more excited to get back to my road course routes and take on Laguna Seca with Andretti Autosport and the United States Air Force," said Daly. "It’s been incredible to be a part of the team this year carrying the USAF colors and to represent them at the season finale will be very special. I’m very proud of what we’ve been able to do with the USAF this year on and off the track and I can’t wait to get back in the No. 25 car!"

The United States Air Force served as Daly's primary sponsor at the Indianapolis 500 and has been an associate sponsor for Andretti Autosport all season with branding featured across the team’s four full-season entries of Alexander Rossi, Ryan Hunter-Reay, Marco Andretti and Zach Veach.

“We are thrilled to have Conor, as well as the U.S. Air Force, join us again for the season finale in Laguna Seca," said Michael Andretti, CEO, Andretti Autosport. “Conor was a great addition during the month of May and being able to continue this great partnership with the Air Force at the series season finale is another special opportunity to show our support and honor the brave men and women serving our Nation."

“We were extremely proud of the effort that Conor (Daly) and the entire Andretti Autosport Team put in for the Indianapolis 500," said Maj Ross McKnight, Chief Air Force National Events Branch. “The activation exceeded all Air Force Recruiting objectives and we are excited to continue that success at Laguna Seca and the IndyCar season finale."

The season finale for the NTT IndyCar Series will broadcast live Sunday, September 22, on NBC with the green flag dropping at 2:30 p.m. ET.