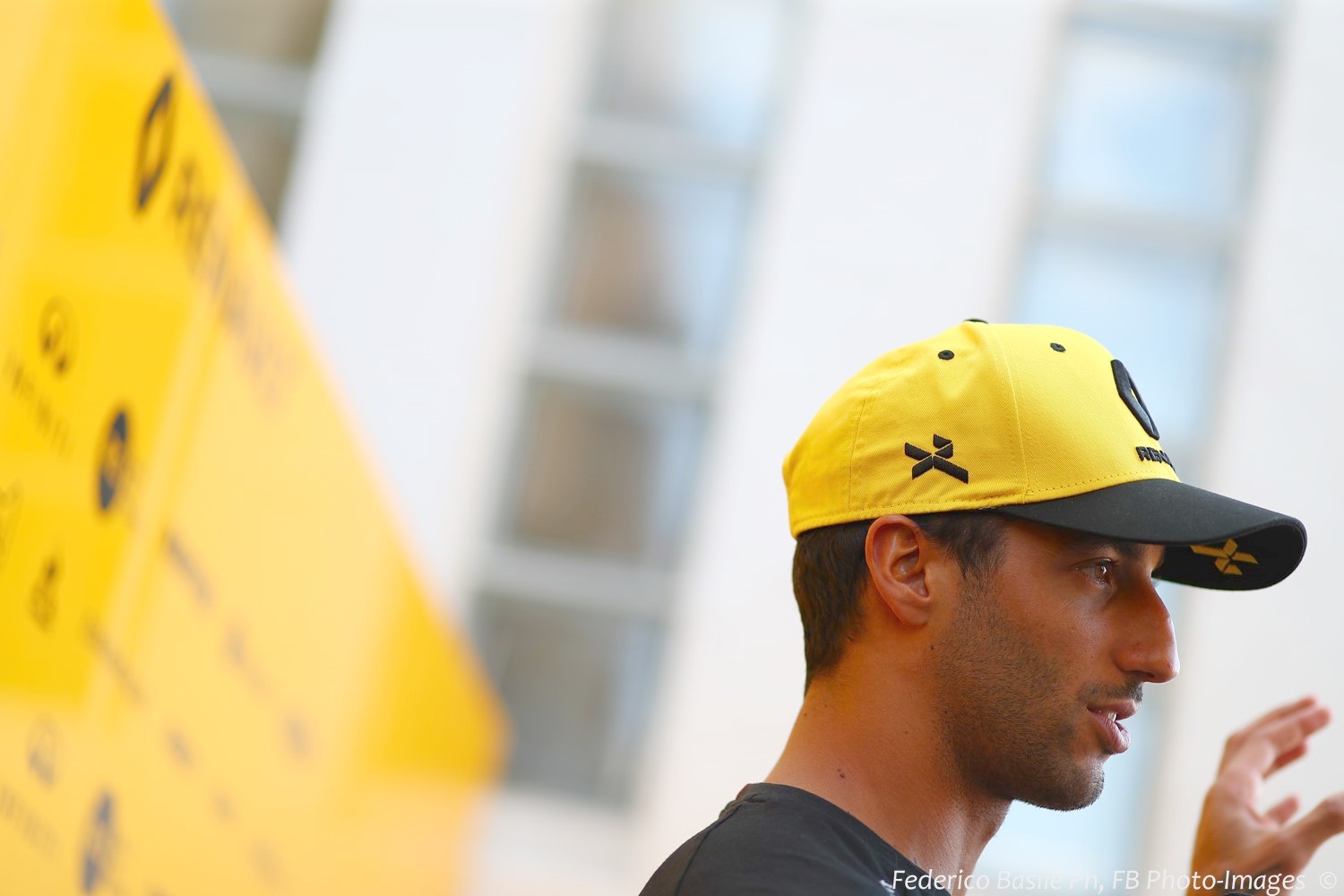 (GMM) A team manager says Daniel Ricciardo is "frustrated" with life at Renault.

For 2019, the Australian switched from being Max Verstappen's teammate at Red Bull to the French works team, declaring that he needed a new challenge.

But Renault's development has been slow and troubled, and according to Racing Point team manager Andy Stevenson, Ricciardo's frustration is showing.

Stevenson was commenting after Ricciardo supposedly broke a "gentleman's agreement" about not overtaking rival cars on the lap before qualifying flyers.

"It seems that Daniel is beginning to get very frustrated that he is in a Renault rather than a Red Bull," he is quoted by Auto Motor und Sport, after Ricciardo tried to pass Sergio Perez on the last corner of a qualifying warm-up lap in Hungary.

Stevenson said the "gentleman's agreement" about such moves was made in Monaco.

"There was a discussion between the drivers and the FIA and that's when the gentlemen's agreement was made," he said.

In the race, Ricciardo's frustration showed again when he displayed the middle finger to Kevin Magnussen after a scrap.

"This c*** is taking the p***, moving under braking," Ricciardo said on the radio.

Former F1 driver Christian Danner agrees that both Ricciardo and Nico Hulkenberg are frustrated with the current situation at Renault.

"They are prisoners of their car," he told RTL.