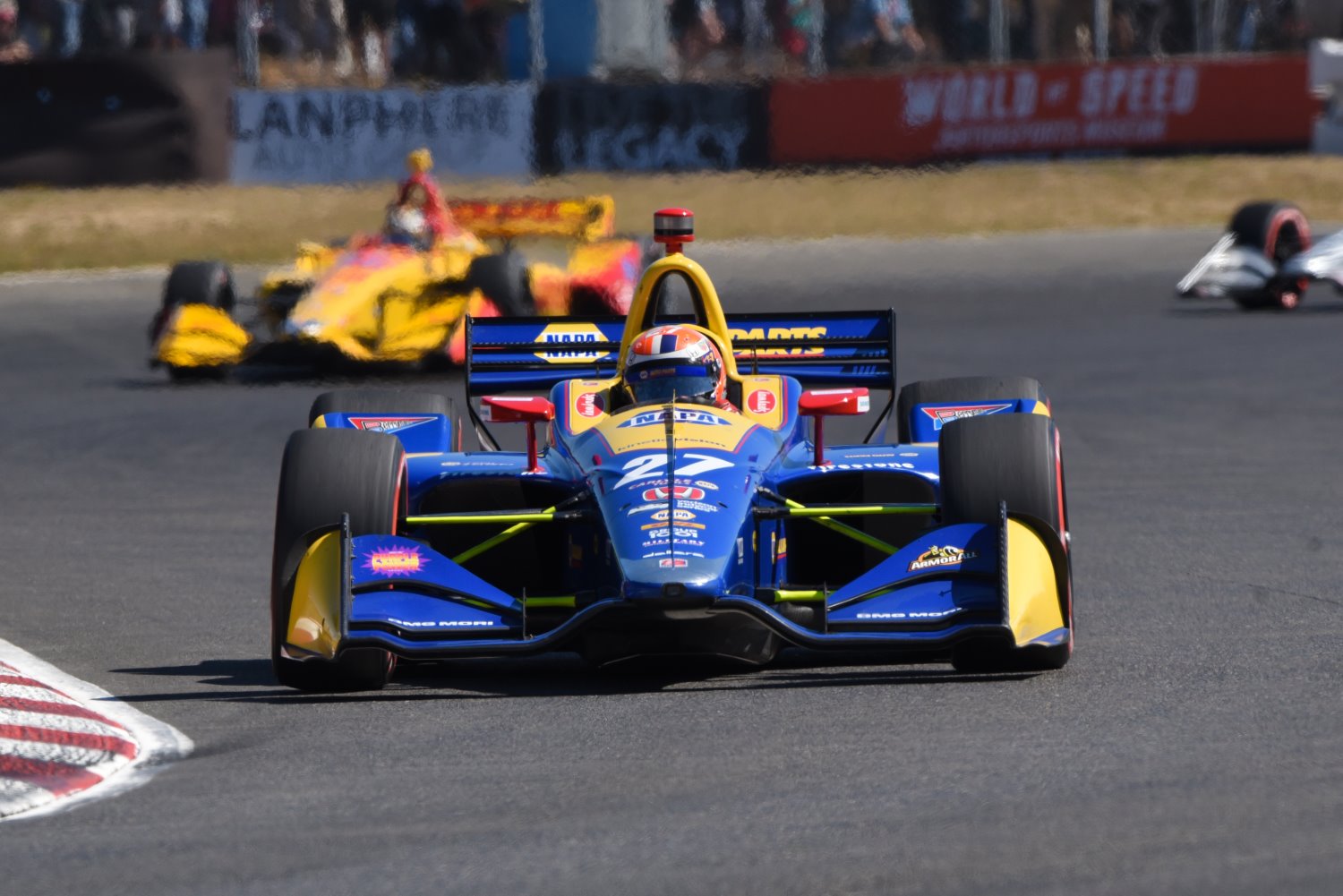 The Grand Prix of Portland may not be until Labor Day weekend, but six IndyCar drivers were in the Rose City Wednesday for a single-day test session at Portland International Raceway.

Andretti Autosport took advantage of an unused test day to give all four of its drivers extra preparation for the penultimate round of the 2019 season, with Alexander Rossi, Ryan Hunter-Reay, Zach Veach and Marco Andretti all making laps around the 12-turn, 1.964-mile road course.

“The championship is so tight that you’re looking for any little advantage over your competitors," Hunter-Reay told reporters. “Some other teams decided to test at different tracks for whatever reason and we decided to come here.

“It’s a very crucial race because it’s towards the end of the championship fight so every point is extremely valuable and that’s not lost on us. That’s why we’re here."

No driver could benefit more from Wednesday’s test than Rossi.

The driver of the No. 27 NAPA Auto Parts Honda is currently 16 points behind series points leader Josef Newgarden in the standings with four races remaining, and Rossi said that testing gives him and his team the opportunity to experiment and try out a few high-risk setup changes they would normally not make during a race weekend.

“If you do it today and it costs you 45-minutes, it’s not the end of the world, whereas if you do that in a practice session [during a race weekend], you could write-off one of your three chances to dial in the car," Rossi told NBC Sports. “You take big swings at things and experiment and hopefully you land on something."