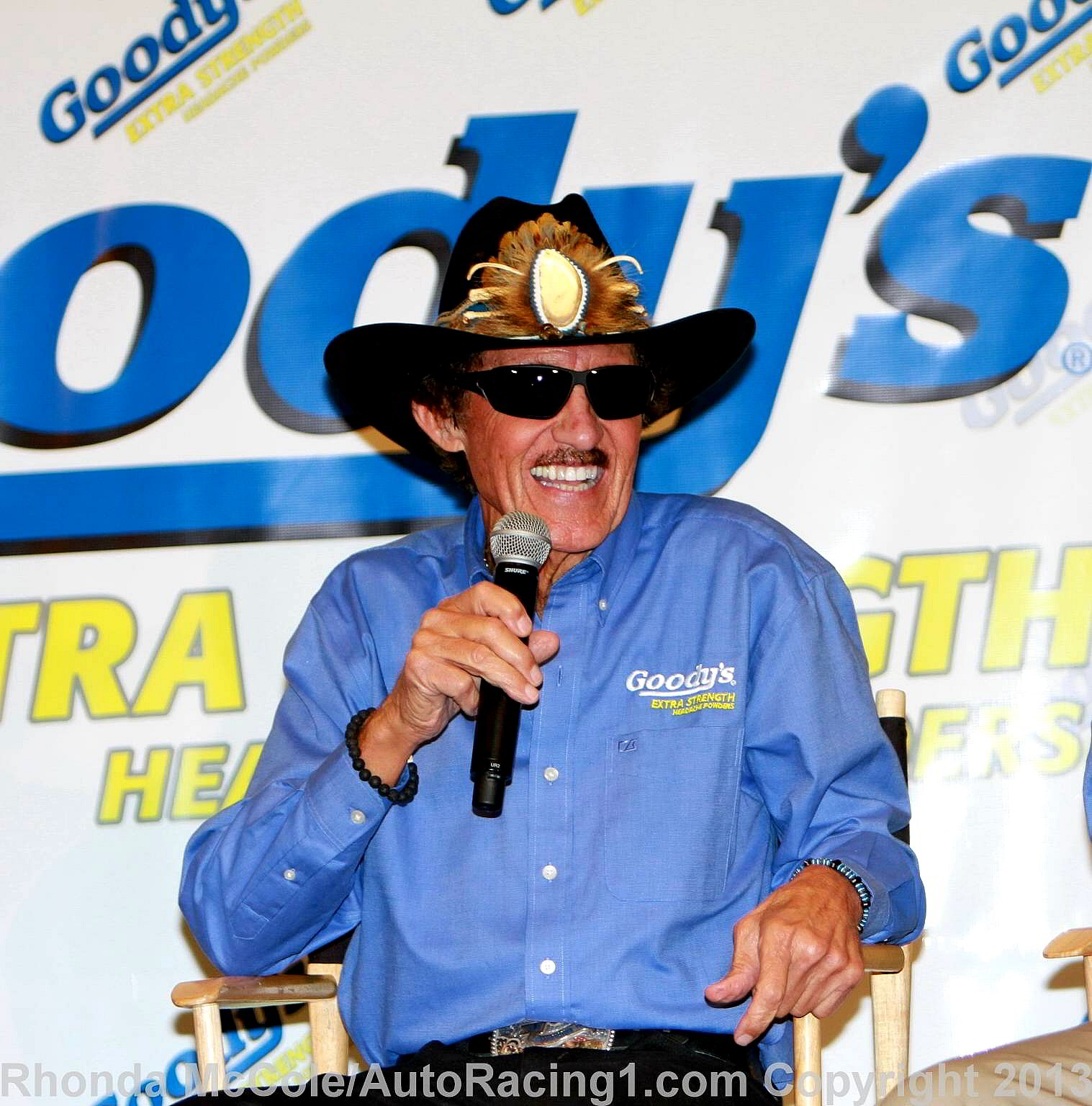 King Richard Petty found himself having to deal with the totally unexpected, not to mention tough public relations issues, all within the confines of the same week. It was enough to more than test the patience of the King of stock car racing.

The latest surprise, to be dealt with by Richard Petty Motorsports, (RPM), came on Wednesday, October 23d, when it was revealed that NASCAR has placed the team's development driver, Corey LaJoie on indefinite probation, while ordering him to undergo sensitivity training for a comment made on "Twitter" back on October 15th.

LaJoie is a development driver signed by RPM who currently competes in the NASCAR K&N Pro Series East Series as well as some selected events in the ARCA Racing Series. His racing future includes some NASCAR Nationwide Series events in 2014 for RPM.

The official statement from NASCAR read as follows:

Corey LaJoie., a driver in the NASCAR K&N East Series, will be required to participate in sensitivity training as directed by NASCAR, and has been placed on indefinite probation for violating the sanctioning body’s Code of Conduct policy.

“Corey LaJoie recently issued an insensitive and intolerable communication that has no place in our sport," said George Silbermann, NASCAR’s vice president, Regional and Touring Series. “Each of NASCAR’s 2013 series-specific Rule Books includes our Code of Conduct that unequivocally states our stance specific to the use of demeaning language. We expect our entire industry to adhere to that Code."

NASCAR's official statement didn't mention exactly what the young driver said that necessitated this action. Needless to say, in this age of instant information, it didn't take very long for the word to get out. To no real surprise, the troublesome remark was made on "Twitter". In that message LaJoie suggested that "the TSA, (Transportation Safety Administration), should conduct a cavity search on a man wearing a turban."

Upon learning of NASCAR's decision, the 22 year old driver immediately issued his own statement, also sent on "Twitter."

'it was an immature and insensitive comment. I'm upset with myself and how this has affected what has been a very positive year in my career.'' *************

This incident comes on the heels of RPM's Tuesday, October 22nd, announcement that said veteran crew chief Todd Parrott has been released of his duties, with their #43 team, after it was determined that he had violated NASCAR's substance abuse policy back on October 17th.

During a press conference, held at the Charlotte-North Carolina based NASCAR Hall Of Fame, Petty referred to Parrott's dismissal as an automatic response adding "this is the way it's got to be." He did, however, admit that he was shocked over his crew chief's failed drug test but insisted that RPM has a zero tolerance approach to substance abuse of any kind. "One hundred percent ain't good enough, so if anyone breaks the rule, there ain't no room in our organization for that," Petty said.

On that very same evening, Parrott himself broke his silence, regarding his suspension from NASCAR, during a live interview with the Motor Racing Network's "NASCAR Live" program hosted by Eli Gold. While Parrott declined to identify exactly what substance he had used, he did say he was sorry adding "I was in a dark moment and it happened."

When asked if his substance abuse was a long time issue or something that just happened, he replied: " "It's just something that happened and my number came up, not a whole lot I can say. I feel bad about it, and I'm sorry for it and I'm ready to move on."

Parrott also said he has scheduled the counseling sessions required for participation in NASCAR's Road To Recovery program. "I have the support of my family and a lot of friends in the garage to go down this path,'' he said. "I'm sorry it came down to this, but it's a blessing, too, that NASCAR has a path that helps you to be able to get back to work."