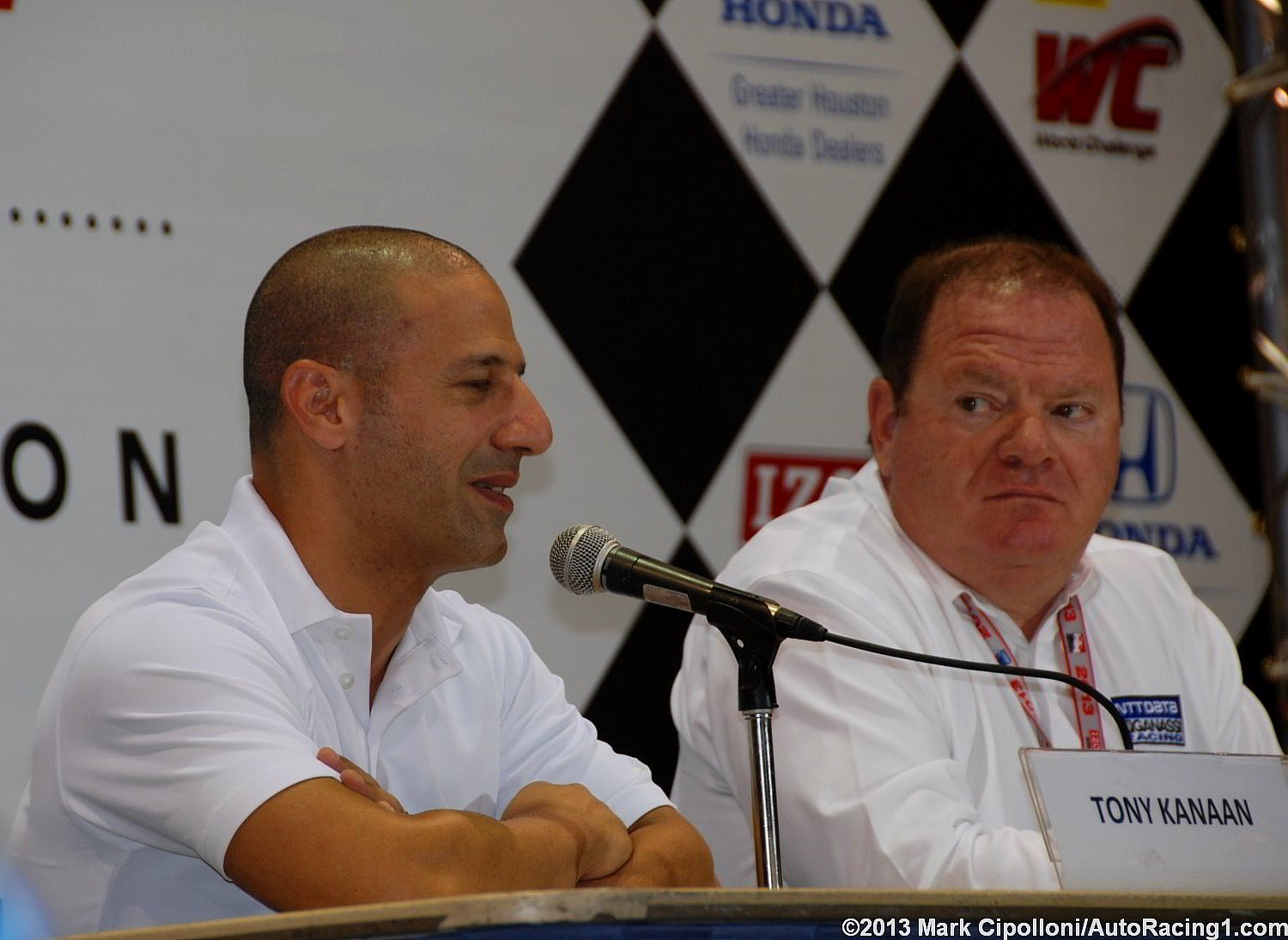 One of the most successful race teams in IndyCar Series history will be powered by Chevrolet starting in 2014.

Tony Kanaan, Driver: “I couldn’t be happier to join this organization. They are the gold standard that all IndyCar teams measure themselves against. Chip has created a fantastic organization that judges success by just one thing – WINNING, both races and championships. I can’t wait for next year to get here. This is a very big day for me."

John McCain, President and CEO, NTT DATA, Inc.: “Expanding our relationship with the Ganassi Racing Team was only natural given the success we’ve had together during the 2013 season. Their focus and dedication to put a winning team on the track each and every race is a great example for our clients and our employees. And now with the experience and energy that Tony brings to the program, we can’t wait for the 2014 season to begin."

Chip Ganassi, Owner, Chip Ganassi Racing Teams, Inc.: “It is not all the time that you can find yourself as an owner with drivers that represent seven championships, five Indianapolis 500 victories and over 75 wins. That feels pretty good. I think TK will add a lot to this organization, not only from his talent behind the wheel but also from his leadership skills off the track. I am very exciting to add TK to an already talented group of drivers. We couldn’t ask for a better partner than NTT DATA and we’re thrilled to extend our relationship.

“Chip’s teams have been a dominant force in open wheel racing for a long time, and we are looking forward to working together in IndyCar," said Jim Campbell, Vice President of Performance Vehicles and Motorsports. “In addition, it will be great to be partnered with Chip and his organization in both open-wheel and stock-car racing."

Chevrolet and Earnhardt Ganassi Racing with Felix Sabates have been partners in stock-car racing since 2009.

“This decision makes a lot of sense for us for a number of reasons," said Chip Ganassi, Owner of Chip Ganassi Racing Teams. “We feel Chevrolet has done a great job in their return to the IndyCar Series and because of our existing relationship with them in NASCAR. There are a lot of synergies that we will be able to realize in working with the same manufacturer across the two series. We are thrilled."

Chevrolet has nine poles and eight wins through the first 16 races of the 2013 IndyCar season.