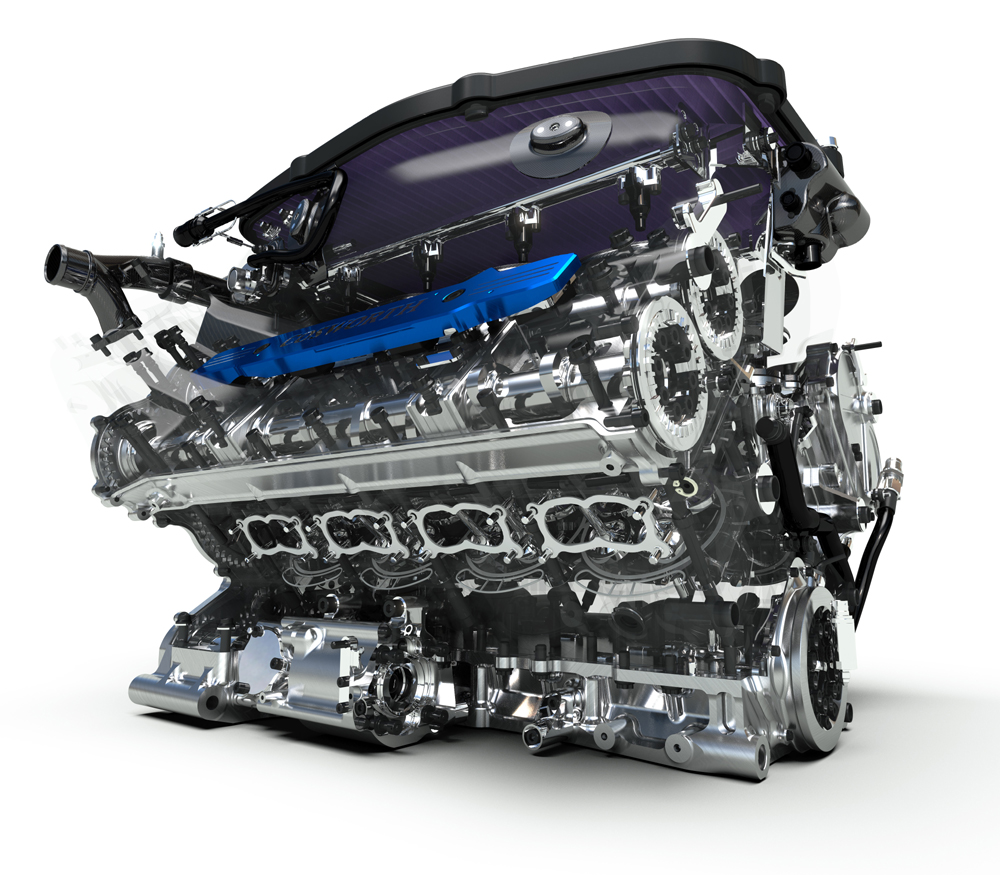 In the current issue (#73) of Race Engine Technology magazine, Editor Ian Bamsey reports in astonishing detail on the first Formula One engine to reach 20,000 rpm on track.

From 1906 through to 2006, Grand Prix engine speeds rose ever higher, from less than 2000 rpm to ultimately a mind-boggling 20,000 rpm. Then the rule-maker abruptly halted the march of progress with a 19,000 rpm rev limit for 2007, subsequently reduced to the current stifling 18,000 rpm – plus, to add insult to injury, a moratorium on development. While engine evolution is back in 2014, the emphasis henceforth will be fuel efficiency rather than outright, untrammeled performance. The glorious Century of Speed is over.

The first Formula One engine to attain 20,000 rpm on track was the Cosworth CA of 2006, and it is generally agreed that no rival surpassed it as the benchmark before rev limiting was cruelly imposed. These days the naturally aspirated 2.4 liter V8 CA lives on, powering Marussia in its close fight against Renault-engined Caterham for the honor of top dog of the young teams in Formula One. Remarkably, although the CA is still on active duty, Cosworth has given RET full access to the innermost secrets of Grand Prix racing’s all-time engine speed champion.

Cosworth’s 2005 V10 was the TJ, which had its red line at 19,000 rpm. Indeed, it had taken a relatively long time for the Northampton virtuoso to rise above 18,000 rpm with its V10s. Nevertheless, with the CA it took the uncompromising approach of targeting 20,000 rpm from the outset. This was the first time it had produced such a high-speed V8 – the previous fastest running of the type had been its XF IndyCar engine, which ran to 16,250 in qualifying back in 2002 (immediately before the switch to a Cosworth-supplied spec engine for the CART series).

By regulation, the CA retained the per-cylinder displacement of the existing 3.0 liter TJ V10, which had a 95 mm bore. As Cosworth’s technical director Bruce Wood remarks, “To go faster you just have to keep making the bore bigger, the stroke shorter and sort out your valves…"

Of course, that is easier said than done and RET’s exclusive article on the CA explains in great detail, all the factors involved in the design and development of the 20,000 rpm version of 2006 and the subsequent ‘frozen engine formula’ derivative still in use this season. For example, running an engine faster increases friction, potentially to an extent that counteracts the sought after horsepower gain. Means Cosworth developed to counter this drawback even included applying a Diamond-Like Carbon (DLC) coating to the piston skirts.

At 20,000 rpm the CA’s maximum piston acceleration was 10,616 g while the load imparted on each crankpin by the associated piston and con rod reached a very substantial 5937 kg at that unprecedented speed. To put that into context, an anti-ballistic missile attains a g-force of only 100 g while 5937 kg is approximately two and a half times the weight of a Rolls Royce Wraith!

Race Engine Technology’s full report of the Cosworth CA, in issue 73, spans 27 pages and is a must-read for all involved with racing technology. Indeed, it is almost certainly the most incisive report of any engine discussed in the motorsport media since Grand Prix racing barked into life more than 100 years ago!