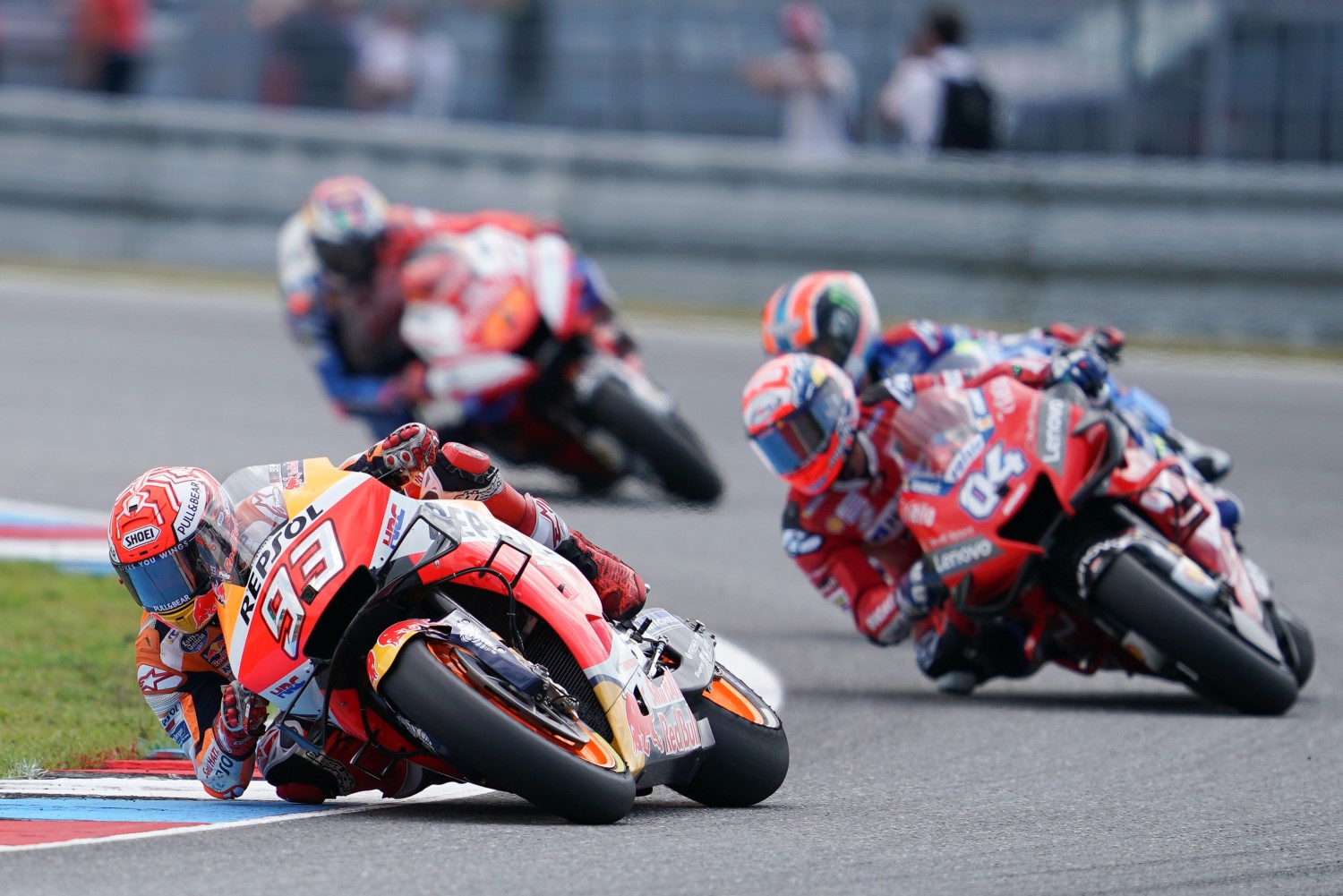 Andrea Dovizioso believes Marc Marquez’s recent form is so good, that the champion’s “management" of races has created a “crisis" for his rivals.

Marquez has recorded six wins from 10 starts in 2019 and has finished in the top two in all races bar the Grand Prix of the Americas, where had he not fallen, he would likely have won anyway.

After last weekend’s impressive Brno victory, Marquez has built a 63-point lead over Dovizioso, who is desperate to win his second race of the season at Austria this weekend and extend Ducati’s dominance of the Red Bull Ring.

Marquez’s race management smarts were in full swing in Brno when he defied a four-way battle pack of Dovizioso, Jack Miller and Alex Rins to eventually break away and seal victory by nearly three seconds.

The champion Honda rider has always been top drawer – you don’t win seven world titles without some smarts – but Dovizioso opened up on the “reality" of how Marquez’s form is giving his rivals little chance to challenge him in 2019.

“If we look at the results from the start of the season, Marc has only had victories and second places," Dovizioso said.

“He and Honda are a little stronger and consequently they are putting everyone in crisis, not just us [Ducati].

“He is able to make race by putting himself in front and managing the pace, because he can afford it, unlike in previous years. This has changed the management of the races and the tires, and this has put everyone in crisis.

“He increases the speed a little, and when you have more speed you can do whatever you want."

Dovizioso’s praise comes after Cal Crutchlow revealed how the 2019 Honda package has worked to Marquez’s strengths.

While a weapon on race day, Marquez pushes to find his bike’s limits across the weekend, mostly beyond the machine’s capabilities. However, he has found even more control this season.

To the German Grand Prix, Marquez had fallen just six times in 2019. To the same point 12 months earlier, he had already fallen 11 times before ending the season with 23 falls in total.

While seemingly romping to a sixth premier class title, Marquez and Honda’s greatest litmus test yet remains the Red Bull Ring, a circuit where the 26-year-old has never tasted victory. James Pavey/Fox Sports