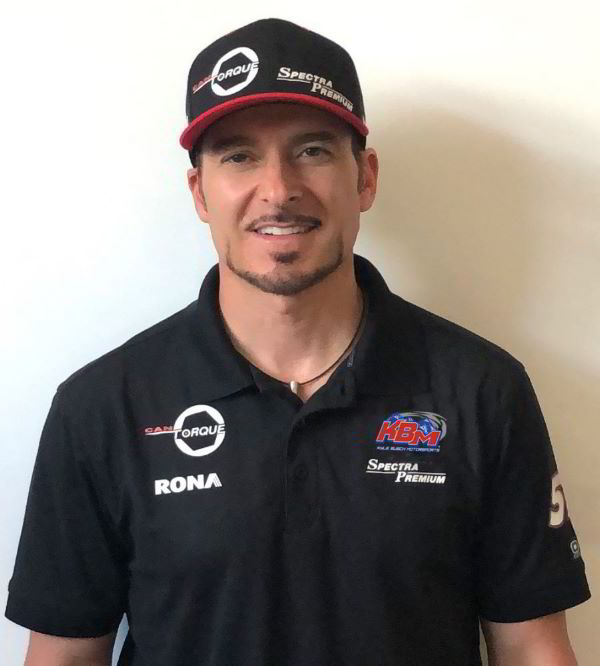 The Canadian has two poles, 15 laps led, one top-five and two top-10 finishes across four career NASCAR Gander Outdoors Truck Series starts, all coming at the 3.957-km (2.459-mile) road course north of the border. In addition to four Gander Truck Series starts, Tagliani has compiled four poles, 92 laps led, four top-five, including three times as runner up, and five top-10 finishes resulting in an average finish of 13.0 across eight NASCAR Xfinity Series starts, all on road courses. He currently competes full-time in the NASCAR Pinty's Series where he has recorded one win, one pole, 42 laps led, three top-five and five top-10 finishes across four starts and sits fourth in the championship standings this season.

Overall across 78 career Pinty's Series starts, Tagliani has collected nine wins, 10 poles, 33 top-five and 53 top-10 finishes, including a win in last year's race which was held prior to the Gander Truck Series event. He finished second in the championship standings in 2018 and third in 2016. He will once again pull double-duty, competing in the 51-lap Pinty's Series race Sunday morning before the 64-lap Gander Truck Series event Sunday afternoon.

"It's a real honor to represent KBM by driving the 51 Truck — I really appreciate Kyle and the entire team's trust in giving me the opportunity to try to win," Tagliani said. "Carrying three Canadian Company to support the initiative at CTMP is really special. CanTorque showcasing their new tools made in Canada, driving a KBM truck equipped with a Spectra Premium Radiator and having lucky fans living a special behind the scene experience feels really unique."

"Having CanTorque join Kyle Busch Motorsports and being featured as primary sponsor on Alex's truck is a dream come true," Colin Livingston, president of CanTorque said. "The timing couldn't have been better. CanTorque has been working tirelessly over the past four years to complete the designs of our range of industrial torque and tension products. At the same time, we've developed our 'Made-In-Canada' manufacturing platform and are very proud of the products we're producing. NASCAR and specifically our association with Tag for the last 11 years and now the opportunity with KBM will allow us to properly showcase our products and services as we work to expand our distribution coverage in North America. Racing and business are about capitalizing on timing, which is perfect for KBM, Alex Tagliani and CanTorque to align for the CTMP race. It's no secret that KBM has the best equipment in Trucks and that Alex is one of the all-time best drivers at CTMP. We look forward to working with everyone at KBM and are counting the days until the August NASCAR Gander Outdoors Truck Series which is one of the most popular races on the Gander Trucks calendar."

"We are proud to support Tag in is quest for victory, the timing couldn't be more perfect with sweltering heat that we are going thru. Tag's KBM #51 will be equipped with a Spectra Premium high-performance radiator which does a great job managing these conditions. We wish him all the best, it would be amazing to see him coming out victorious after a grueling hot race," Jason Best, Spectra Premium Senior Vice-President aftermarket said.

"Being part of Alex's NASCAR program since 2017, having him as our RONA brand ambassador on the motorsport scene makes us excited to be part of the great opportunity for him and the ability to offer two great fans the chance to experience the race weekend from behind the scenes with KBM and Tag in their pursuit of victory. We invite fans to come during this year GP3R 50th anniversary compete in different fun activity in our RONA challenge kiosk to be eligible to this amazing opportunity for the Gander Outdoor truck series race and have a GP3R representative as a host." Jonathan Fisette, RONA Marketing Director – Media and Sponsorships said.