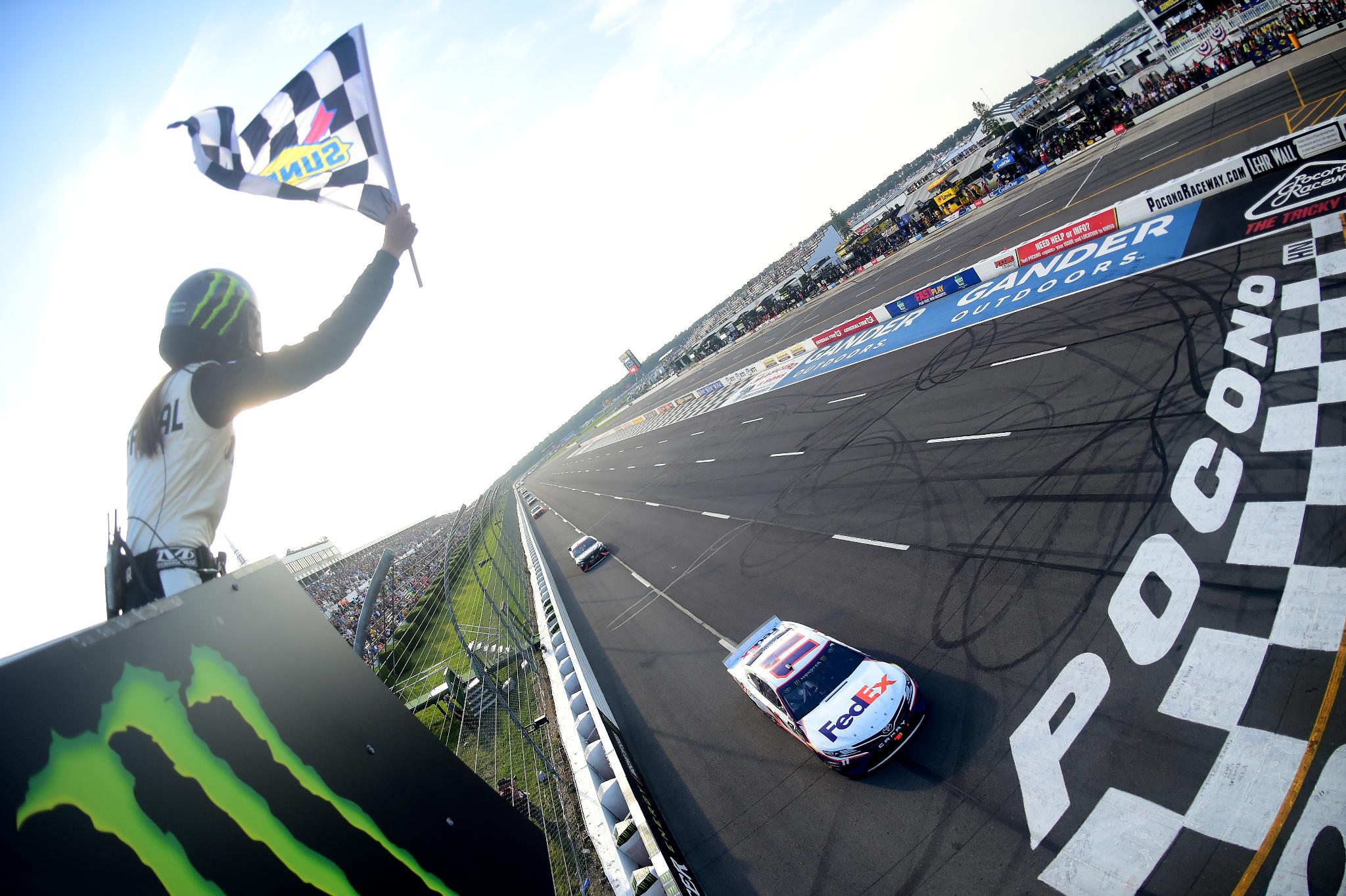 NASCAR and track officials are looking at where to put traction compound in the turns at ISM Raceway after it worked so well last weekend at Pocono.

“Phoenix will probably be the next candidate for it," Hamlin told NBC Sports. “I think we might try something there later this year. It’s just trying to get it right there."

“I would say you go for it," reigning Cup champion Joey Logano said of applying the traction compound to ISM Raceway for its November races. “The longer we wait to learn, the dumber we are."

Hamlin said the compound should be put in the third lane in each of the four corners at ISM Raceway.

“The goal with it has been to not put it in the second lane where you have a Michigan-type effect where it becomes a total primary groove and nobody can run on the bottom because they will get freight-trained," Hamlin said. “You try to put it in the third lane to then give someone the option to run a shorter distance and maybe either slide up to the sticky stuff or use it if people are running in the lower groove, it gives them an extra lane to go up there and make passes on the outside. It’s not meant to be the primary groove, it’s just meant to be an option if you need it."

Hamlin, who won last weekend at Pocono, was encouraged how well the traction compound worked there.

“Pocono, for the first time, I would venture to say more passes were made on the outside at Pocono than the inside and that is a bottom-feeder race track and has been for many years," Hamlin said. “It wasn’t perfect, but certainly was a step in the right direction and it’s something we can now build on for next year. I’m excited about it. We found a very good Band-aid for some of these tracks that have been pretty challenging as far as one lane."