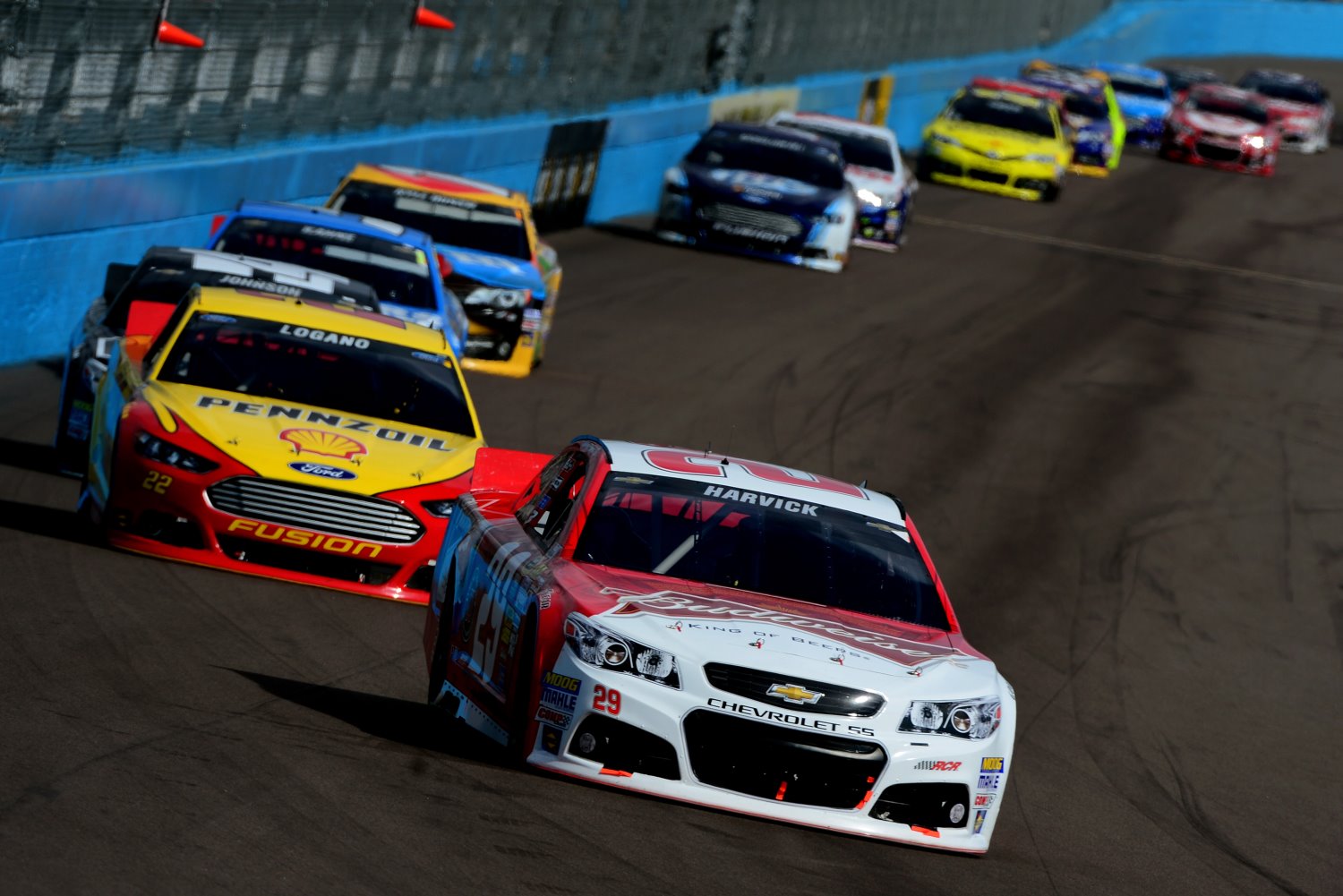 Kevin Harvick passed an out-of-gas Carl Edwards on the next-to-last lap to win Sunday's AdvoCare 500 at Phoenix International Raceway as Jimmie Johnson padded his advantage in the NASCAR Sprint Cup Series standings to strengthen his quest for a sixth championship heading to next weekend's season finale.

Johnson finished third to take a 28-point lead over 23rd-place finisher Matt Kenseth into next Sunday’s final race of the season at Homestead-Miami Speedway after an adventurous day for both prime championship contenders. Harvick is the only other driver with a mathematical shot at winning the championship, but he would need a disaster from the two front-runners to overcome his 34-point deficit and clinch his first title.

The victory was Harvick’s fourth of the season, fourth on the 1-mile Arizona track and 23rd of his career in NASCAR’s top series. He led 70 of the 312 laps and was 1.796 seconds ahead of runner-up Kasey Kahne at the finish. Johnson, Dale Earnhardt Jr. and Kurt Busch completed the top five.

Johnson started from the pole position but dropped to sixth place by the end of the first lap. His No. 48 Hendrick Motorsports Chevy slid high after contact from Joey Logano shortly after a three-wide battle for the top spot with early leader Denny Hamlin.

In the 162nd lap, he also was forced high out of the racing groove after the trio of Johnson, Edwards and Harvick ran out of room heading into Turn 1.

Kenseth’s adventures predominantly came on pit road. The former series champion got off cycle just before the halfway point and battled an ill-handling car through much of the day, reporting to crew chief Jason Ratcliff that his car was “undriveable." Worse, a miscommunication on a 164th-lap stop under caution resulted in a dramatically sluggish trip to pit lane that lasted nearly 26 seconds and dropped Kenseth from seventh to 29th in the running order.

Harvick, ironically, ran out of gas as he made his final pit stop in the 267th lap, slowing on the backstretch. After a quick refueling visit, he rallied.