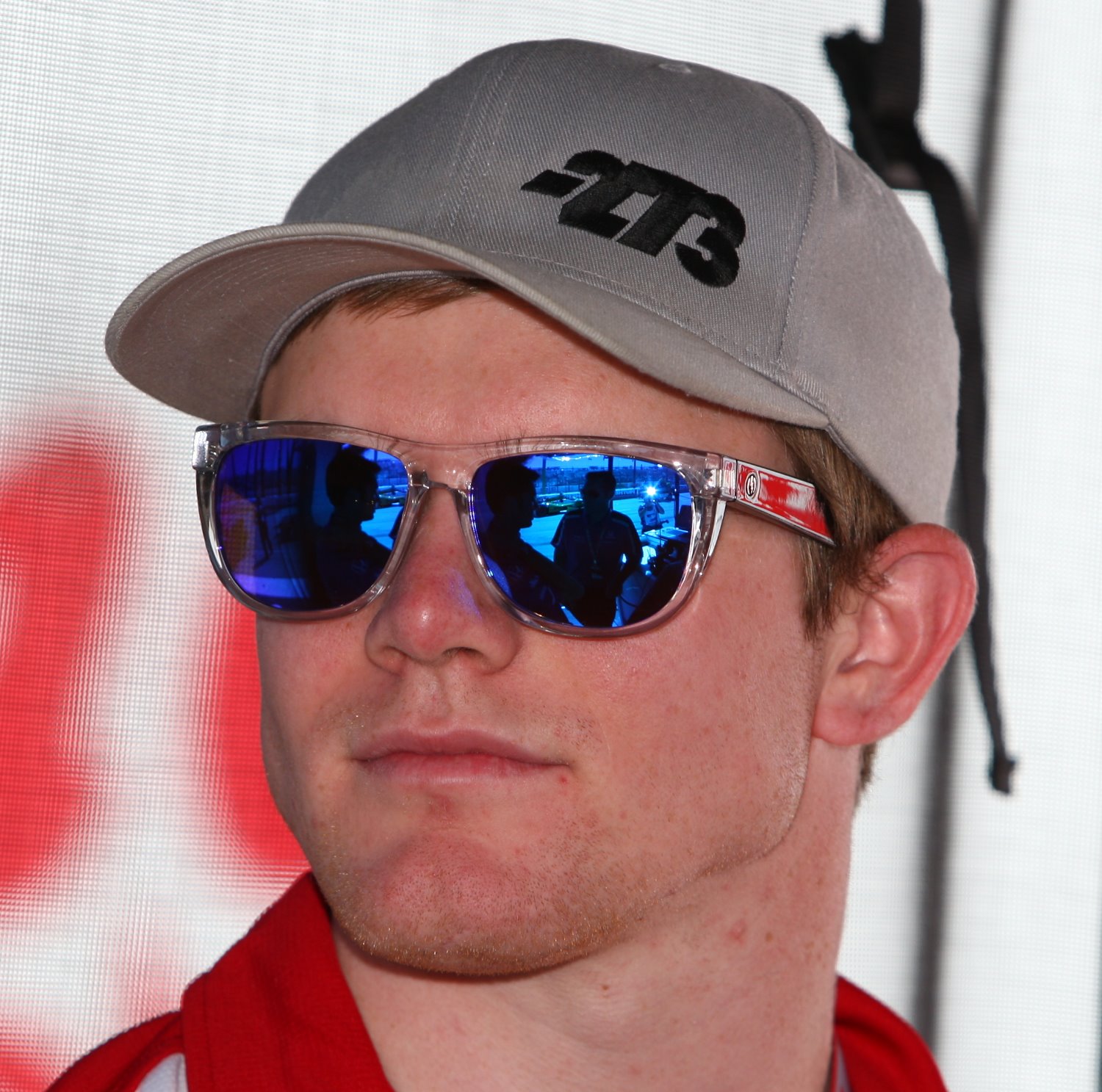 He's won races on multiple continents in numerous junior formulae such as Indy Lights, Star Mazda (now Pro Mazda), GP3 and MRF Challenge Formula 2000. He's won championships in Star Mazda and MRF Challenge. He comes from good bloodlines as his father raced in both Formula One and Indy Car, and was a longtime racing broadcaster. Heck, his mother once raced jet skis. His stepfather is currently the president of the Indianapolis Motor Speedway.

According to Google Maps, he attended high school 13.3 miles from IMS. And while everyone knows Formula 1 has long been his goal, there are hints that either the funding has run out, the opportunities become too few, or a combination the two, and Conor Daly might be willing to abandon the F1 dream. Such a scenario inevitably leads us to IndyCar, because Hoosier natives with the resume, pedigree, bloodlines, intelligence, and training of young Daly, aren't exactly standing on every street corner in Marion County.

Now, generally speaking I am of the firm belief that sanctioning groups should not be underwriting drivers and teams. I also am aware that IndyCar is not in what you might call a position of financial strength.

Still, if you are IndyCar, and presuming you are at the least bit serious about returning this once prominent sport to glory, Daly's potential availability presents a golden opportunity; an opportunity that would have been unforeseen 12 months ago.

Raised locally, groomed professionally at some of the world's most romanticized racing cathedrals such as Monza, Spa, Monaco, and the Nurburgring, Daly boasts a resume and racing education we have not seen from any American Indy Car driver of this era. While I'm not going to proclaim young Daly to be some sort of messianic figure, who will magically spark an IndyCar Renaissance, let me be clear on this: if there is anyone who could, it is the Noblesville, Indiana native.

And short of backing up a fully stocked Brinks truck to young Mr. Daly, IndyCar needs to do absolutely, positively everything possible to insure 2014 is the year his IndyCar career commences full-time.

Of course, Indy Car racing has not had a homegrown Hoosier who is a legitimate contender to win races on a regular basis since arguably Tony Stewart. Stewart, of course, won three IRL races and the 1997 IRL Championship before switching to NASCAR, and his Indy Car success occurred during a period of disunity.

Now, I would be remiss to not mention Hoosier native Ed Carpenter, winner of two Indy Car races, and two pole positions. The classy, likable Carpenter is also nothing short of an outstanding ambassador for the sport. But he is not a contender for race wins on a regular basis. Plus, given that IndyCar has primarily evolved into a road racing formula over the past few decades, the sport has become entirely disconnected from what were once its origins, and the venues in which Carpenter cut his teeth — dirt tracks in the Midwest.

Overwhelmingly, the last couple generations of native Hoosiers have been nurtured in a formula nearly completely divorced from that of modern Indy Car racing. Ryan Newman, who grew up racing midgets and sprints, and went on to NASCAR stardom, would be a perfect illustration.

Daly, of course, has taken a different, rather circuitous, path to the top. Whereas, Carpenter, Stewart, and Newman all cut their teeth in front engine open-wheelers on dirt, Daly chose to climb the ladder in stiff, spring, rear-engine formula cars, primarily designed for road racing.

In other words, Daly is arguably the first Hoosier racing standout of this era to be nurtured and trained properly for modern Indy Cars. And while the extent to which Indy Car racing is a road/oval racing formula will always be something of a debate, it is currently skewed significantly towards being a road racing endeavor. And aside from Carpenter, all modern Indy Car drivers cut their teeth in junior formulae that emphasized road racing.

Of course, some American IndyCar drivers such as Charlie Kimball and Josef Newgarden have competed and enjoyed moderate success in the cutthroat European junior formulae. But with no intention of impugning Newgarden and Kimball, neither are even in the same discussion as Daly, in terms of success abroad.

Also, keep in mind, last month IMS announced a new IndyCar event, a race on the Speedway road course in early May. While many in the industry have questioned the ability of IMS to draw a crowd for a road course race, I know someone who would help.

Yes, if Daly were in a mildly competitive ride, his performance in junior formulae would indicate he would potentially be a contender to win the first Brickyard Grand Prix, reminiscent of Indiana native Jeff Gordon winning the inaugural Brickyard 400. At the very least, Daly boasts all the necessary talent, bloodlines and charisma, to be IndyCar's next star. And the fact he is a native Hoosier gives IndyCar a local to promote.

But at the end of the day, this is about so much more than next year's inaugural IMS road course race, something Gordon helps to illustrate.

For too long, the next potential star, particularly potential American stars have gotten away from Indy Car. Gordon, who has enjoyed a monumentally successful career in NASCAR, of course was once viewed as the poster child for the ignorance of Indy Car owners, who looked abroad to the European and South American junior ranks in lieu of home grown talent. To a lesser extent, Americans who have been successful in the junior open-wheel ranks such as Jon Fogarty, Casey Mears, Alex Gurney, Jonathan Bomarito and a host of others have been forced to look beyond Indy Car to make a living as a racing driver.

Recently, we witnessed supremely talented sprint car driver Kyle Larson sign a deal with Chip Ganassi's NASCAR Sprint Cup team. In short, over the past two decades we've also heard a lot about 'what might have been' with certain drivers getting away from IndyCar, in lieu of NASCAR, sports cars, whatever.

That is however, water under the bridge, at this point. Right now, IndyCar is a sport that desperately needs heroes; a sport desperately yearning to reconnect with not only the American public, but also its home base in central Indiana; a sport desperately in need of a supreme talent with skill and charisma to draw new fans in spades.

They have someone, who has been groomed as no American IndyCar driver of this generation has, staring them right in the face. And if rumors are to be believed, young Daly is very available, contemplating what his next step will be. IndyCar needs to seize the opportunity and make damn sure Conor Daly doesn't become another 'what might have been.'