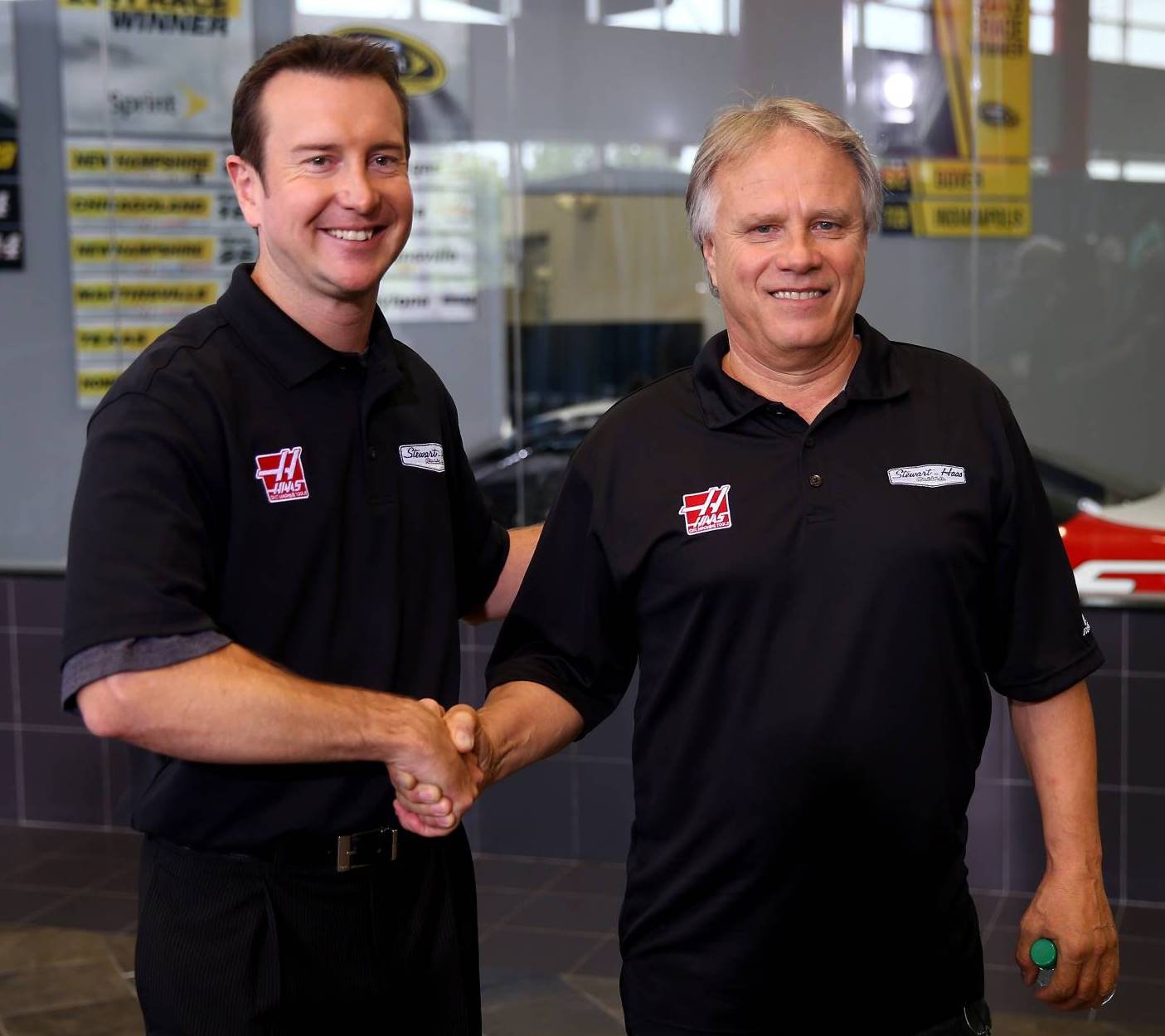 Stewart-Haas Racing have announced Kurt Busch as the newest addition to their driver lineup for the 2014 season, bringing Busch back into a premiere multi-car team and creating a powerhouse organization that will be a force to be reckoned with in the championship battle next season.

Busch, who will finish out the year driving for Furniture Row Racing, signed a multi-year contract to join team co-owner Tony Stewart, current rookie-of-year contender Danica Patrick and Kevin Harvick, who announced just last month he was joining the team in 2014 in place of Ryan Newman.

“The excitement is just at an all time high," said Busch. “To be in this position, it's amazing to have (team co-owner) Gene Haas call you up and say, ‘Let's go do this, win some races together.’
“The opportunity is about people. Stewart Haas, Gene, Tony, this combination is so powerful. That's what makes it so exciting.

Stewart-Haas Racing was started by team owner Gene Haas as a single-car operation in 2003 before Stewart bought part of the team in 2009 and led them to a championship in 2011.

With the addition of Busch, the team – essentially a satellite-team for Hendrick Motorsports – will go into the 2014 season boasting a lineup with four Sprint Cup titles and 93 career wins between them and Hendrick horsepower under the hood.

The announcement caps a whirlwind week for Busch, who was presented with offers from both Stewart-Haas and Furniture Row Racing this week. Busch had also been rumored to be pursuing the vacancy left behind by Harvick at Richard Childress Racing, which shares a technical alliance with Furniture Row Racing.

Busch has led Furniture Row Racing to one of their best seasons, putting them on the verge of making the Chase for the Sprint Cup for the first time in their nine-year history.

“You know, I got a bunch of phone calls, of course, in the last couple weeks," said Busch. “What made this opportunity for me so unique is the people that are involved and the teammates that I will have to work with. Harvick is a fierce competitor that knows how to get the most out of his car. Tony is the same way.

“Harvick and I in the past, Tony even, we are now in a better spot in our careers to be able to do this."
The last month has been a turbulent one for Stewart-Haas Racing as well, who just weeks after signing Harvick lost championship contender Tony Stewart for the rest of the season after he broke his right leg in a Sprint Car crash, sending the team scrambling for substitute drivers – ultimately bringing in rookie Austin Dillon and veteran Mark Martin to fill the drivers seat of the no. 14 Chevrolet.

With Stewart out of commission, Haas pursued signing Busch without him, making an offer on his own to bring Busch into the fold.

“I didn't have really a chance to talk to Tony about it at all since he wasn't really talking to anybody, so I kind of did this on my own, probably overstepped my authority a tick there," said Haas. “I'm not used to having too many authorities to work with. I've been pretty much on my own. I did realize that Tony might be a little bit upset about it.

“When I finally did talk to him, he was saying, maybe we should wait a little while. I think he actually said, you need to wait a while. I kind of made an offer to Kurt here, I don't know if he's going to take it or not, and if he takes it, I'm not backing down. That's where we were."

With his latest move to Stewart-Haas, Busch will be driving for his fourth team in the last four seasons and his fifth team since making his first Sprint Cup start in 2001 driving for Roush Racing.

Since then, he’s been unceremoniously dismissed from Roush Racing as well as Penske Racing, and spent a tumultuous season with Phoenix Racing in 2012 that saw him placed on probation for a post-race incident at Darlington and later suspended one race for threatening a reporter.

Busch later joined Furniture Row Racing to close out the season, replacing Regan Smith in the no. 78 Chevrolet.

On his move to Furniture Row, Busch said he wanted to find a team that was committed and “competitive on a serious note every weekend" and saw it as a stepping stone to getting back to being a championship contender.

Now, with Stewart-Haas, he believes he’s back where he needs to be, and has the perfect car number in mind for his new ride.