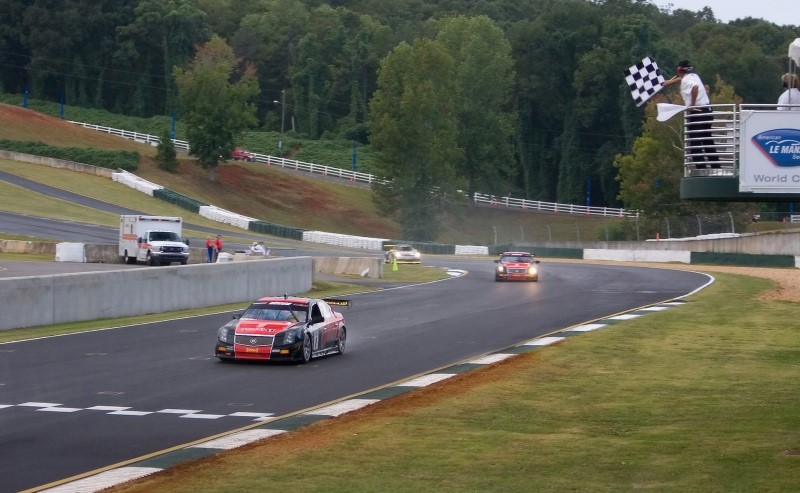 Number Five – “Wanna win? You need a trailer like that."

So said a racing friend in the summer of 1986 at Bloomington Speedway. We were walking past a huge semi tractor-trailer loaded with two spare chassis, half a dozen engines and a crew of ten mechanics. It belonged to some teenager named Jeff Gordon who was supposed to be the next big thing in racing. We all know how that turned out.

Nevertheless, I was a slow learner. It took me many years to accept that in auto racing, nothing replaces the deliberate and profuse expenditure of filthy lucre.

Number Four – “That's one more guy I don't have to beat."

Wally Dallenbach, Jr. uttered these immortal words to me as we sat in the Outdoor Channel's sound studio in Temecula, California in the summer of 2007. We were hosting a desert racing program for the network and the series director was sitting in on the voice-over session, passionately illustrating how caring the racing teams were because they would routinely stop on the race course to assist someone else who had suffered a mechanical failure.

This was an entirely new concept to Wally and I. When the series director left the room, Wally looked at me and laughed, “Every time I drive past a DNF, I'm thinking, 'Yeah, baby! That's one more guy I don't have to beat.'"

Number Three – “Relax He's got nothing for you."

My dad's voice crackled over the radio as I entered Turn 3 at Indianapolis Raceway Park with a half-second lead over the second-place car. I could've gone faster, but my spotter knew I didn't need to.

Rick Mears was said to be a master at preserving his racecar. He undoubtedly learned this in his early days as an off-road desert racer, where the attrition rate frequently soared past fifty percent. At Indianapolis in 1979, Mears practiced this to perfection when Bobby Unser lost the lead due to mechanical troubles and defaulted the win to Mears. He won the '88 500 by preserving his ill-handling car despite being a lap down halfway through the race.

A good racecar driver is a vicious predator until he gets the lead, after which he becomes an asset manager. Mears knew this. So did my dad. And we won our race that day at IRP.

Number Two – “That's the highest level we could race and still be competitive."

That was Kenny Irwin, Sr's response when a friend of mine asked him why he was putting his amazingly talented son in a USAC midget in the mid-1990's. We all thought he would go straight into what was then the Busch Series, or maybe Silver Crown (which he did shortly thereafter). We were wrong.

Irwin's message was clear… spend your money where you can win. You're better off racing successfully at a lower level than racing for last position at a higher level. Granted, many others have done it in reverse, but it's hard to argue with the plan that launched the incredible career of Kenny Irwin, Jr.

Number One – “You can be right all day and still end up in the fence."

It's September of 2000. We go under the bridge and accelerate down into Turn 12, the fastest corner at Road Atlanta. I'm passing Hurley Haywood for third and have good position on the inside. Despite my front wheel being nearly even with his, he had no clue I was there. He turned right into my path. Trying to avoid him, I overreact and put my right front tire up on the curb at 90 miles an hour. Bad move. The front end of my car pops into the air and I become a passenger. I collect Haywood and we both hit the wall.

Haywood flies into a tantrum, tells me off and spends the next 90 minutes ranting on pit road to anyone who would listen. After the race, I ran into Elliot Forbes-Robinson who called me over for a chat. I hoped for a sympathetic ear. I didn't get one.

I explained to Forbes-Robinson that I had good position and that Haywood should have been paying attention and seen that he was being passed.

“Yeah, I know. I saw the whole thing. I was right behind you. Not many people on pit road are going to defend Hurley Haywood," Forbes-Robinson said.

“But you can be right all day and still end up in the fence."