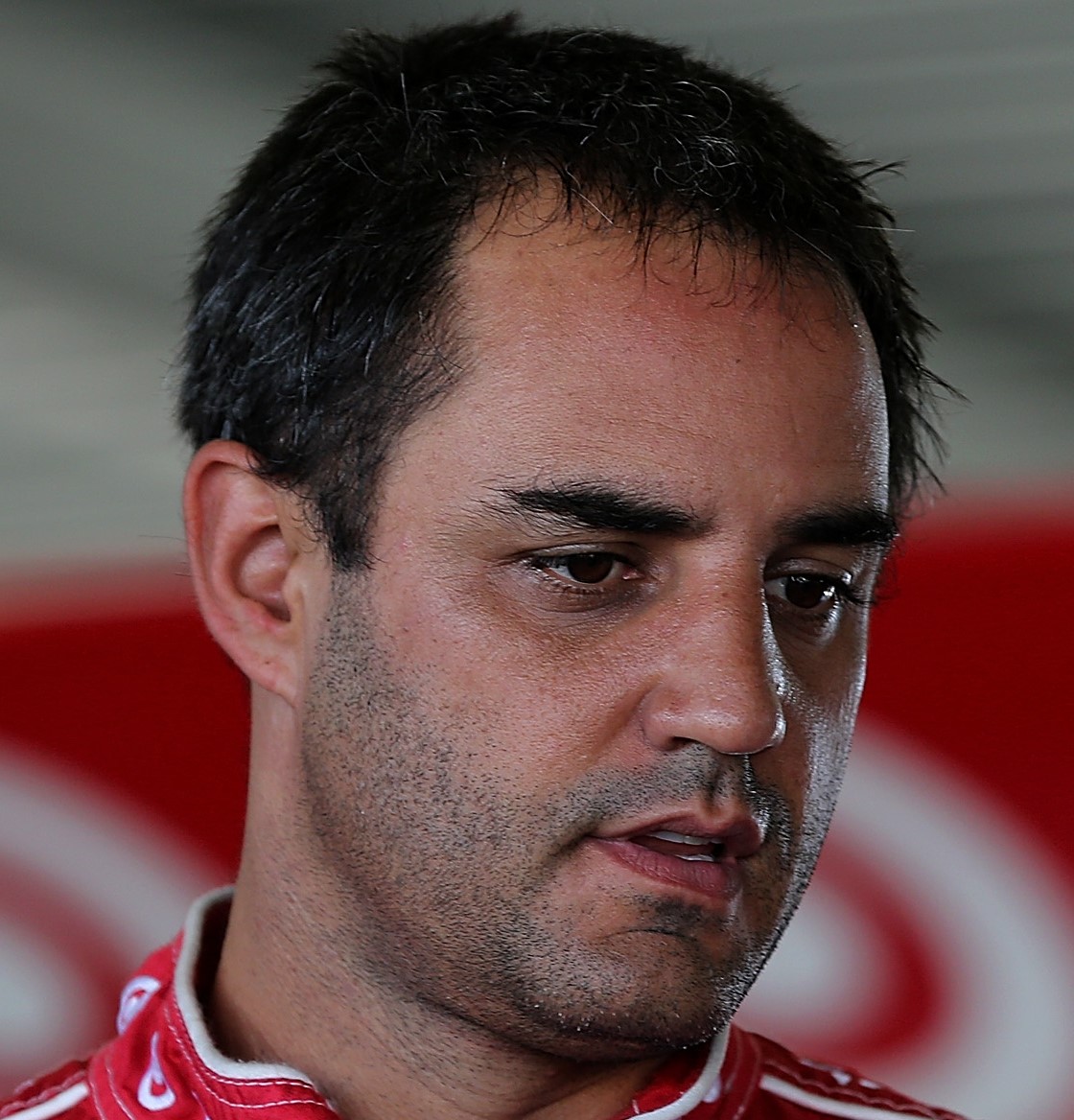 When Juan Pablo Montoya left Formula One for NASCAR in late 2006, the move created shock waves on both sides of the Atlantic — in Europe, where it seemed unthinkable that an F1 driver would leave for stock cars, and in North America, where it raised global awareness of what was already the most competitive major form of auto racing in the world. It was an unprecedented event, a driver trading Monaco and Spa for Martinsville and Sonoma. Montoya arrived in the Sprint Cup Series with all the buzz of an international rock star.

Seven years later, it’s easy to forget what a watershed moment that was. Montoya’s long career with car owner Chip Ganassi — and potentially in NASCAR — is ending with a whimper, a simple non-renewed contract at the end of a lost season, and with us having witnessed only a fraction of what he might have been capable of in a stock car. Yes, he lived in Miami rather than North Carolina, and often spent his weekdays windsurfing rather than at the shop, but Montoya fully embraced the openness of the NASCAR garage area, and fully appreciated how hard Sprint Cup cars are to drive.

Ultimately, that might be Montoya’s legacy — underscoring just how difficult it is to succeed at NASCAR’s premier level, even for someone who has won an Indianapolis 500 and seven career events in F1. This was a guy who had all the tools, who entered NASCAR with an established record of success, who won a major oval race, who was known for having an aggressive and physical style that would appear to translate perfectly to cars with fenders. And for a while, it did. In his third season, Montoya was a factor in the title race until a poor finish at Charlotte midway through the Chase for the Sprint Cup.

That was the high point. The seasons since have been slog, dismal campaigns that have eroded memories of just how electrifying Montoya can be behind the wheel. His decline has coincided with a makeover of his race team, which last year included a purge top executives at Earnhardt Ganassi Racing. Given that teammate Jamie McMurray has fared little better — save for his magical three-win season of 2010 — it seems clear some of the issues Montoya has fought are organizational in nature, making it difficult to lay all this solely at the foot of the driver.

“He should have won a bunch of races, so he's certainly capable," Martin Truex Jr., teammate to Montoya at EGR in 2009, said last week at Michigan. “It's all about team chemistry and getting with the right people that all believe in each other, and all kind of work together well and push for that common goal. Maybe they just don't have that right now. I don't know. It's hard to comment. It's hard to speculate because I don't know the details."

At least on the outside, the changes seemed ineffective, even though Montoya and McMurray have both raved about an improved working atmosphere within the organization. Still, in a performance-based sport, results ultimately tell the tale. Montoya has showed some flashes this season — most notably at Richmond, where he nearly won — with crew chief Chris Heroy, a former engineer at Hendrick Motorsports who came aboard last year. And in truth, the No. 42 team is enjoying a nice stretch now, finishing 11th or better in three of its last four starts.

But it’s all too little, too late.

“They were sort of on decline," Kyle Busch said. “… I think that had a little bit to do with bringing in a lot of new people. They pretty much cleaned house and brought in a lot of new people. They got rid of [Tony] Glover, they got rid of Steve Hmiel, and they brought in some new blood. Chris Heroy — I'm a huge fan. I love him. I think he's a great crew chief and knows a lot and is very smart. I think he knows a lot about race cars. Last year I think was his learning year. Being a crew chief, he never was a crew chief in Nationwide, nothing. He jumped to a Cup crew chief, and I think there's the same to be said of the driver. The Cup Series is so different that there's a lot to learn there."

Seven years is a long time, though. In the Sprint Cup ranks, only seven other drivers have been with their current teams as long as Montoya has been with EGR — Jimmie Johnson, Jeff Gordon, Denny Hamlin, Kevin Harvick, Jeff Burton, Carl Edwards and Greg Biffle. No shortage of success there, Ganassi and Montoya are close. Going back to their first stint together in open-wheel, and it’s unlikely Montoya would have jumped to NASCAR had Ganassi not been the one to reach out. As with any relationship, things can grow stagnant over time. Would Montoya have been better served leaving for another team that turned out more competitive cars? Perhaps. But given his loyalty to Ganassi, it’s hard to imagine he ever really considered it.

So now what? Montoya becomes the latest player in a free-agent drama that developed a curious subplot in recent days, when it became evident that Stewart-Haas Racing was targeting Kurt Busch for a potential fourth car in 2014. That seems an out of character move for SHR, which has always been conservative on the idea of expansion, waiting for sponsor and driver to align rather than risk overextending its reach. Then again, Busch is a special talent who has a good relationship with Stewart dating back to the Prelude to the Dream, and surely the hottest commodity on the market given the wonders he’s worked carrying single-car Furniture Row Racing to the brink of the Chase.

Then there’s Ryan Newman, in his last days with SHR — because, we thought, the team didn’t want to accommodate a fourth car with Kevin Harvick coming aboard — and still looking for a ride for 2014. AJ Allmendinger has surely enhanced his status with two Nationwide Series victories this season for Penske Racing, which also has a decision to make on Nationwide points leader Sam Hornish Jr. And is Ganassi really prepared to put developmental driver Kyle Larson in the No. 42 car, despite his relative lack of experience at the national level?

The only certainty seems that those drivers will all be racing in NASCAR next year in some capacity — something that can’t necessarily be said about Montoya, whose breadth of open-wheel experience surely opens other doors. The Associated Press has reported that Michael Andretti’s IndyCar team is courting Montoya heavily for next season, and the Colombian may have offered a clue to his destination in his media session at Michigan last week.

“My heart," he said, “always has been in open wheel."
It would be a sad thing indeed if these final weeks of the 2013 season are Montoya’s last in a stock car. Forget what he did off the track, where his role in raising NASCAR’s profile in Spanish-speaking markets cannot be overstated. The true wistfulness lies in that we so rarely were able to witness Montoya at his best — the brazen driver who took on Michael Schumacher in F1 and took on Stewart in the 2009 Chase, who competed with such tenacity and abandon, who could be mesmerizing and infuriating all at the same time. Whether that’s because the driver stagnated or the team regressed, it doesn’t really matter. We all lost as a result.

Maybe something unforeseen will happen yet this season to cap Montoya’s NASCAR adventure, or maybe some ride will materialize to extend it. Barring all that, what are we left with after nearly seven years? Two victories on road courses, two likely Brickyard triumphs given away by mistakes, one Chase berth, a few memorable tussles on the race track — and plenty of questions about what might have been. This article appeared on NASCAR.com