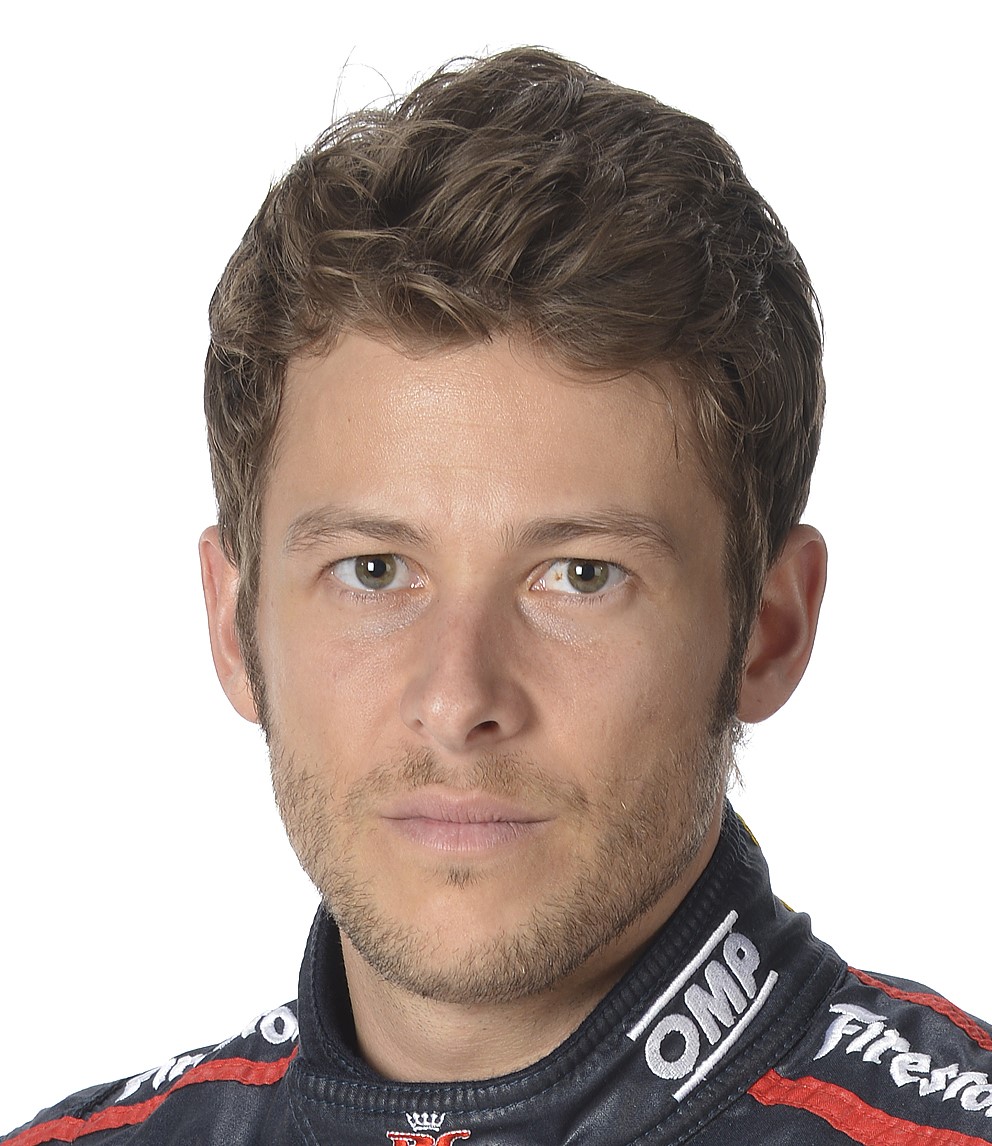 I had the pleasure of attending today's media luncheon for The Grand Prix of Baltimore Presented by SRT. The luncheon was held at Kona Grill on Pratt Street, the main straightaway, and hosted by Dave Curley and Harry Hammel of Sandy Hillman Communications, the public relations firm of The Grand Prix. The guest of honor was driver of the #25 RC Cola Chevrolet Marco Andretti.

Andretti, who currently sits fourth in the 2013 Izod IndyCar Series championship standings, drove down for a noon lunch from his home in Nazareth, PA. He noted that the trip normally takes three hours, but he managed to make it in two and a half. He also noted that he was somewhat under the weather as he had been travelling for the better part of a week. Of course, Andretti tested in Sonoma ahead of next weekend's GoPro Indy Grand Prix of Sonoma, where he won in 2006, and will also test again at the track next Wednesday.

In the meantime, he plans to kick the cold and get some rest.

Today, however, young Andretti took a few hours of his time to meet with members of the media, most of whom were local Baltimore media. In a rather relaxed setting, Andretti spoke on a variety of topics, and I found some of his answers quite interesting. Enjoy.

Of course, much has been made about Andretti working with a driving coach this past offseason. And while he briefly mentioned that, he said that much of the improvement came from "spending time in the office."

He spoke of watching in-car cameras of certain drivers (notably Ryan Hunter-Reay), studying hands, braking points and overall comparing his data with that of others. He mentioned that grandfather Mario told him, "there was no magic," and that he would be wise to study what other successful drivers were doing. The conclusion as Andretti has said on numerous occasions was he was "overdriving," the car, or too often "asking for something that wasn't there."

Also, Andretti noted that he has made a conscious effort to improve his mental approach. He says he tries to not dwell on what could have been, rather ask "what can we do," to improve.

Of course, Andretti did say that while he was happy with the improvement, he still wasn't satisfied, and won't be until he is regularly winning races and championships.

That said, Andretti has had some disappointing finishes in 2013, but if you go back and look at the season, he has yet to have even one really bad weekend.

On the inevitable comparisons with his father and grandfather:

Marco said there is "always pressure." However, the pressure that comes with carrying the Andretti name "is no greater than the pressure I put on myself."

On the Baltimore circuit:

Interestingly, we racing people often think of chicanes as somewhat Mickey Mouse. However, Andretti said the chicane that was in place the first two years to slow the cars before going over the Light Rail tracks was incredibly tricky and "hard to get right lap after lap."

Of course, the chicane this year has been changed somewhat. Still, I found the answer interesting, and now that I think about it should have followed up.

As for the rest of the circuit, Andretti said it had a good variety of corners, passing opportunities, and was "very physical."

Michael Andretti, has of course, relocated to Indianapolis while Marco lives at his father's house in Pennsylvania's Lehigh Valley. While I didn't get the exact details of the property layout apparently grandfather Mario lives rather close by. Marco noted that he often sees his grandfather walking his dog near his house, and joked that he should call 911 if he comes on his property

For some reason, I found that quite humorous.

Also, Andretti pointed out that Michael's house had a golf course, but that he didn't play much, because he lacked the patience for golf. I should have offered to swap houses with him.

Young Andretti did mention to a local reporter how close he came to winning the 2006 Indy 500. I, somewhat cautiously, mentioned to him that it looked like Sam Hornish, Jr. had nitrous oxide in his engine, Marco smirked and said, "yeah, something like that."

Marco noted that he had and would in the future look to drive sports cars on off weekends for IndyCar. But he said "his heart," was in IndyCar. And when the subject of NASCAR was inevitably brought up, Andretti seemed to have no real interest. In fact, he replied noting that his pole record at Pocono was 41 mph faster than Jimmie Johnson's NASCAR speed. He also referenced other instances for the local media of how Indy cars were faster than stock cars.

This was an example of Marco selling IndyCar, something that occurred a few times during the lunch.

Considering that the media in attendance was more local (to my knowledge I was the only "IndyCar" media in attendance), there were questions that were of a somewhat elementary level in terms of racing. This, of course, happens regularly at IndyCar events, as the local media are covering the event from a local perspective, whereas someone from a racing outlet is covering the event from a racing perspective.

Let me just say, that Marco was very patient, and very good at explaining nuances of the sport to a non-IndyCar audience. While I've seen other IndyCar drivers do the same, Marco usually does not get the credit for being "media savvy," like some others. He should in this instance.

Ok, let's not go that far. Andretti is by nature somewhat shy, and reserved. And if one were to compare Marco to his father or grandfather, Marco probably tends to be more reserved like Michael. Further, no one will ever mistake Marco for say, his Andretti Autosport teammate James Hinchcliffe. When listening to the outgoing Canadian one almost gets the sense, whether this is the case or not, Hinchcliffe actually enjoys talking to the media. And while this is an observation not a criticism, you don't get that sense with Marco.

Still, what I did see in Andretti today was not necessarily a personality change but greater self-awareness, if you will. While he isn't necessarily a natural with the public, I saw a deliberate effort on his part to make a good public impression and engage others even if they weren't terribly knowledgeable about racing.

This was the first time I've witnessed Andretti outside the setting of a race weekend. So, in fairness, I can't say harkens back to an interview from three years ago, and say this has changed or that has stayed the same.

However, from my observations, I came away with a sense that Andretti has made significant strides in the past year. He talked at length about the measures he took to improve his driving, and also seemed cognizant of making a good public impression. I also did not hear any excuse about we should have won this race, or deserved to win that race. In other words, the attitude of Andretti had not a hint of entitlement. Rather, his attitude seemed to be we've improved this year, yet still have a ways to go.

Overall, I was impressed with Andretti's outlook and insight. He seemed self-assured of the steps he had taken, and confident of the prospects that lie ahead.

In closing, I would like to thank Harry Hammel and Dave Curley for hosting today's luncheon. I would also like to thank Marco for sharing his insights, which I hope everyone enjoyed.