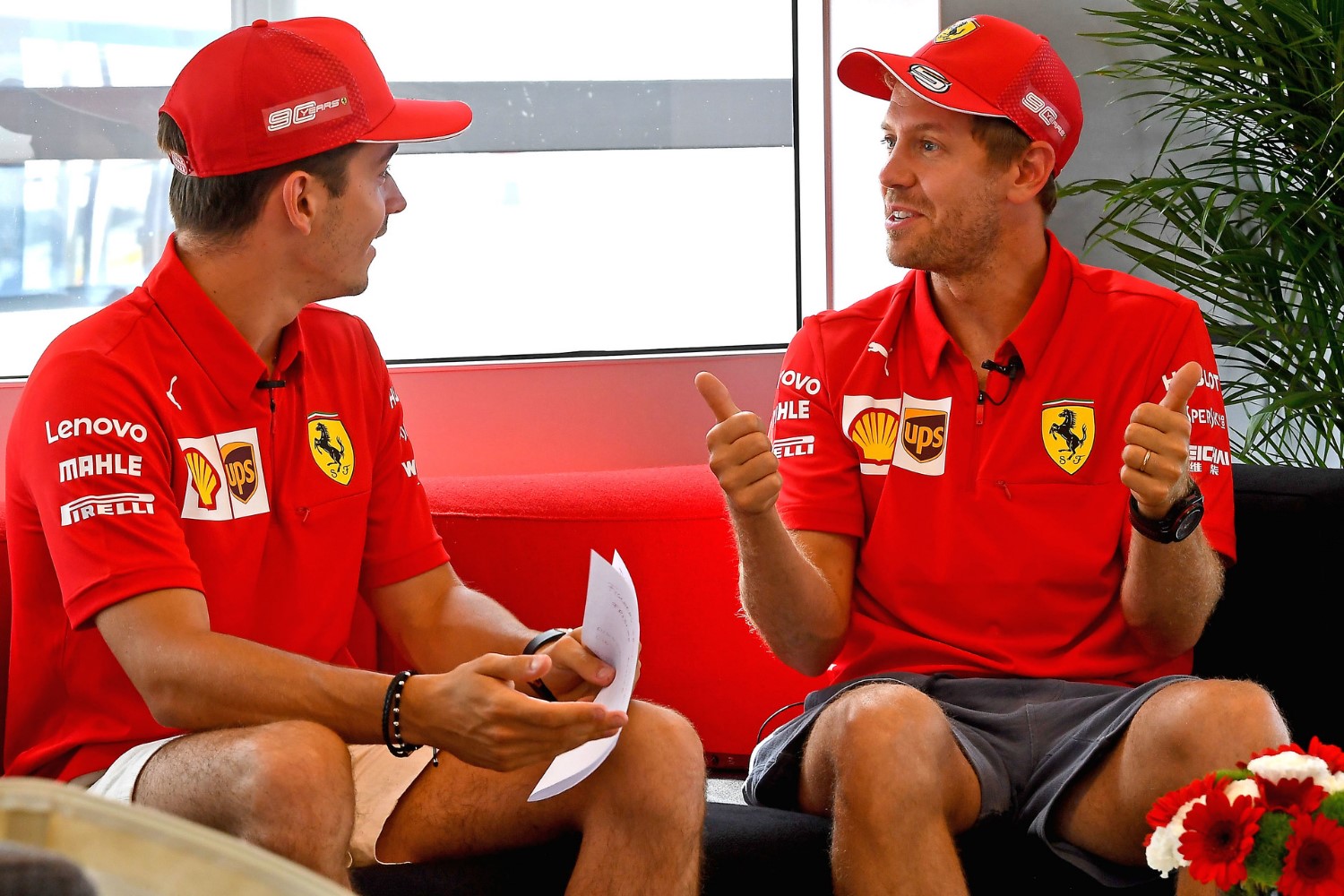 Last year, Frederic Vasseur was Leclerc's first Formula 1 team boss, when the Monaco-born driver made his debut for Sauber.

"I did not expect that Charles would settle in at Ferrari so quickly," Vasseur, still in charge of the team now known as Alfa Romeo, told the French broadcaster Canal Plus.

"Everything seems a bit more difficult for Vettel. Both of them are under pressure from Mercedes but Leclerc is coping with it better," he added.

Many are now predicting that it is only a matter of time before Leclerc takes over as Ferrari's top driver.

"Charles had a great first half of the season," Vasseur continued. "Of course, that was not the case at every race, but I'm not talking about his crash in Germany.

"Last weekend also ended badly for both of the Mercedes drivers," he said. "The last two corners were very slippery and many made mistakes.

"But from the beginning of the weekend he (Leclerc) looked fast enough even to be on pole, and he also performed strongly in the three or four grands prix before it."