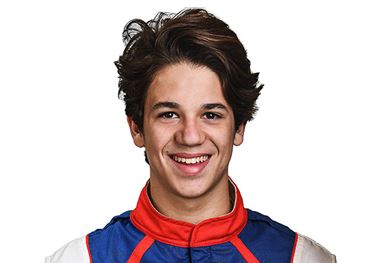 DEForce Racing is pleased to announce that they will be running in the final two rounds of the 2019 Cooper Tires USF2000 Championship with Brazilian driver Eduardo Barrichello.

Barrichello has had eleven starts this season with his former team, Miller Vinatieri Motorsports where he achieved three top-ten finishes and one top-five finish. The Brazilian will close out the season with DEForce Racing in the No. 91 Ale and bib's sponsored machine.

Barrichello is the son of Rubens Barrichello, who won eleven F1 races in a career that spanned nineteen years from 1993-2011. His father also drove in the 2012 Verizon IndyCar Series season alongside longtime friend Tony Kanaan. Rubens Barrichello continues racing stock cars in Brazil and is supportive of his son carrying on the family racing legacy.

“I’m really happy to have the opportunity to drive with DEForce for the last two race weekends of the USF2000 season. I want to thank Miller Vinatieri Motorsports for their support throughout the year. Now I’m looking forward to the new challenge ahead of me."

“We are very honored to have Eduardo onboard for the last two rounds of the USF2000 season. Everyone on the team has always been a fan of Rubens, and we are very humbled to have their family be a part of our program.

Eduardo has shown great pace this year, and we are going to work hard to give him the best opportunity to challenge for podiums and to establish an ongoing relationship. We are happy to welcome Eduardo and the Barrichello family and are looking forward to getting started in Portland."