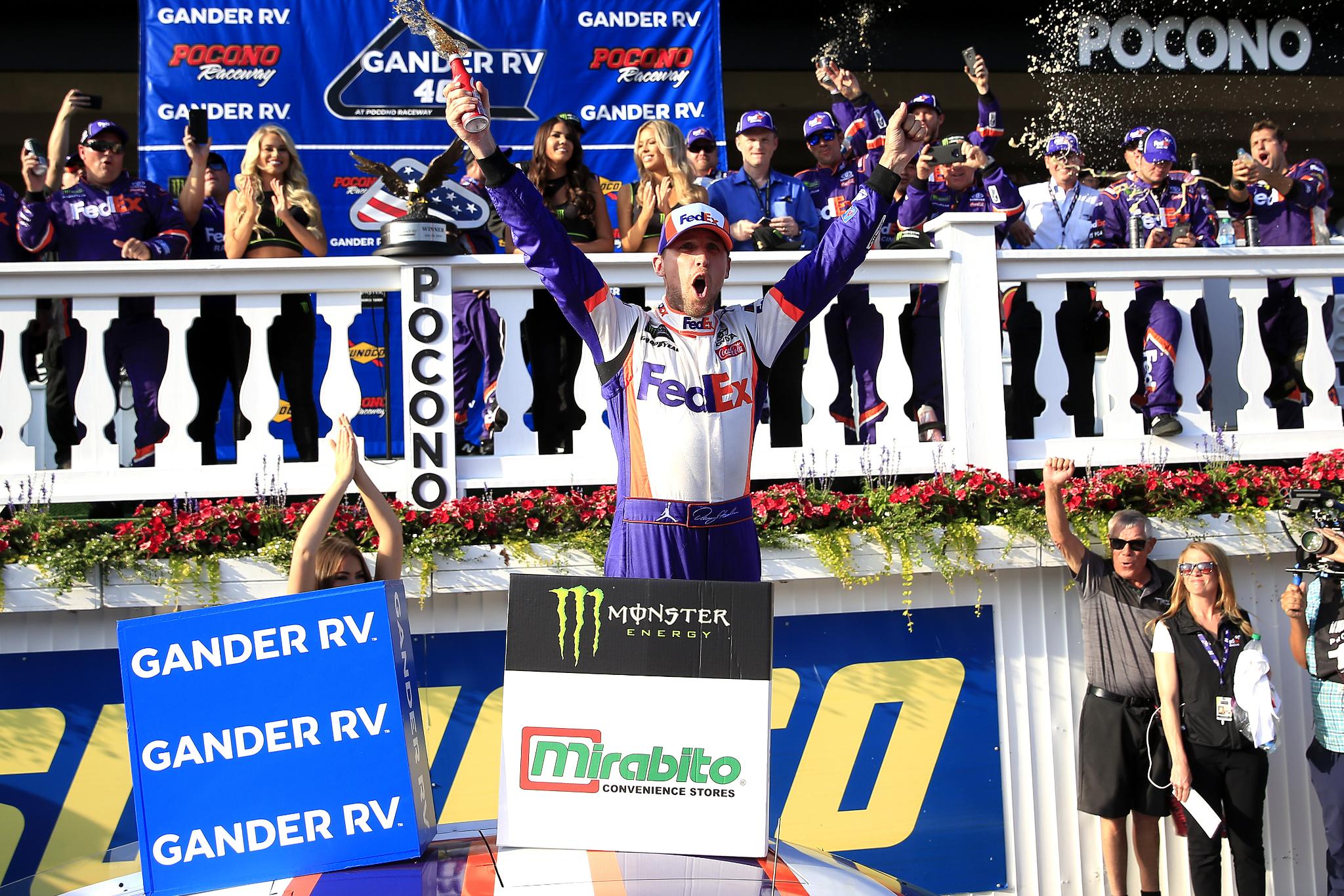 NASCAR on Tuesday announced four penalties after this past weekend’s Pocono and Iowa NASCAR races.

In the Cup Series, Chris Gabehart, crew chief of the race-winning No. 11 Joe Gibbs Racing Toyota driven by Denny Hamlin, was fined $10,000 for lug nut violations.

Also penalized $10,000 for lug nut violations in the Cup Series is Chad Johnston, crew chief of the No. 42 Chip Ganassi Racing Chevrolet driven by Kyle Larson.