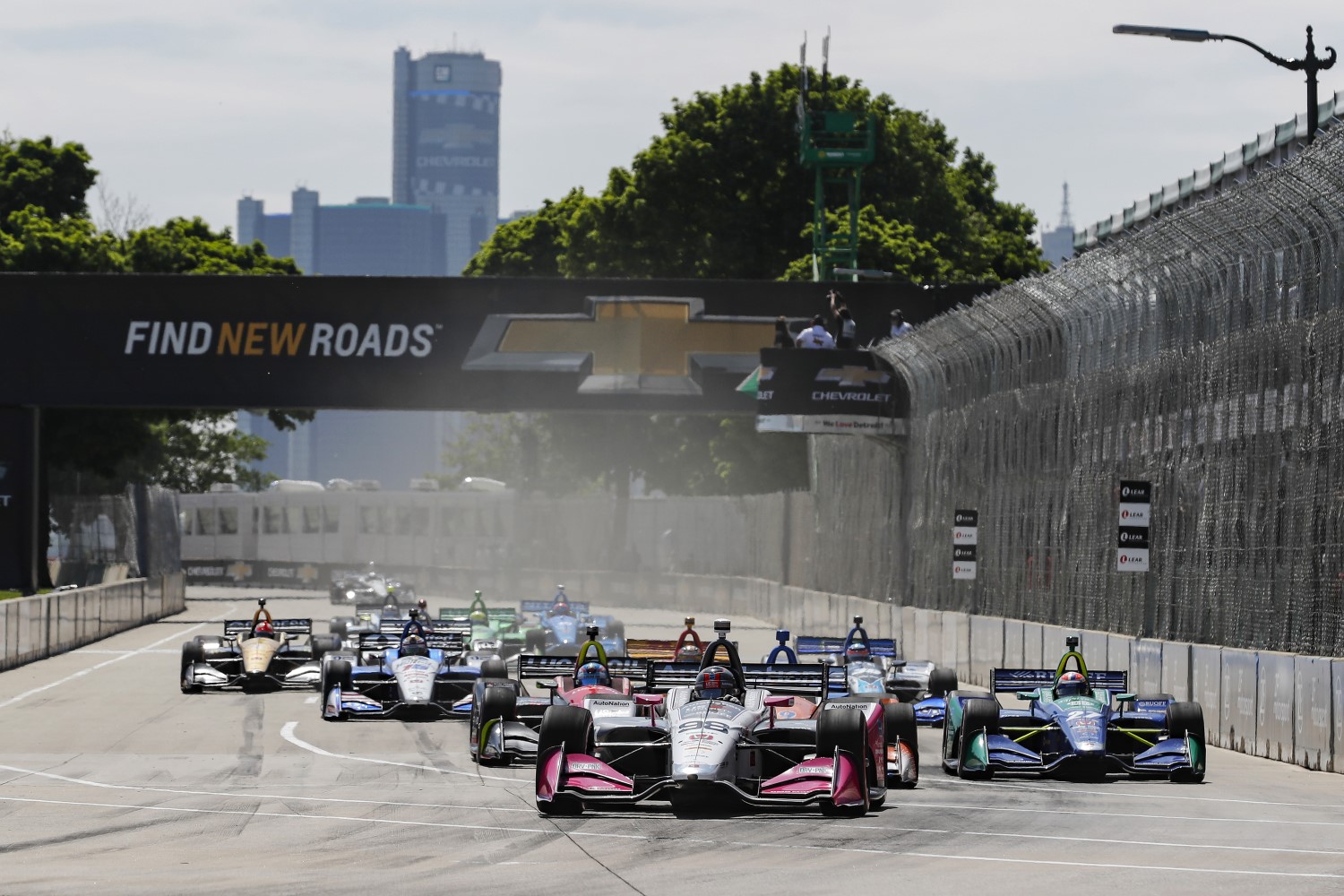 The PGA Tour announced the dates for next year's Rocket Mortgage Classic PGA Golf Tournament, making for a busy week in Detroit next summer.

The golf tournament will now be held May 26-31, 2020, at the Detroit Golf Club. That will coincided with the Detroit Grand Prix, the IndyCar Series weekend of racing at Belle Isle, which is scheduled for May 29-31.

“With the Rocket Mortgage Classic and the Detroit Grand Prix being held during the same week, we will have another excellent opportunity to shine a bright, international spotlight on the city of Detroit," Jason Langwell, executive director of the Rocket Mortgage Classic, said in a release. "Viewers will have a front-row seat to some of the best excitement and energy Detroit has to offer."

Nate Lashley claimed his first PGA Tour victory in the inaugural Rocket Mortgage Classic, which was held in the last week of June this year. Langwell said the PGA Tour assigned the new date. He had no input on it, but welcomes the additional spotlight on the city.

"The Chevrolet Detroit Grand Prix presented by Lear has become a tradition in the Motor City and we're excited to share the May 29-31 weekend in 2020 with the Rocket Mortgage Classic, which began building its own tradition in Detroit this year," Bud Denker, Detroit Grand Prix chairman, said in a release. "Both of these events bring a tremendous benefit to our city and to Southeast Michigan, from the annual economic boost to our region to showing the world all that Detroit has to offer through the highest levels of both motorsports and golf competition."

The tournament is now the week before The Memorial Tournament, hosted by Jack Nicklaus and usually home to many of the bigger names in the sport.

The Rocket Mortgage Classic is now two weeks after the PGA championship and three weeks before the U.S. Open, two of the golf calendar's four major tournaments.

It's not clear if this move to late May will be permanent. The PGA Tour's 2020 schedule takes into account the Tokyo Olympics, in which golf is one of the events.

"Rocket Mortgage has been a great partner with the Grand Prix over the years and we look forward to working together with the Rocket Mortgage Classic in the coming months to make this one of the biggest weekends in Detroit sports history," Denker said.

"We know Grand Prix folks really well we may explore some partnerships that could be mutually beneficial," Langwell said.

Tammy Carnrike, chief operating officer of the Detroit Regional Chamber of Commerce, highlighted the potential economic benefits for the city in an email to the Free Press.

“We are proud of all of the developments and activities happening in the Detroit region, and we look forward to sharing them and Michigan with the world during the various high-attendance events in May/June," Carnrike wrote. "From the hospitality industry standpoint it will be a great economic impact to have the Rocket Mortgage Classic and the Grand Prix followed by the North American International Auto Show, to continue Detroit’s ongoing economic revitalization."

The auto show, traditionally in January, is moving to June for 2020. Detroit Free Press