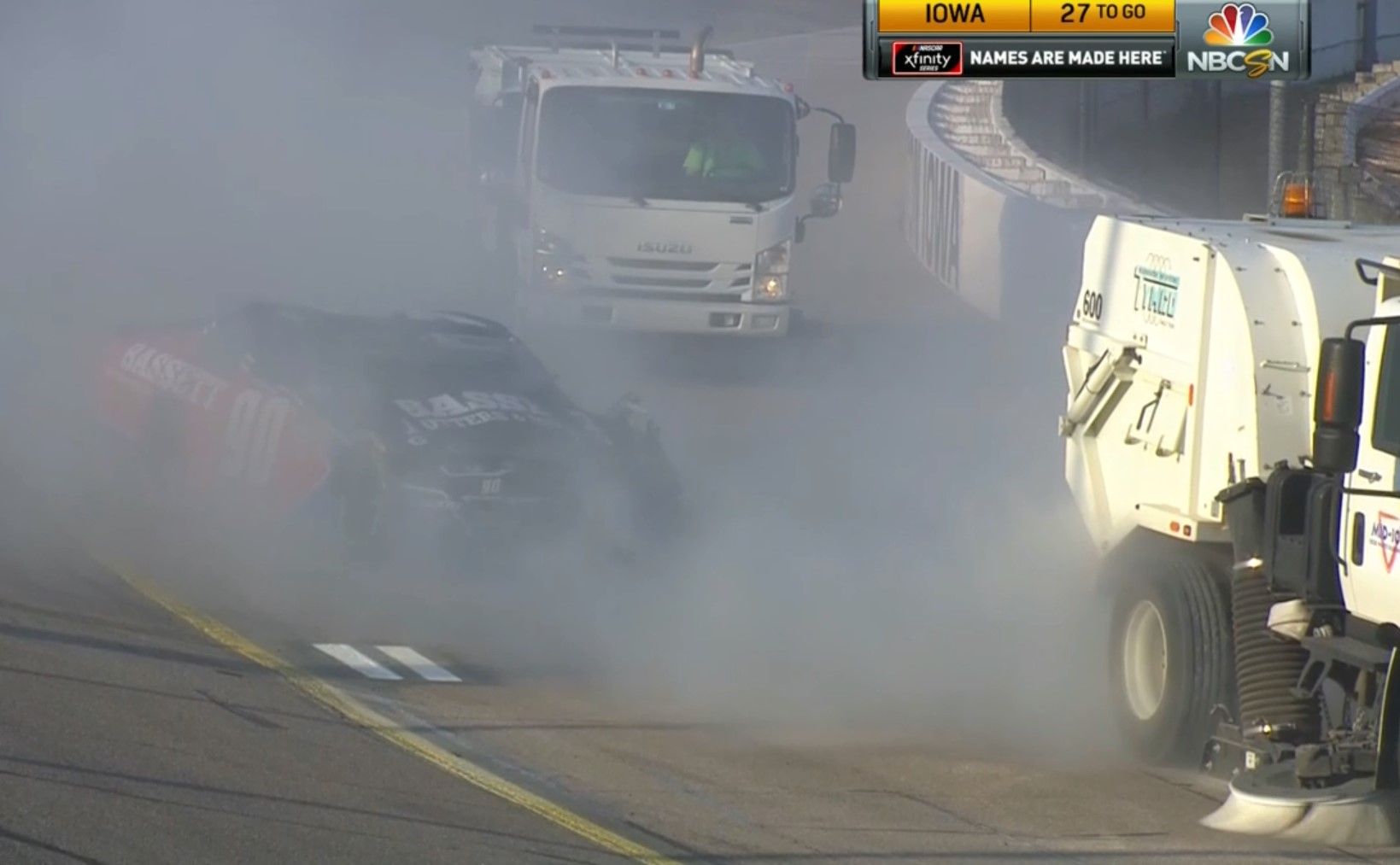 Dillon Bassett wrecks out after he crashes into the back of the sweeper truck as he attempts to make a late pit stop in the U.S. Cellular 250.

A NASCAR senior executive suggested Monday that series officials could have delayed opening pit road by a lap in Saturday’s Xfinity Series race at Iowa Speedway to avoid the incident Dillon Bassett had with a sweeper.