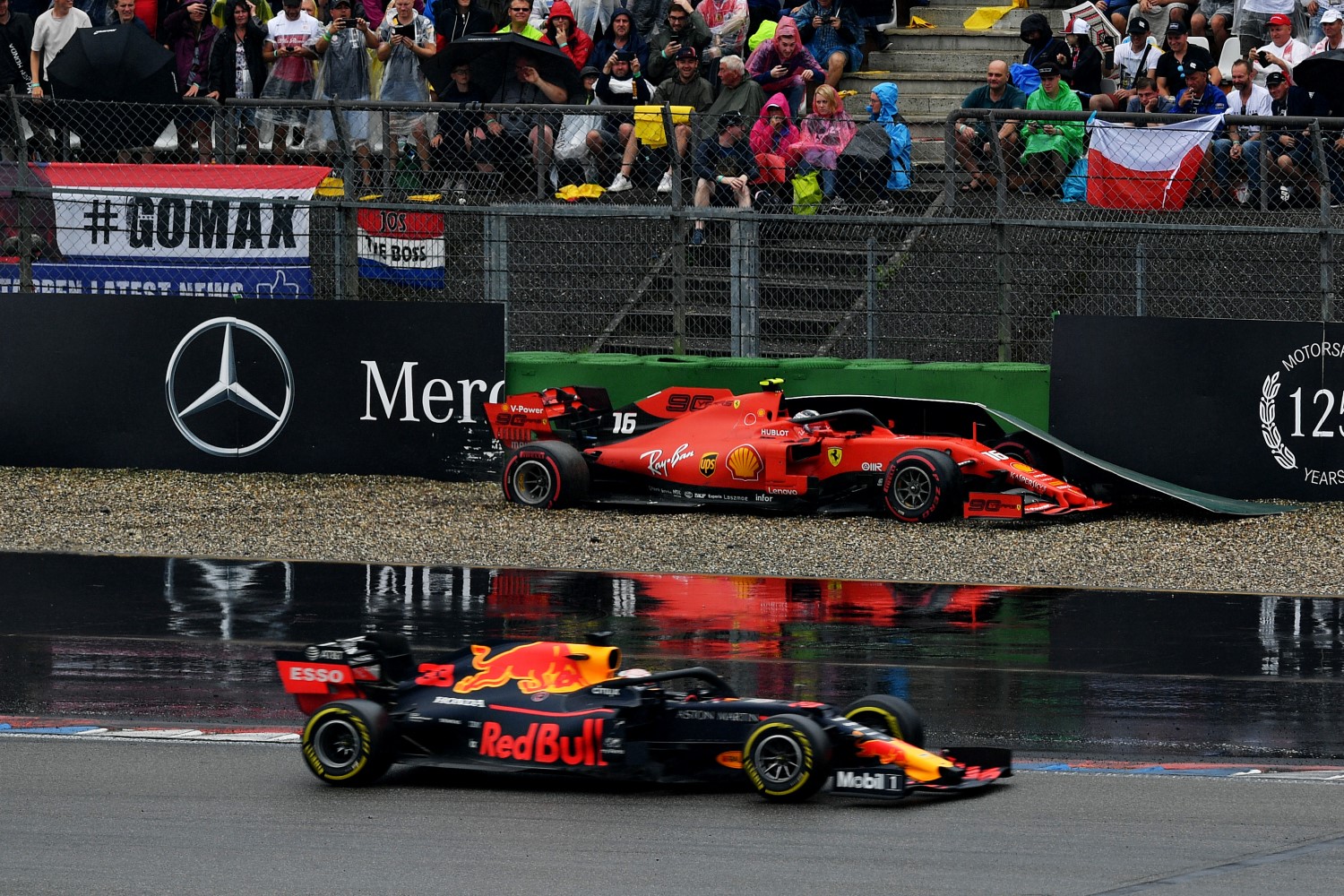 Mattia Binotto said Charles Leclerc “will get over" his race-ending crash at the German Grand Prix while he was in contention for victory.

Leclerc crashed from fourth place on lap 27 of 64 in slippery conditions at Hockenheim on soft compound tires as the rain increased.

The outside of Turn 16 proved to be a hazard throughout the race, with numerous drivers such as Lewis Hamilton, Nico Hulkenberg and Kimi Raikkonen all ran out of talent on the wet tarmac, and heavily contributed to Leclerc’s failure to stop the car after running wide because of a snap of oversteer.

Leclerc had been catching leading trio Hamilton, Valtteri Bottas and Max Verstappen with a succession of fastest laps.

“He’s aware today was an opportunity missed, but he will get over it," said Binotto.

“There are plenty more races and there is no doubt that the guy is very quick and today he was delivering an extraordinary performance.

“It’s true that maybe we could have come away with more today, but that’s racing."

Leclerc’s team-mate Sebastian Vettel produced a comeback drive to finish second from twentieth and last on the grid, after a turbo issue prevented the German from setting a time in qualifying.

“We are very happy for Seb as this fantastic second place is a great confidence boost," Binotto continued.

“He has been in great form all weekend and today he produced a brilliant drive, coming through from the back of the field."

“The car worked well all weekend, in all conditions," he reported.

“Today it proved to be quick, even in the final part of the race in the dry on a much cooler track than we had to deal with in the extreme heat on Friday.

“That is definitely an important consideration, as was the fact it also went well in the wet.

“Thanks go to all the crew in the garage who worked so hard to get the cars fixed this morning so they were ready to race.

“We’ve had some difficult moments, but it’s at times like these that you see what the team is made of and that’s the important thing."