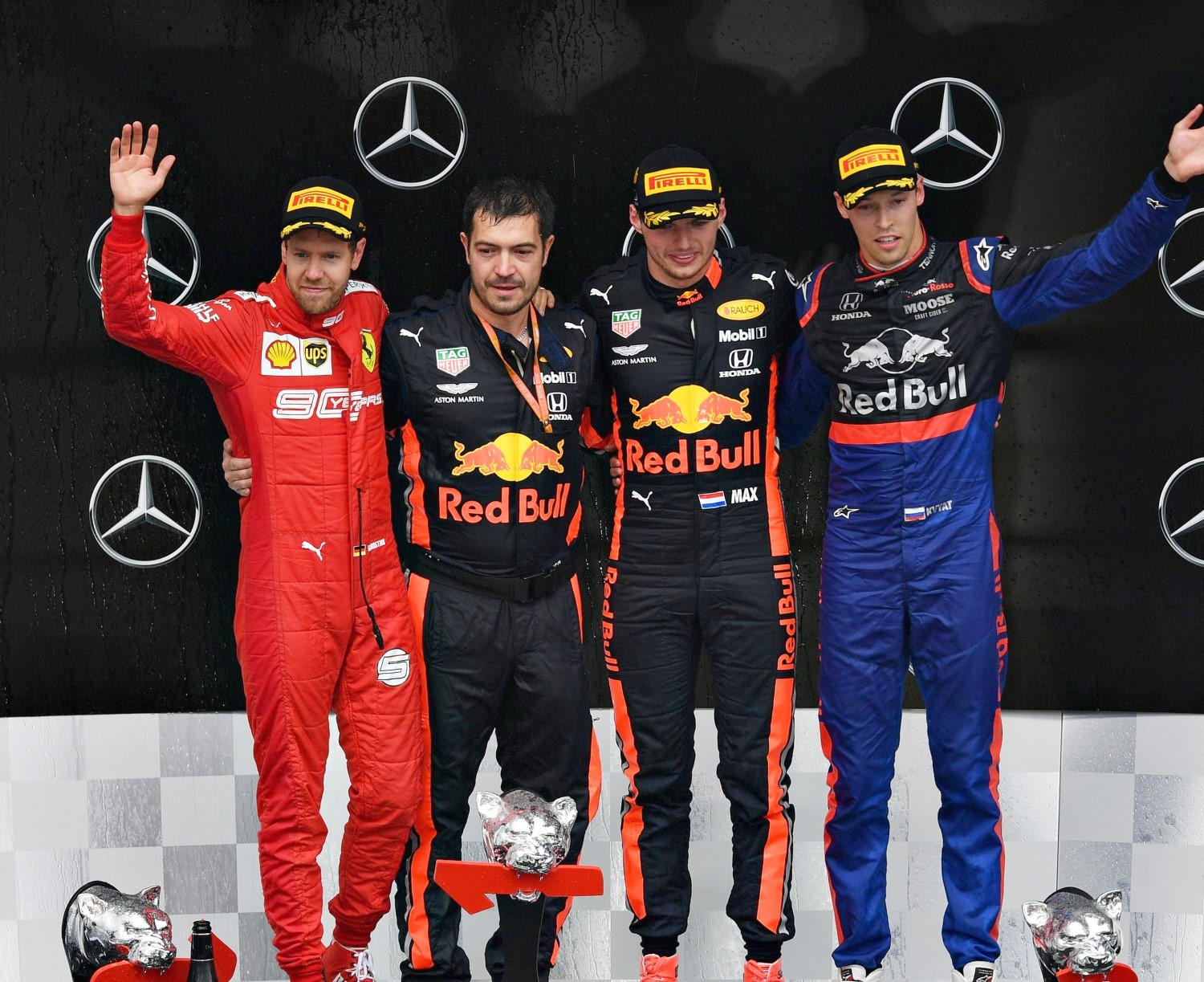 (GMM) Max Verstappen has played down his chances of winning the 2019 title.

However, the Dutchman and Red Bull-Honda are clearly on the rise, having won two of the last three grands prix, including Sunday's sensational wet race at Hockenheim.

2019 had looked to be turning into a Lewis Hamilton whitewash, but Verstappen's successes of the last month means the gap to the championship lead is 63 points with the whole second half of the long season still to run.

When asked about his title chances after winning at Hockenheim, Verstappen answered: "I don't know. They're so miles ahead in the championship.

"It (the points gap) is more than two victories, and they (Mercedes) are still the dominant team, I think. Today was just very tricky out there and yeah, it was not their day."

But the Verstappen camp is not ruling the title out altogether.

The 21-year-old's manager, Raymond Vermeulen, thinks it is not just wet weather or Mercedes' mistakes that are powering Red Bull's progress.

"We still have to take a small step," he told the Dutch publication Formule 1. "But if you look at Silverstone, we could have finished second and had pole position so I think we are really much closer.

"You could see that even at Mercedes there can be panic with the pitstops, but for us everything was perfect, so compliments to the team," Vermeulen added.

It was only a month ago that the Verstappen camp was hinting about leaving Red Bull, with the existence of a performance clause in his 2020 contract revealed.

But any talk of Verstappen's Red Bull exit has now gone quiet.

"You know what it is," Vermeulen said. "This business is synonymous with performance, so everyone has performance clauses. Everyone wants to be at the highest level.

"We always said 'We are very happy here but we want to win'. Well, we are winning now," he added.

And so, with 10 races still to go, a sensational world championship win for Verstappen and Red Bull-Honda cannot be discounted.

"I really think we will have a very strong second half."