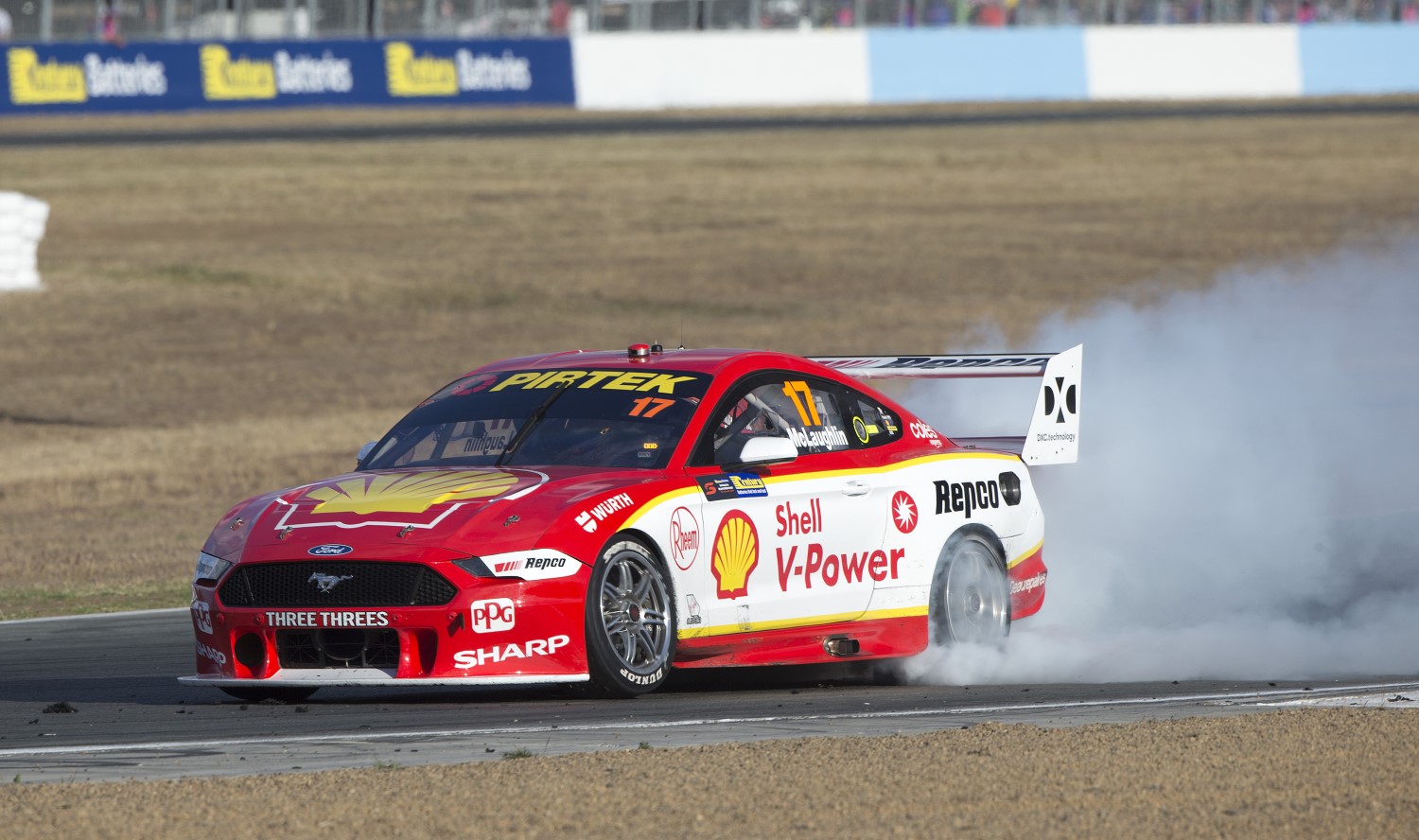 Scott McLaughlin has been fined $13,000 for his post-race celebrations after winning Race 20 at the Supercars Century Batteries Ipswich SuperSprint Sunday.

Stewards have issued two separate fines to the championship leader for his post-race burnout and for displaying a non permitted item on the podium.

McLaughlin has been handed a $10,000 fine for showing a poster celebrating Ford’s manufacturers’ championship triumph which was achieved with the Kiwi’s 14th win of the season.

In addition to this fine, McLaughlin has been relieved of another $3000 for completing a burnout past the nominated points on the circuit.

“Following a post-race DRD investigation and admission of a breach of the End of Race Procedures for Race 20 (burnouts past the nominated points) by Car 17, Scott McLaughlin, the Stewards imposed the penalty of a fine of $3000 on Scott McLaughlin," read the stewards summary regarding the burnout.

“Following a post-race DRD investigation and admission of a breach of Rule E6.8.2 (non-permitted item on the podium) by Car 17, Scott McLaughlin, the Stewards imposed the penalty of a fine of $10,000 on Scott McLaughlin," it stated about the poster.

For each offense, the team has lost 50 teams’ points.

“Following a post-race DRD investigation and an admission of a breach of Rule D25.6.1.4 (Refuelling Tower) and of the Authorized Representative briefing instructions, by each of the following Teams, the Stewards imposed the penalty of the Loss of 50 Teams Championship Points and a fine of $10,000, $5000 of which is suspended until 31 December 2019," read the stewards report.