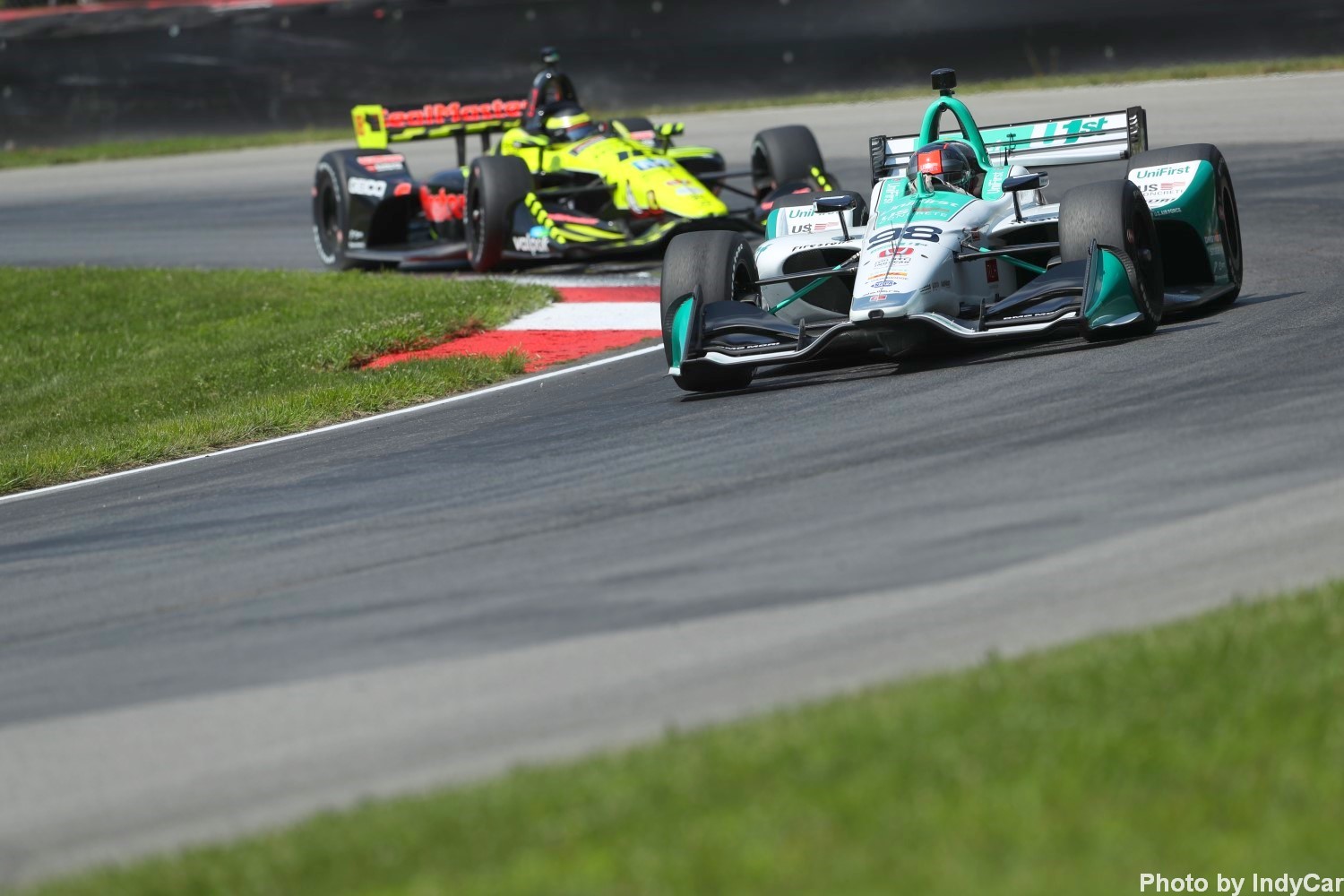 Rookie Colton Herta's HSR Honda was again on top when the third practice session ended for the Honda 200 at Mid-Ohio Saturday morning.

Alexander Rossi recovered from a lackluster Friday to go third quick 0.1699s behind Herta in his Andretti Honda.

James Hinchcliffe and rookie Santino Ferrucci rounded out the top-5, both in Hondas.