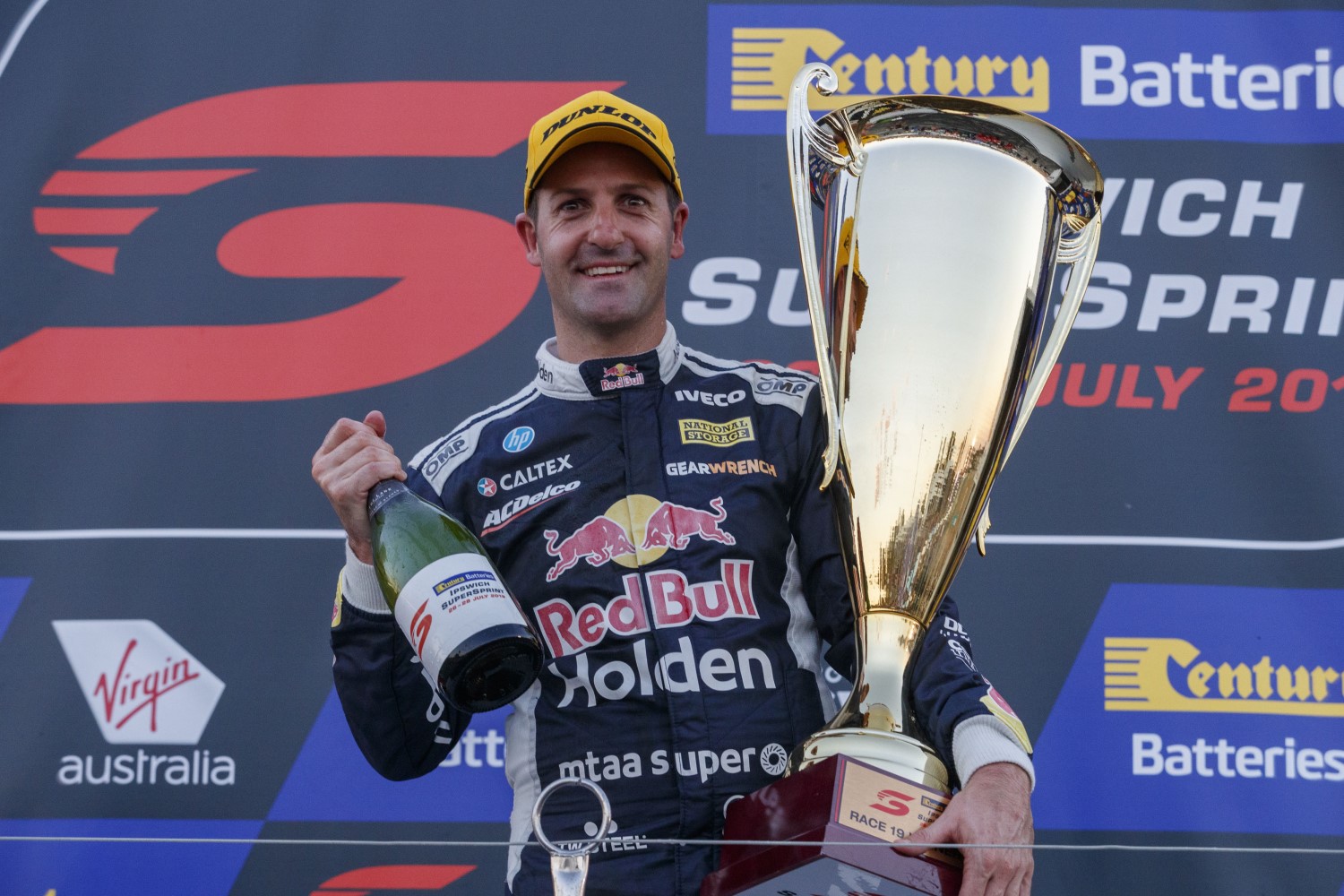 Red Bull Holden Racing Team’s Whincup became just the fourth driver to finish in front of Scott McLaughlin this year on the way to his first win of 2019 after he snatched the lead on the first lap and his team backed it up with a faultless pit stop.

Milwaukee Racing’s Will Davison, who is best mates with Whincup away from the track, scored his first podium with the team and first since the Supercheap Auto Bathurst 1000 in 2016, while Chaz Mostert picked up third.

It was Whincup’s first win since Sandown last year when he and co-driver Paul Dumbrell took victory, and also gave his team back-to-back wins following Shane van Gisbergen in Townsville.

Whincup has had four second places this year and six podiums, with today the first time he has converted to the top step.

“I have been reminded, especially in the last few months, that I haven’t had a win in a while," Said Whincup who sits sixth in the Championship.

A day after Whincup described the team as ‘in struggle street’ the performance was next to faultless.

“We have had a bit of a drought, it’s been a tough run, but we have been chipping away.

There is still a bit of a performance deficit there, but we are chipping away," he said.

“It’s also been a while since I have had a 1-2 with my good mate Will Davison here."

The arch rivals started side by side after McLaughlin scored another ARMOR ALL Pole Position for the year to surpass Peter Brock’s all-timer number of starts from the first grid box with 57, also bringing up 100 pole positions for Dick Johnson Racing, now known as Shell V-Power Racing.

With a great start Whincup muscled in on McLaughlin at the opening corner, first pushing him to the inside before executing a perfect criss-cross move.

Ultimately McLaughlin’s chance was shot when he lost valuable seconds in the pits with a jammed wheel nut while Whincup’s team had no such issues.

McLaughlin fell back through the field following the stop but fought back on the track for second before being overtaken by Davison and Mostert late in the race, finishing fourth ahead of Van Gisbergen.

“I am stoked. What a day," Davison said. “It has been a long time coming but it’s been a good weekend.

I am glad to get this monkey off the back now and hopefully there’s plenty more."