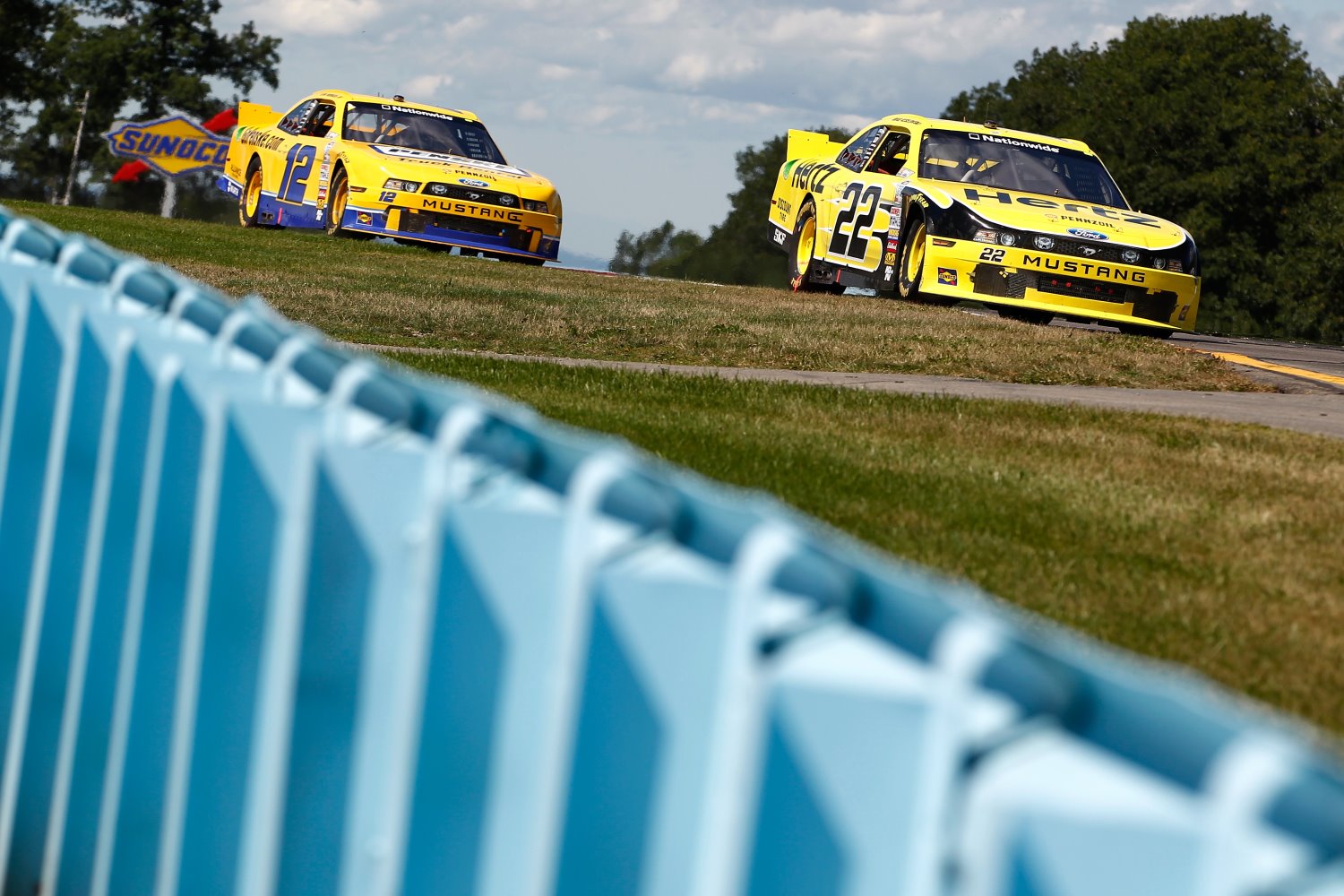 NASCAR's Nationwide Series took on the challenge of the New York based Watkins Glen International Raceway, a 2.45 mile road course with 11 turns. The August 10th Zippo 200 was filled with hard racing, along with some sheet metal contact, from the leaders all the way to the rear of the 40 car field.

THUMBS-UP. Brad Keselowski again rose to the occasion to win this race. "BK" led a race high 46 laps on the way to his fourth win of the season, his fourth straight win in four consecutive starts and his 24th series career win. His margin of victory was 1.418 seconds over Penske Racing team mate Sam Hornish Jr who led 15 laps of the race. Keselowski took command of the race with 16 laps to go after passing his other Penske team mate Joey Logano.

THUMBS-UP. Sam Hornish Jr's performance was outstanding all day long and led to the Penske racing one-two finish. Realizing that he was not going to be able to catch Keselowski, during the final moments of the race, Hornish wisely settled in for the runner up finish which elevated him to second in the championship points standings.

WHAT'S-UP. Joey Logano's team, in a third Penske Racing Ford, was playing the fuel mileage game while hoping for some help from a late race yellow flag. That didn't happen. Logano ran out of fuel on the white flag lap and had to settle for a 21st place outcome. Had it not been for the dry gas tank, Penske Racing would have scored a one-two-three finish.

WHAT'S-UP. Series points leader Austin Dillon had a miserable day at Watkins Glen, due to horsepower struggles, and really wasn't much of a factor in this event.

THUMBS-UP. The good news for Dillon is the fact that he left New York state still the points leader.

THUMBS-UP. With 12 races remaining in the NASCAR Nationwide Series season, Hornish Jr is now only three points behind Dillon in the standings. In fact, there are only 18 points separating the top five in what appears to be a most interesting run for the championship.

WHAT'S-UP. Did our eyes deceive us or was that really Kyle Busch crashing in the first turn of the very first lap of the race? In a very rare miscue, Busch was attempting to pass Sam Hornish Jr for the early race lead when the rear of his Toyota snapped around and spun.

WHAT'S-UP. Unfortunately Busch spun in front of Mike Wallace, a true victim from this incident who had absolutely no place to go to avoid the wreck. Busch's team was able to make repairs and he returned to the race and drove to a 24th place finish, five laps down. Wallace was, again, not so lucky. The damage to his car put the team out of the race and they finished 40th.

THUMBS-UP. The battle for the Nationwide Series' Owner's Championship could turn out to be one of the major story lines of the season. It's no secret that team owner's Joe Gibbs and Roger Penske really wants to take home this trophy and they're more than happy to utilize the talents of their superstar Sprint Cup drivers to get the job done. Back on July 27th, following the series' event at Indianapolis, Gibbs, and his #54 Toyota team, held a rather healthy 41 point lead over Penske's #22 Ford Team. Last week at the Iowa Speedway event the separation was 33 points. With Busch having early race problems and Hornish finishing second at Watkins Glen, the deficit has now been slashed to five points. This is going to be fun to watch.

THUMBS-UP. Brian Vickers put on another stellar performance for Joe Gibbs Racing, with his third place finish, and scored his fifth straight top five. That's means we the fans get treated to another ten percent off Monday at the Dollar General stores who sponsors Vickers.

THUMBS-UP. The NASCAR Nationwide Series is going to treat the fans to another round of road course racing next Saturday, August 17th, at Mid Ohio. This event is expected to be every bit as good as the Watkins Glen race.