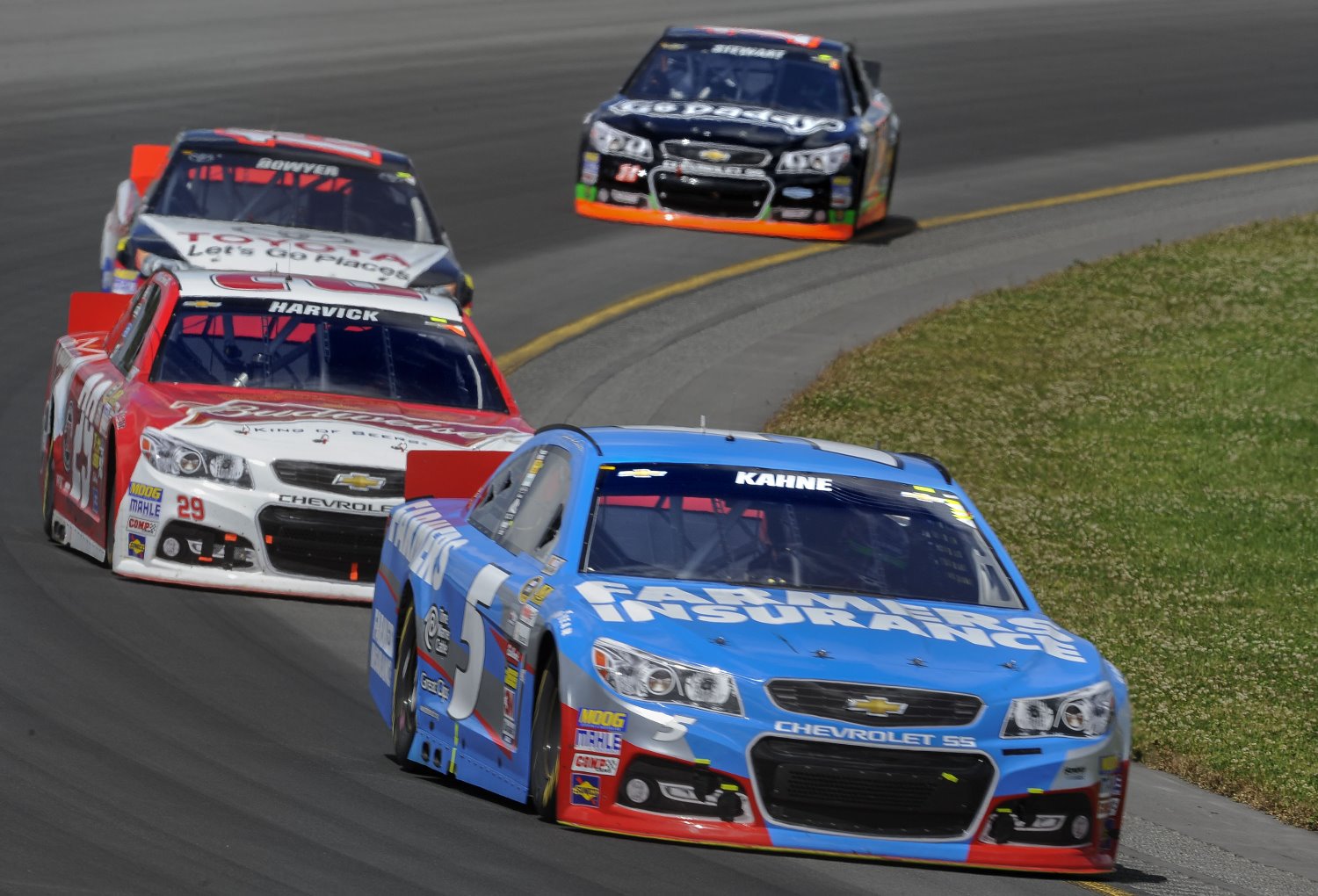 Kasey Kahne passed Hendrick Motorsports teammate Jeff Gordon with two laps to go en route to winning the GoBowling.com 400 on Sunday at Pocono Raceway. Kahne picked up his second win of the season and the 16th of his NASCAR Sprint Cup Series career.

It was Kahne's second career Cup victory at the Tricky Triangle and came at the expense of his teammate, who still could need a win this year to guarantee a Wild Card berth. Behind Kahne and Gordon came Kurt Busch, Ryan Newman and Dale Earnhardt Jr. to round out the top five.

Hendrick drivers dominated that top five, but noticeably absent from the list was Jimmie Johnson, who placed 13th. On Lap 76, Johnson, the pole-sitter, had a tire go down and hit the wall, at which time he had to pit and lost the lead. Johnson had further problems on Lap 98 when his team was cited for too many men over the wall on a pit stop, moving the No. 48 to the back of the field.

In other notable wrecks, Danica Patrick, Jeff Burton, Paul Menard and Travis Kvapil all crashed on Lap 110. Burton and Patrick had to go to the garage.

"I haven’t seen the replay yet but the 42 got us three- or four-wide and I moved up to give him a whole lane and typical I think he just ran in there and drove right into us," Stenhouse said.