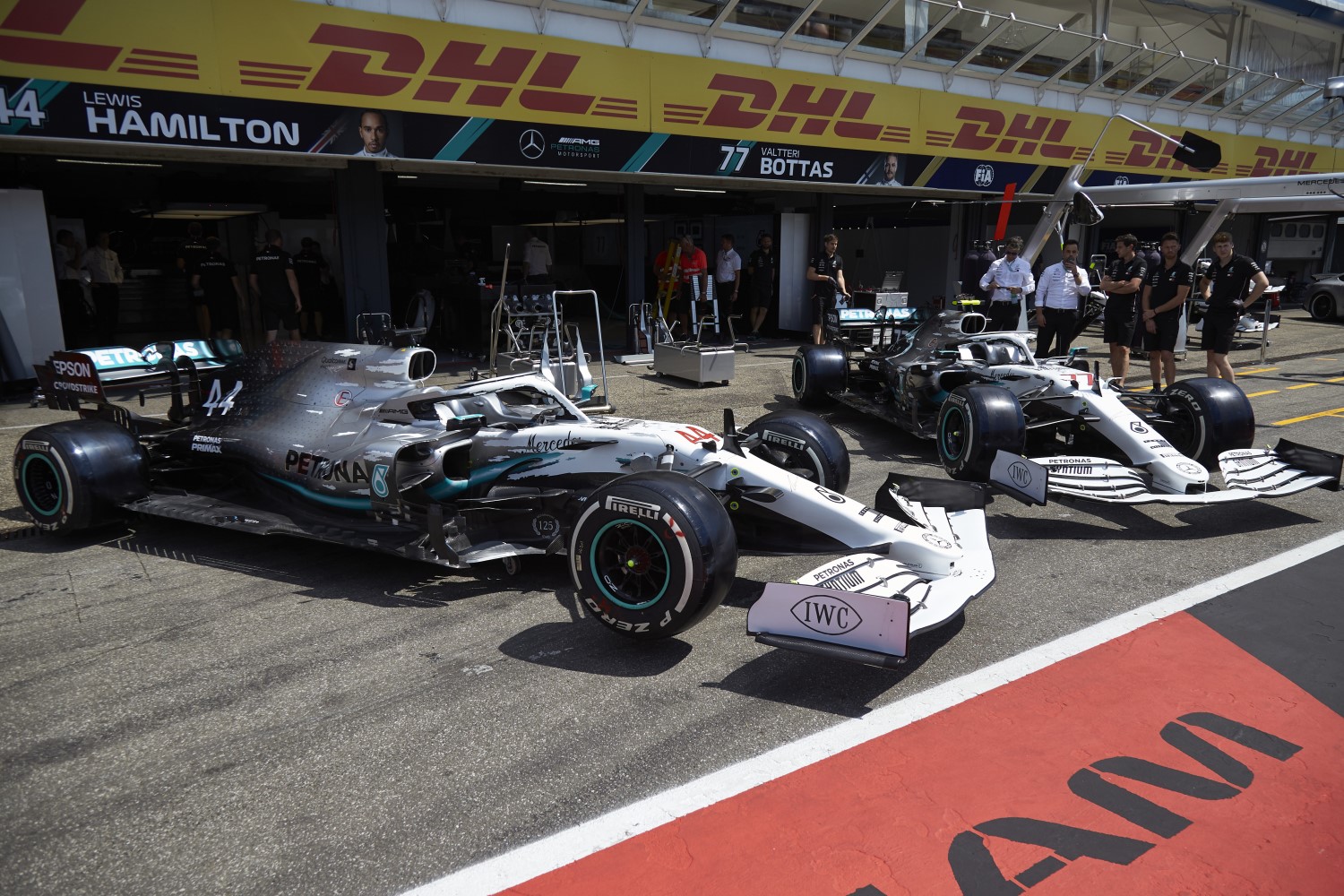 Mercedes-AMG Petronas Motorsport is running a special livery in Hockenheim to celebrate 125 years of motorsport. On 22 July 1894 the very first motor race was held from Paris to Rouen. The Mercedes-Benz Grosser Preis von Deutschland 2019 will also be the 200th start for the team in Formula One.

The special Hockenheim livery is an homage to the design of classic Mercedes-Benz racing cars. The front wing and the nose of the car are painted white – similar in design to Mercedes race cars in the beginning of the 20th century. Back then, the color of the car would symbolize the origin of the team – French cars were typically painted blue, Italian cars red and British cars green. The international racing color for German cars was white.

Some of the most impressive machines in the motorsport history of Daimler and Benz were painted white, including the Grand Prix racing cars from the early 20th century, the Blitzen-Benz and the Mercedes-Benz SSK.

In the first and second decade of the 20th century, Carl Benz' and Gottlieb Daimler's inventions competed in a number of races against each other. One of the most prestigious races of that time was the French Grand Prix. In 1908, Christian Lautenschlager won the race driving the Mercedes 140 hp Grand Prix racing car, followed by Victor Hemery and Rene Hanriot, both of whom were driving the Benz 120 hp Grand Prix racing car.

The Blitzen-Benz ("Lightning Benz"), powered by a massive 21.5-liter engine producing 200 hp (147 kW), broke the land speed record in 1911 in Daytona Beach with a top speed of 228.1 km/h – a record that would last for the next eight years. Driving the Mercedes-Benz SSK, Rudolf Caraciola won the European mountain racing championship in 1930 and 1931. In 1931, he also won the Mille Miglia from Brescia to Rome in the upgraded version SSKL.

The white nose and front wing also feature historic logos from Mercedes-Benz, PETRONAS, Tommy Hilfiger and Pirelli as well as Niki Lauda's signature to pay tribute to the racing legend, chairman and friend of the team who passed away two months ago.

In the barge board area at the front of the chassis the white paint seems to be "scraped off", exposing the silver livery below. This effect echoes the legendary origins of the Silver Arrows. In 1934, the Mercedes-Benz W 25 competed in the 750 kg formula; however, legend has it that it was slightly too heavy before the race, so the team scraped away the white paint to save weight, exposing the metallic bodywork underneath it.

Towards the rear of the car, the paint scrape effect fades away, showing the original paint job of the 2019 Mercedes-AMG F1 W10 which includes the Mercedes-Benz brand pattern that the team has run all season.

The team's race garage has also been redesigned for Mercedes' home race at Hockenheim and features historic race posters from different eras in which the Silver Arrows competed.

The team has one more visual surprise planned for the weekend to celebrate the 1950s – the era when Mercedes originally joined Formula One. Keep your eyes peeled…