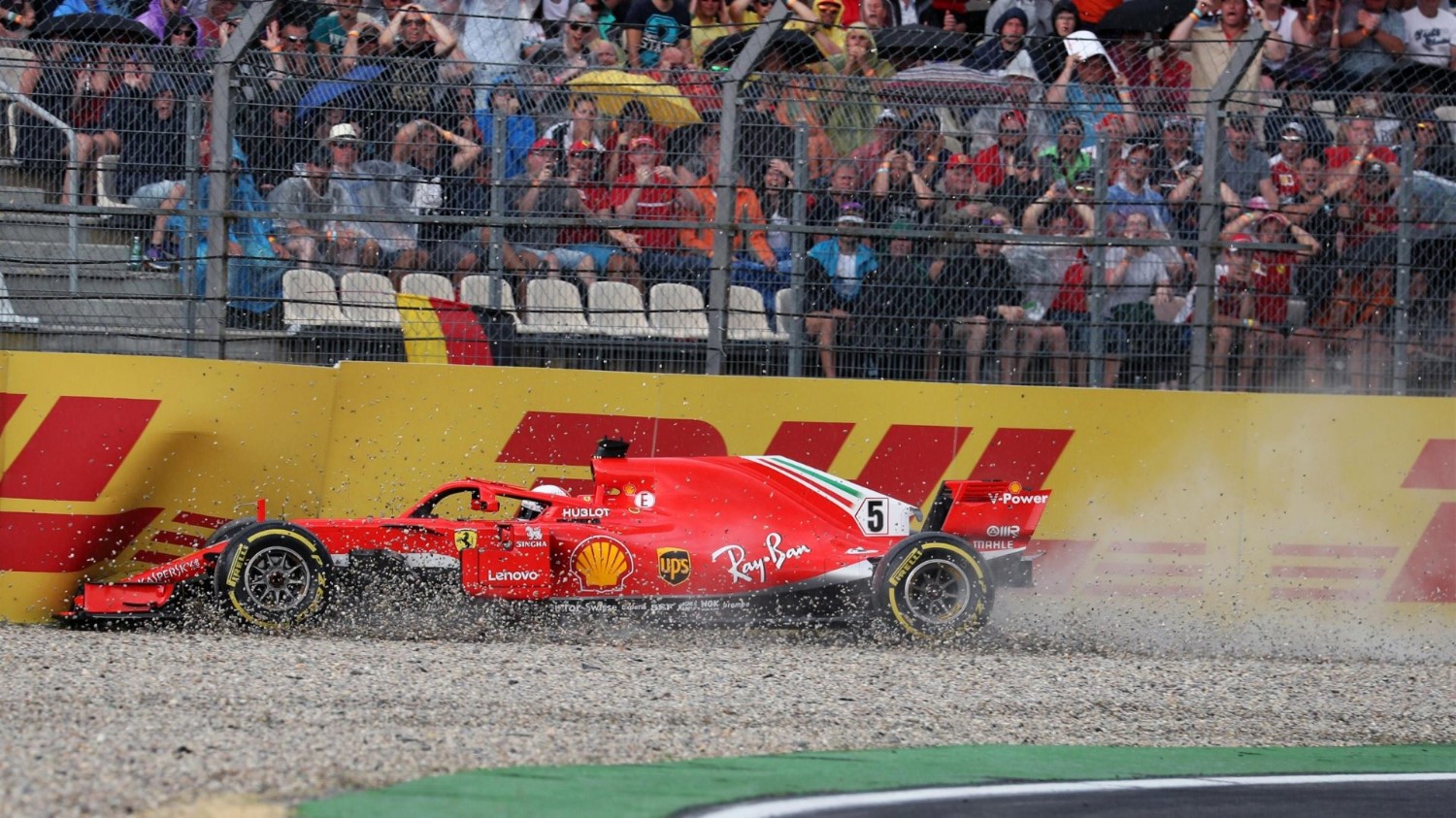 (GMM) Sebastian Vettel says Mercedes is the "big favorite" to win at Hockenheim this weekend.

It is the under-fire Ferrari driver's home German GP, but after boss Mattia Binotto said there are no updates for the 2019 car, Vettel is playing down his chances.

A year ago, Vettel was on the way to victory at Hockenheim before the first big mistake of his troubled period saw him crash out.

"I was extremely angry at myself but that's forgotten now," the German told Auto Bild.

"Actually, if I see it today, the way I dug into the gravel and then punched the steering wheel so furiously, I have to smile.

"I made a small mistake with big consequences," Vettel added.

But one year on, Vettel doesn't like his chances of rectifying that mistake this weekend.

"You should never say never, and I'll give everything as always, but realistically Mercedes is the big favorite," he said.

"I am not feeling the rear of the car at the moment, and for me that means I am missing confidence," added Vettel.

"Vettel is without question a top driver," he said, "but he needs a car that suits him.

"The Ferrari seems to tend to understeer, which some drivers like or can handle, but I don't think Vettel is one of them."

Anderson continued: "Ferrari need to try to help Vettel, but it will be difficult because I get the impression the problem is with the front wing, and that's not easy to change."