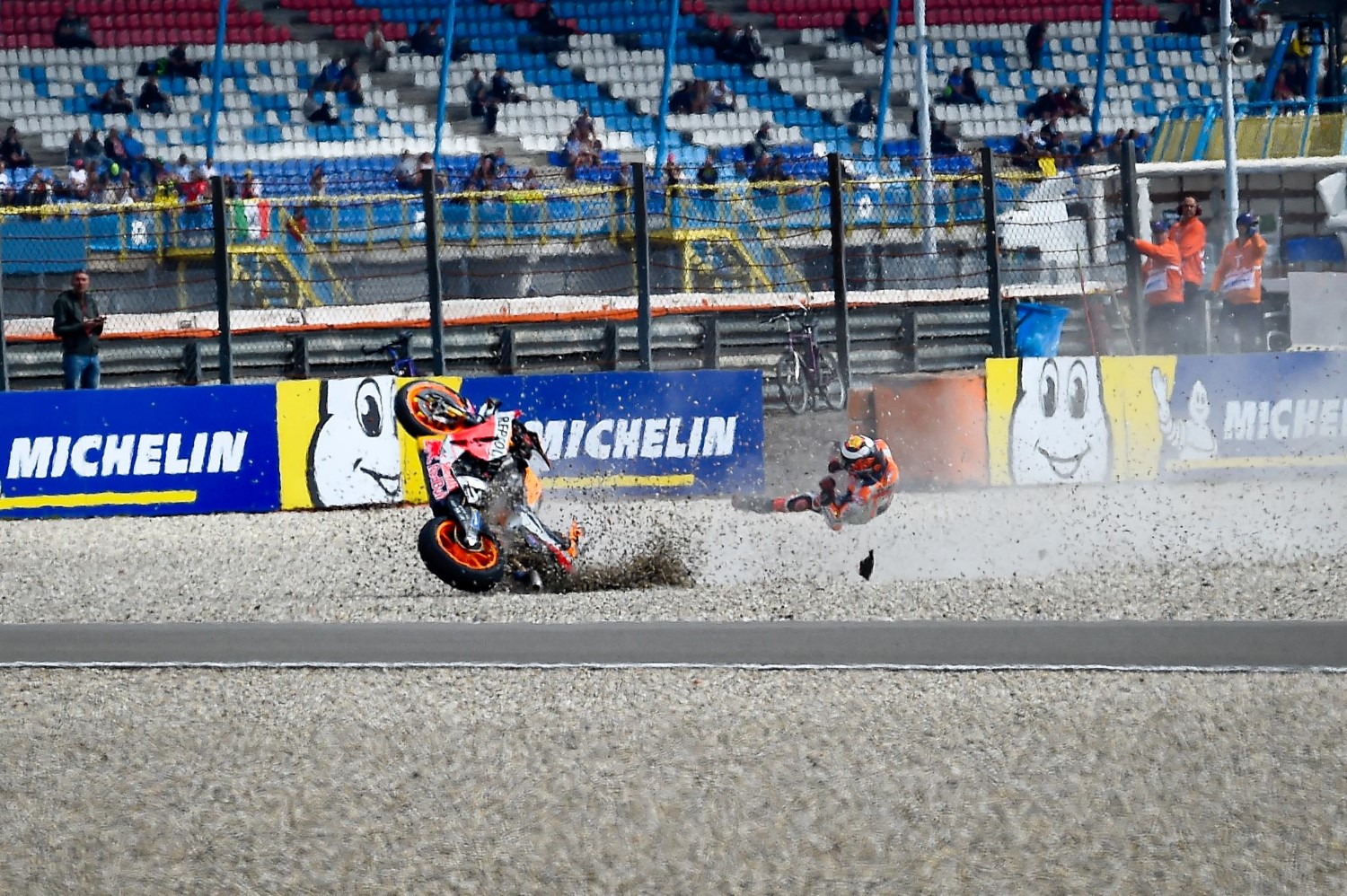 After suffering fractures to his T6 and T8 vertebrae during the Dutch GP, Jorge Lorenzo has elected to continue focusing on his recovery and will return for the British GP on August 25.

Jorge Lorenzo and the Repsol Honda Team have agreed it is best for Lorenzo to miss both the Czech and Austrian rounds to continue his recovery and avoid any further risk of injury. Having spent the summer break working on his recovery, Lorenzo’s condition has improved but he is still in some pain and his movement on a bike remains restricted. Silverstone has been set as his new objective for returning to riding for the Repsol Honda Team.

In his place, Stefan Bradl will again ride the RC213V in Repsol Honda Team colors. The German had been scheduled to wildcard at the Czech GP, but will now fill in for Lorenzo as he did at the Sachsenring.