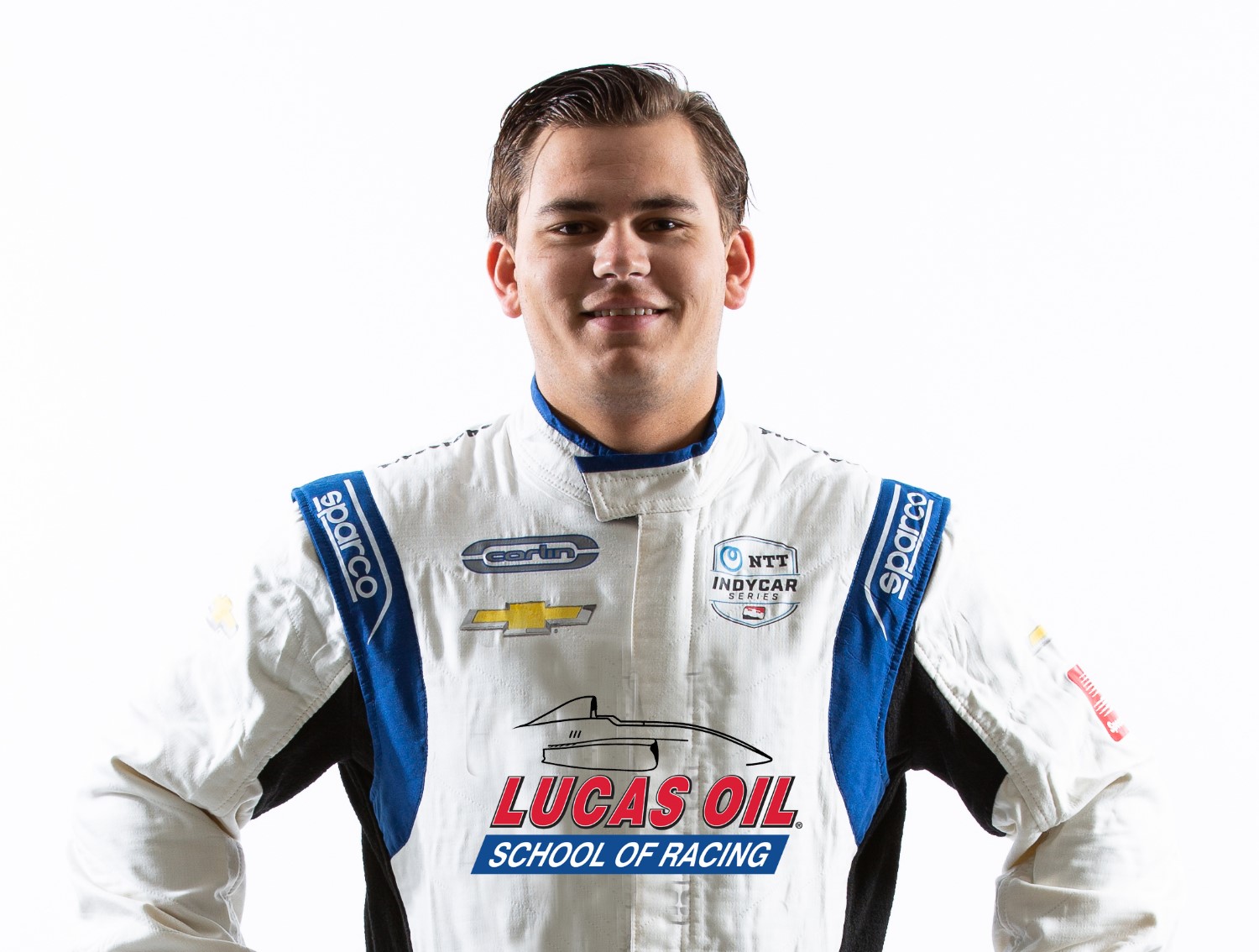 Carlin is proud to announce that RC Enerson will join the team for the 13th round of the NTT IndyCar Series season at the Honda Indy 200 at Mid-Ohio at the Mid-Ohio Sports Car Course piloting the No. 31 Lucas Oil School Carlin Chevrolet.

“We’re excited to have RC Enerson and the Lucas Oil School of Racing on-board this weekend in the No. 31 entry at Mid-Ohio. RC really impressed us at Spring Training at COTA at the beginning of the season and we were very hopeful that something could come together at some point that would put him back in the car," said Team Principal Trevor Carlin. “RC has spent a lot of time with our team this season and he has quite a bit of experience at Mid-Ohio, including an INDYCAR start a few years back, so he should be able to jump right back in and make the transition a smooth one."

Enerson began karting at the age of five and eventually made his professional debut in the Cooper Tires USF2000 Series, the entry level of the Road to Indy ladder series, in 2012. He spent three years there recording five wins and 11 podiums before he moved into the Indy Lights Series in 2015, where he spent the next two seasons of his career. While in Indy Lights, Enerson recorded six podiums and one win in 2015 at the Mid-Ohio Sports Car Course. Halfway through the 2016 Indy Lights Series season, Enerson left to pursue a seat in the NTT IndyCar Series and made his INDYCAR debut at the Mid-Ohio Sports Car Course. He went on to compete in two more races of the 2016 NTT IndyCar Series season recording a top 10 with a ninth-place finish at Watkins Glen. Enerson participated in the 2019 NTT IndyCar Series Spring Training with Carlin in February.

“It’s really great to be back driving with Carlin after completing Spring Training earlier this season with the team. We’ve been working really hard to get something together to get me back in the seat at some point this season and I couldn’t be happier that it’s all come together for Mid-Ohio. Mid-Ohio has always been one of my favorite tracks on the schedule. I’ve just always loved the elevation changes and all of the high-speed flowing corners," said NTT IndyCar Series driver RC Enerson. “I’m also excited to be able to carry the Lucas Oil School of Racing logo on the No. 31 this weekend. They are the official school of the Road to Indy Series and it’s been so rewarding to share my love of racing and to be able to instruct some of the future stars of INDYCAR. I know we have some work to do this weekend, but I’m confident that with both my experience and the team’s at Mid-Ohio we can put together a solid result."

The Honda Indy 200 at Mid-Ohio at the Mid-Ohio Sports Car Course will take place on Sunday, July 28th at 3:30 pm ET and will be televised on NBC.