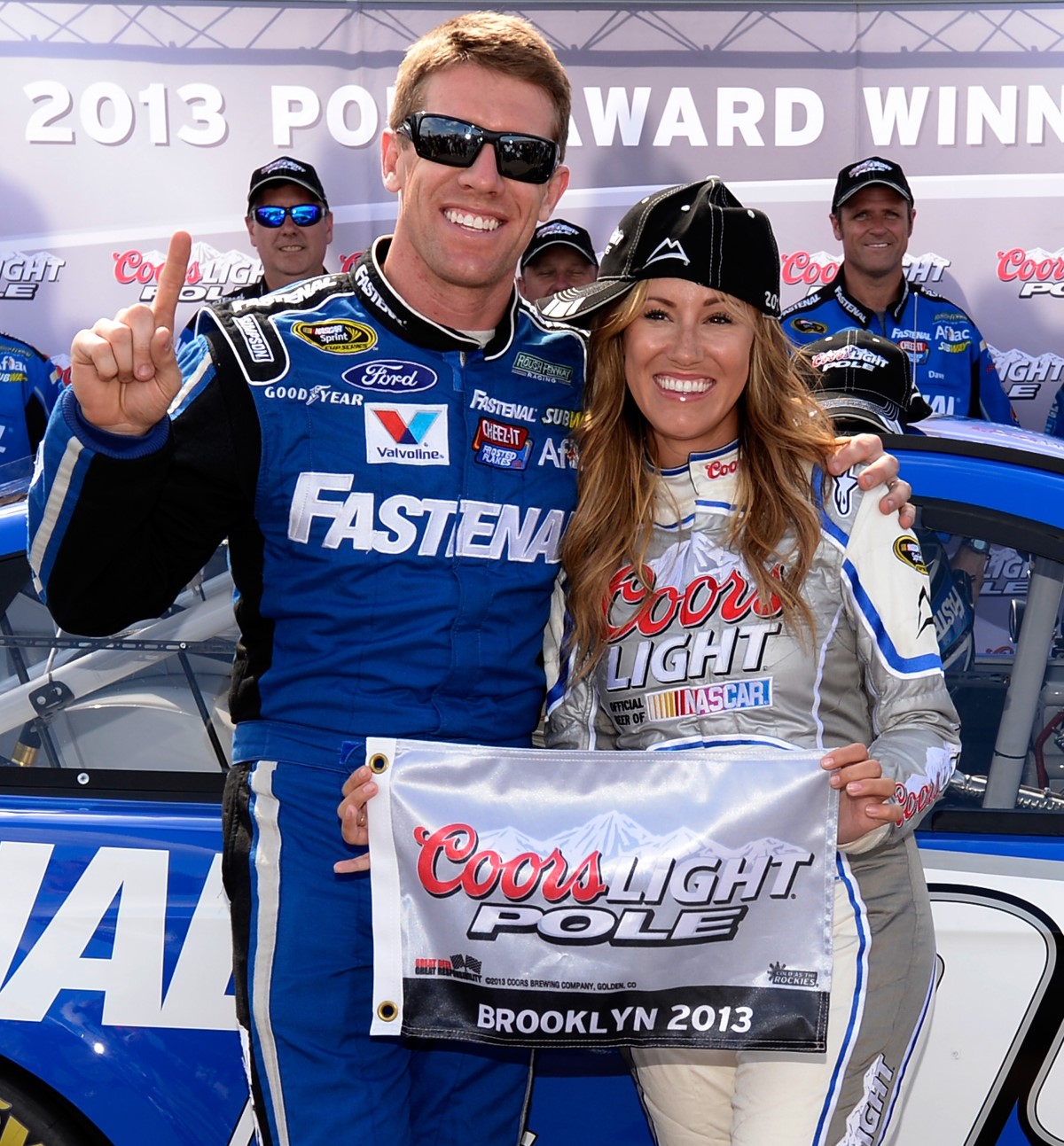 No driver was able to break Marcos Ambrose’s track qualifying record of 203.241 mph, but Carl Edwards came close in qualifying for the Quicken Loans 400 at Michigan International Speedway on Friday.

Edwards averaged a best speed of 202.452 mph as he ran his second lap in 35.564 seconds to earn his first career Coors Light pole at one of his best tracks. The Roush Fenway Racing driver managed to stave off a challenge from Kurt Busch, who hit the track fourth from last. Busch qualified at 201.879 mph (35.665).

Tony Stewart, who has been on a roll of late, was 14th after having to switch to a back-up car during practice after brushing the wall.

Ryan Newman was unable to build off his top-five finish at Pocono, qualifying 35th.