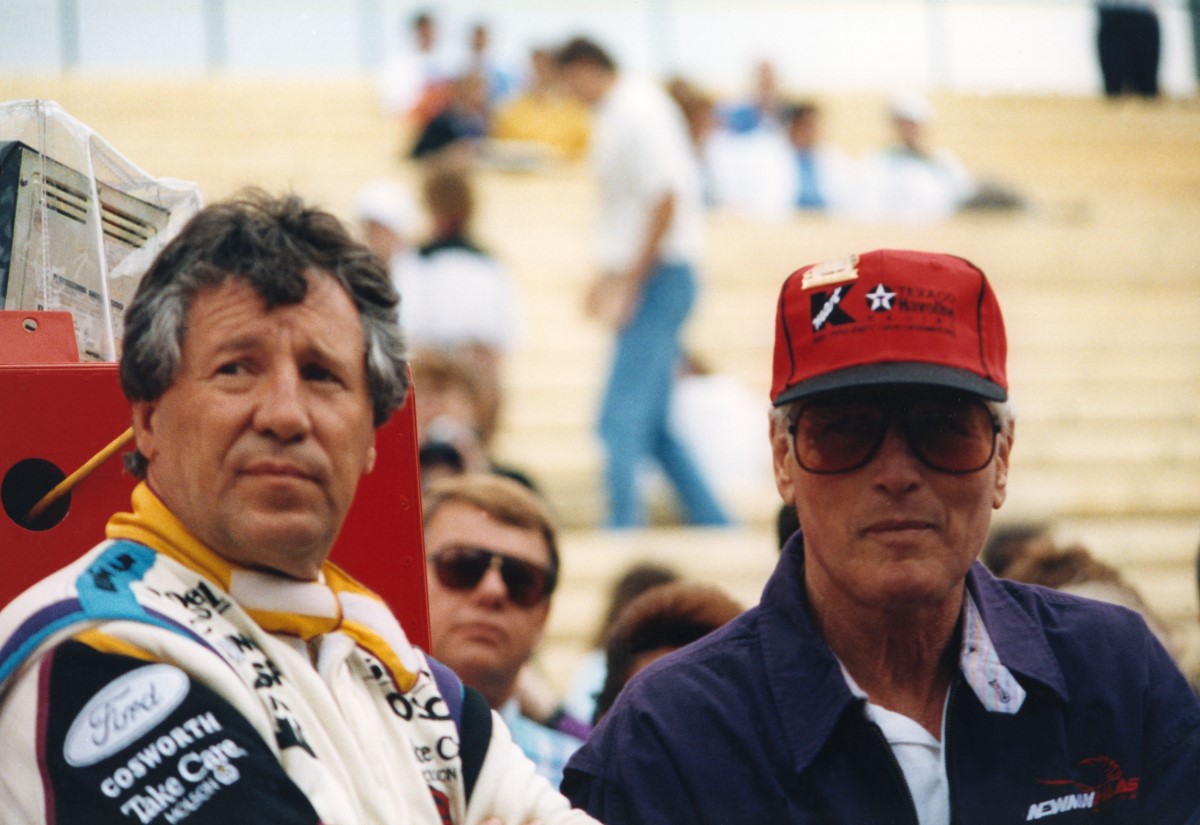 I have wonderful news. Being twenty-one years old doesn't really make you good at anything. It just makes you twenty-one.

Sprint car driver Steve Kinser is living proof. He remains a consistent front-runner in his late fifties, despite the fact that sprint cars are a young man's game. Steve Christmann is a winner in ARCA Trucks at age 62. Mario Andretti won his last IndyCar race at the age of 53. Dick Simon scored a top ten finish at the Indy 500 at age 55. And it's not just racing drivers.

At 46, mountaineer Ed Viesturs became the first American to climb all fourteen of the world's 8000-meter peaks… without oxygen. But then, Viesturs could do a 4-minute plank and run flat out for seven miles at high altitude when he was 50. Try that sometime, but have an ambulance on stand-by. It's quite an education.

At 47, George Foreman won the world heavyweight boxing title. You could make the argument that getting plastered by a 47-year-old George Foreman is still the rough equivalent of placing one's face in front of a locomotive, but the point remains.

And just to be completely ridiculous, Jack LaLanne swam a mile and a half across Long Beach Harbor at age 70. Handcuffed. While towing 70 boats full of people on a rope attached to a bit in his mouth. I swear I am not making this up.

So in genuine sports (not games) in which success isn't defined by foot speed, jumping ability, or how hard you can throw a ball, you can pretty much be a contender as long as you remain in good physical condition.

How do you stay in good physical condition? Do the stuff you already know. The stuff you did when you were twenty-one. 1) Maintain flexibility. 2) Have a good cardio program. And 3) avoid George Foreman. I firmly believe that basic physical conditioning is nearly as important to a racing driver's safety as wearing a helmet. Here's why…

If you don't stretch anything else, stretch your “hams." The hamstrings tighten up over time. This results in a pulling pressure on the lower back, which causes all sorts of spinal misalignment and back pain even if you're not a racing driver. If your hamstrings are tight, the resulting crash damage will be more severe and have a domino effect down into the legs and knees, and up the vertebrae. You can help yourself a lot in advance by maintaining good flexibility, especially in your hamstrings.

A good cardio program provides rich oxygenation to the blood, which has a near-miraculous effect on speeding recovery from injuries. That's why those amazing magnet thingies work so well – they draw blood to the damaged area. You can help the process considerably with cardio exercise, which enables your blood to carry more oxygen. Other benefits include improved alertness, better resistance to heat inside closed cockpits, and superior focus and concentration. We all know that, but how many of us do it?

When 49-year-old Emerson Fittipaldi smacked the wall at Michigan International Speedway in 1996, impacts above 180 g's were generally considered to be fatal. His doctors credited Fittipaldi's survival to his incredible physical condition.

So my humble suggestion is to consider your workout regimen as part of your safety program, just like your helmet and roll cage. Work on your physical flexibility, with a special focus on your hamstrings and lower back. Keep chipping away at cardio to maintain good oxygenation in your blood.

And forget about age. 58-year-old, chain-smoking Steve Kinser breaks every health rule in the book and is still the man to beat in his version of the sport. Cheer up, shape up and keep racing. Winners come from all age brackets.