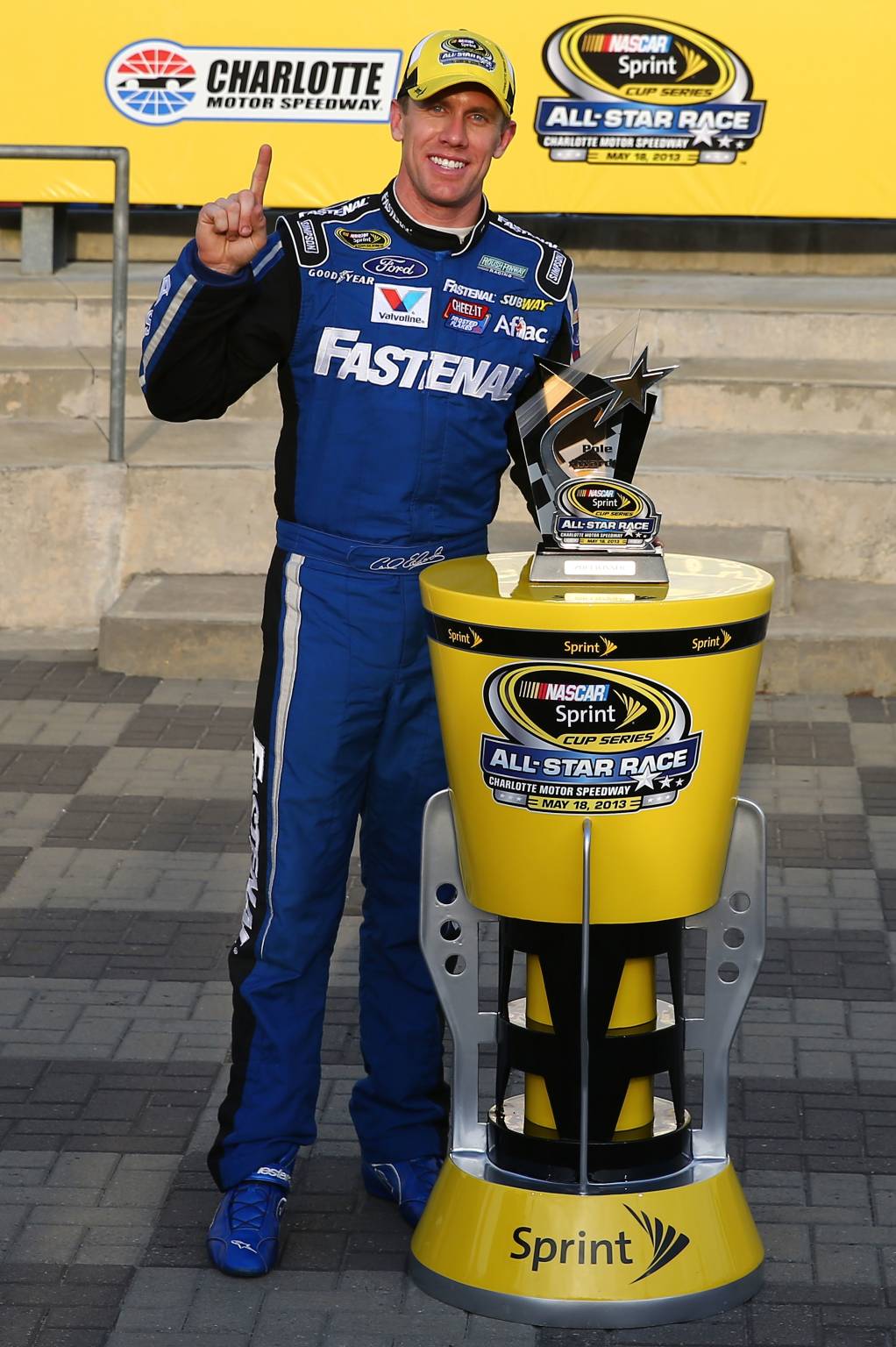 Carl Edwards gave Dick Trickle one last ride around Charlotte Motor Speedway on Friday night, and for the first time since 1990, a car with Trickle’s name on it will sit on the pole as Edwards raced to the top spot in qualifying for Saturday night’s NASCAR Sprint All Star race.

Edwards, the 2011 winner of the all star event, completed two laps and a four-tire pit stop in a time of 111.297 seconds to earn his first career all star pole.

“If I did it 10 times, I don’t know if I’d go faster than that, so I’m real happy with it," said Edwards. My pit crew was awesome. That’s really neat to come screaming down to those guys because I know that I’ve got the fastest pit crew in the garage. It’s pretty cool.

Edwards carried a tribute to the late Trickle, with Trickle’s name in place of Edwards above the door of his no. 99 Ford Fusion. The legendary Wisconsin short-track driver died yesterday of an apparent suicide at the age of 71.

In 303 career Sprint Cup starts, Trickle never won a race, and only claimed one pole – at Dover in June of 1990.

“Dick Trickle is a hero to over half of the crew," said Edwards. “So they came up with the idea since we have the 99 car and there are so many guys from Wisconsin, to try to honor him in some way and putting his name above the door was their idea.

“Hopefully, his family is doing as best they can and hopefully he’s in a better place and we’re honoring him by doing that."

Qualifying for the all star field follows a format unique to this race, where drivers must complete two laps at speed along with a four-tire pit stop.

In a new twist in this years qualifying format, the pit road speed limit entering pit road was eliminated, allowing drivers to come to complete their pit stop as fast as they wanted, but still needing to stop within their pit box before their crews could go to work.

The result were cars sailing off turn four onto pit road at better than 150 mph, with several drivers such as Jimmie Johnson and Marcos Ambrose sliding through their pit stalls.

“It was petrifying," said Edwards. “First of all, I don’t know if you guys noticed in practice, but it was insane. And then real qualifying came and all everyone was talking about was how fast Kurt Busch was coming onto pit road in practice. So when he set that qualifying effort, I was pretty certain you were gonna have to get pretty insane to beat that."

“It was different," said Johnson, who qualified 18th. “I started wheel-hopping and that was a big problem trying to get it stopped. I scared them from pit road with my entry speed. I put a big effort up there but unfortunately just didn’t have the car under control to brake its own and the back tires started bouncing at that point and I knew I wasn’t going to stop in my box. I was just trying to avoid spinning out.

Kevin Harvick, already behind the eight-ball after blowing an engine in the closing practice session, overshot his pit stall and didn’t back up into his box before the crew started to go to work, causing his time to be thrown out. He will start 19th in the 22-car field while the remaining spots to be filled by the top two finishers of the Sprint Showdown.

The final slot in the field will be decided by a fan vote at the end of the Sprint Showdown.