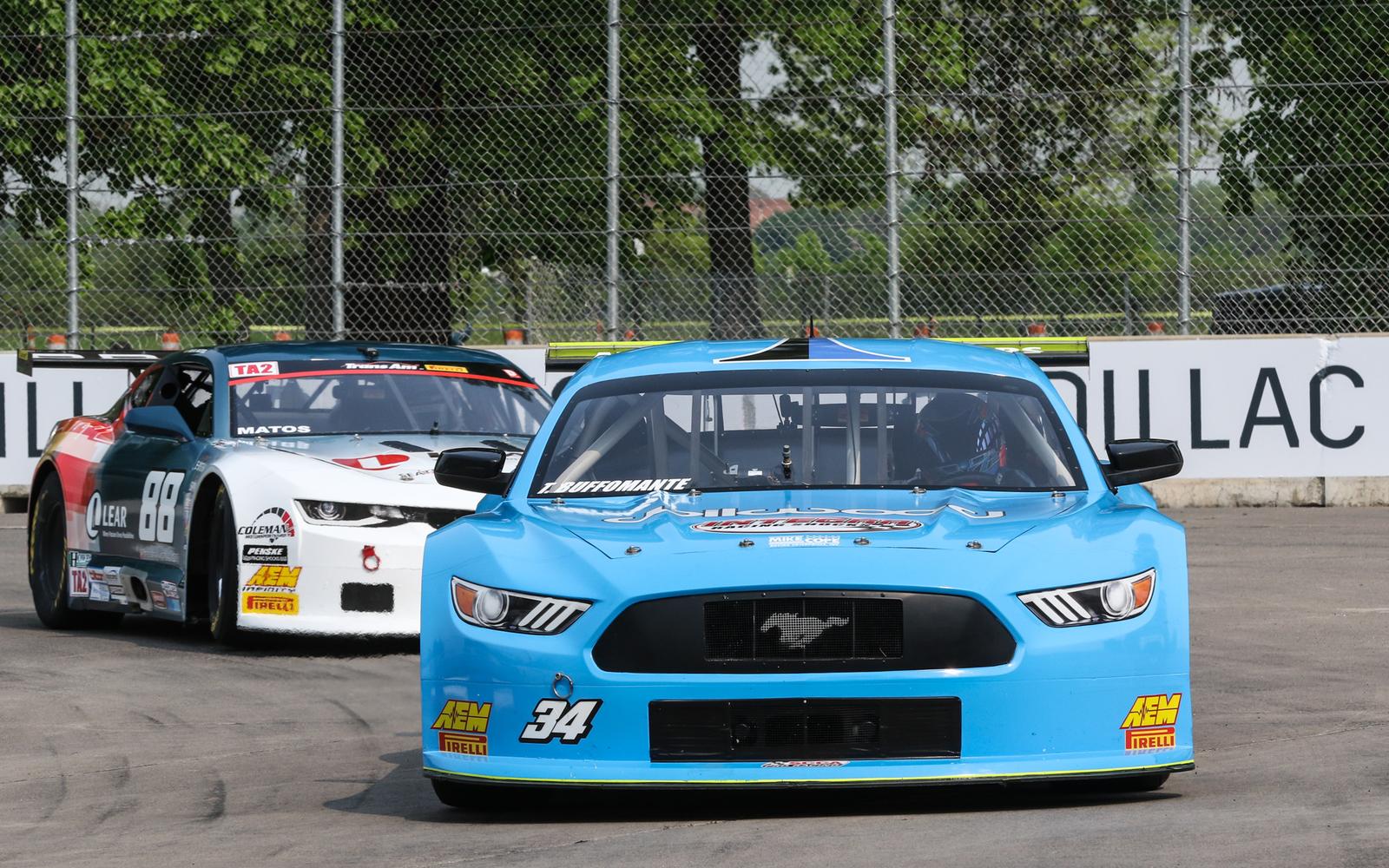 From racing in front of large crowds as part of the blockbuster NTT IndyCar Series events, to signing new long-term partnerships, to returning to historic Trans Am venues, 2019 has already been quite a year for the Trans Am Series presented by Pirelli. And with close competition across a growing paddock, the on-track competition has also continued to gain attention and push the series towards the future.

Signaling both the strength of the paddock as well as the continued growth of the series audience, Trans Am has renewed several agreements with its established partners. Most recently, Pirelli Tire North America extended its partnership with Trans Am until at least the end of 2024 as presenting partner and official spec tire for America’s Road Racing Series.

“It’s a pleasure for us to extend the partnership with Pirelli, which is an extremely popular move among drivers and teams as well," said Trans Am President John Clagett. “Pirelli is an iconic brand that stands for performance and style, with a commitment to competition and technical excellence that fits in perfectly with our own."

With a rules package that fosters both cost containment and close competition among three different marques, the TA2 powered by AEM class has gone from strength to strength since its introduction in 2011.

This season, that strong package delivered even more value with the introduction of the new Prefix “Choice" Engine. Named as the exclusive supplier of the brand new TA2 “Choice" Engine, Prefix developed a lower-cost, durable engine that performs at the same level as the previous engines. The“Choice" engine is eligible to be used in all three marques in the TA2 class, with several teams already having switched to the more affordable engine option. Prefix also travels to all Trans Am Series events, offering track-side service to all Prefix customers.

“This new Choice engine has proven to be strong and reliable," explained TFB Performance Owner, Tim Barber. “It brings the costs down significantly for everyone, so we’ve decided to start using it right away."

Another move that has benefited the TA2 competitors was the agreement made with Precision Race Services, Inc. PRS was awarded the contract to build TA2 Chassis and Engine wiring harnesses and Prefix was signed to be the exclusive sales agent. Adding to the long term approach for technical solutions as well as partnerships, Trans Am Series extended its AEM Electronics deal as the official presenting sponsor of TA2.

The product of more than 30 years of continuous development and improvement, Trans Am continues to be one of the most competitive series in North America for grand touring racing. Growing that rich legacy into the modern era, the grid sizes for the National and West Coast Trans Am championships are as healthy as they have ever been, attracting more diverse competition and media attention.

During its most recent event at Sonoma Raceway, the Trans Am West Coast Championship hit a record entry since its inception in 2017. Over two seasons, the West Coast Championship field has grown 27 percent, and additional growth is anticipated in the final two rounds when the series visits Portland (July 26-28) and the Circuit of the Americas (October 4-6).

“In the inaugural and second seasons of Trans Am West Coast, there were a total of 48 entries, and we have already exceeded that in just the first half of this season," said Clagett. “We launched the West Coast championship in response to feedback from our competitors and it’s grown even more quickly than we were hoping it would. We’ve got a tremendous range of racers-from experienced guys like Greg Pickett and Simon Gregg, to drivers who are just joining Trans Am for the first time like Michele Abbate and Cameron Parsons. So it is a great mix of very competitive drivers in the field."

The competition for the TA and TA2 classes continues to run deep into the field. This season alone, the TA class produced three different winners in four events, while TA2 saw four different drivers in five races capture the checkers. Veteran Trans Am driver Tony Ave even celebrated his 100th Trans Am career start in the weekend finale at the Detroit Grand Prix—and did so with an exclamation point as he scored his 19th career victory.

The level of competition, as well as the lack of driving aids that put the control into the drivers hands, has seen Trans Am an increasing choice for drivers looking to develop their road racing skills on the way to NASCAR glory. Just this year, NASCAR driver development entries including Lawless Alan, Sam Mayer, Derek Kraus and Ty Gibbs have raced in Trans Am already. This season, Justin Haley became the first NASCAR development driver who honed his road racing skills in TA2 to win at the Cup level.

Trans Am Series started as a purely production-based series in 1966, but evolved through the 70’s and 80’s to become synonymous with the thundering tube-frame chassis with silhouette bodies machines that the TA class puts front and center. But the inclusion of the production-based SGT and GT classes has meant that the series has returned to its original roots in many ways.

The Trans Am presented by Pirelli Series revealed new class names this season for its growing production-based classes. The SuperGT Class (SGT), formerly TA3, and the GT Class, formerly TA4, are aligned name-wise with other “GT" series and classes in North America and celebrate that production-based history that was central to the series from the very start.

“We updated the names for the GT and SuperGT Classes to better reflect the kinds of cars that are competing in them," said Clagett. "Diversity is a key aspect of these classes, with sports cars, grand touring cars, performance coupes, and performance sedans, all with varying engines and drivetrain layouts, and all welcomed in the GT and SuperGT classes. "

The year-on-year growth has also diversified the schedule with several “new" marquee venues in 2019. The series initiated a growth strategy on the West coast three years ago with the launch of the West Coast Championship, and has expanded the 2019 National Championship schedule to include a visit to the iconic WeatherTech Raceway Laguna Seca after a 15-year hiatus. The series returned in a big way with nearly 50 cars entered for the visit to the Monterey peninsula event. A large mix of TA, TA2 powered by AEM, SuperGT and GT classes from both the Trans Am National and West Coast championships thundered through the corkscrew.

Another fan and driver favorite returned to the 2019 schedule with the addition of Trans Am Memorial Day Classic at Lime Rock Park. Joined by SVRA, 70 years of motorsports was represented that weekend, celebrating a huge line-up of both modern and vintage race cars that created a non-stop fan experience at the fast and tricky New England circuit.

With a total of eight events between the National and West Coast championships remaining on the schedule, there’s still a lot of racing left in the season. Based on the results from the first half of the season, there’s only one thing fans know for sure- the outcome of any Trans Am race is unpredictable.

For more information on either the National Trans Am Series or the Trans Am West Coast Championship, visit GoTransAm.com.