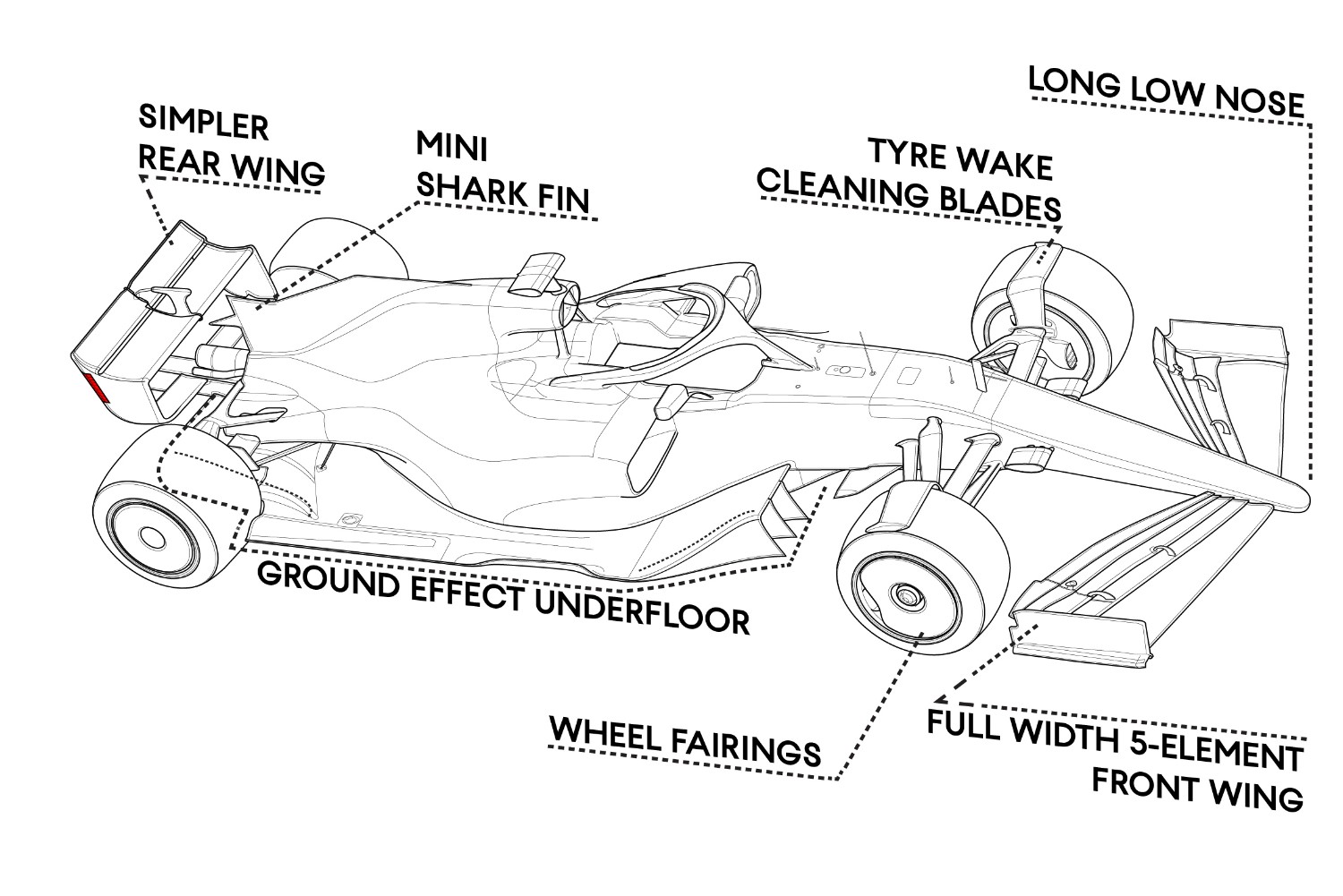 (GMM) Detailed information about the highly anticipated and delayed technical regulations for 2021 has finally emerged.

The teams have already agreed a $175 budget cap with Liberty Media and the FIA.

On the agenda are the technical and sporting rules, although it is believed these too have now been basically agreed.

Auto Motor und Sport has revealed the details of those plans, whose main goal is to make it easier for the cars to race wheel-to-wheel, and for smaller teams to have a chance to be competitive.

"The problem today is that the engineers have too many freedoms in the areas that create the problems we are struggling with today," said the FIA's technical boss Nikolas Tombazis.

The 2021 cars will therefore have a simple front wing, small fenders over the front wheels, enclosed wheel rims, no bargeboards, a double-tier rear wing, and a floor with 'tunnels' that produce ground effect.

But with the budget cap only arriving in 2021, it means the best funded teams like Mercedes and Ferrari will still be the best prepared for the new era.

"Ideally, we would have introduced the budget cap a year earlier, but that didn't work out," said F1 sporting boss Ross Brawn.

"We cannot expect a completely different order in 2021. But I believe that after a couple of years, everything will start to equalize and we will have a situation in which a better driver or strategy can compensate for not having the best car," he added.

As for the criticism that the 2021 rules are so prescriptive that all the cars will look basically alike, Brawn rejected that theory.

"I looked at all the current cars in neutral colors and I only guessed three of them correctly. Hardly anyone can actually tell them all apart even now," he said.