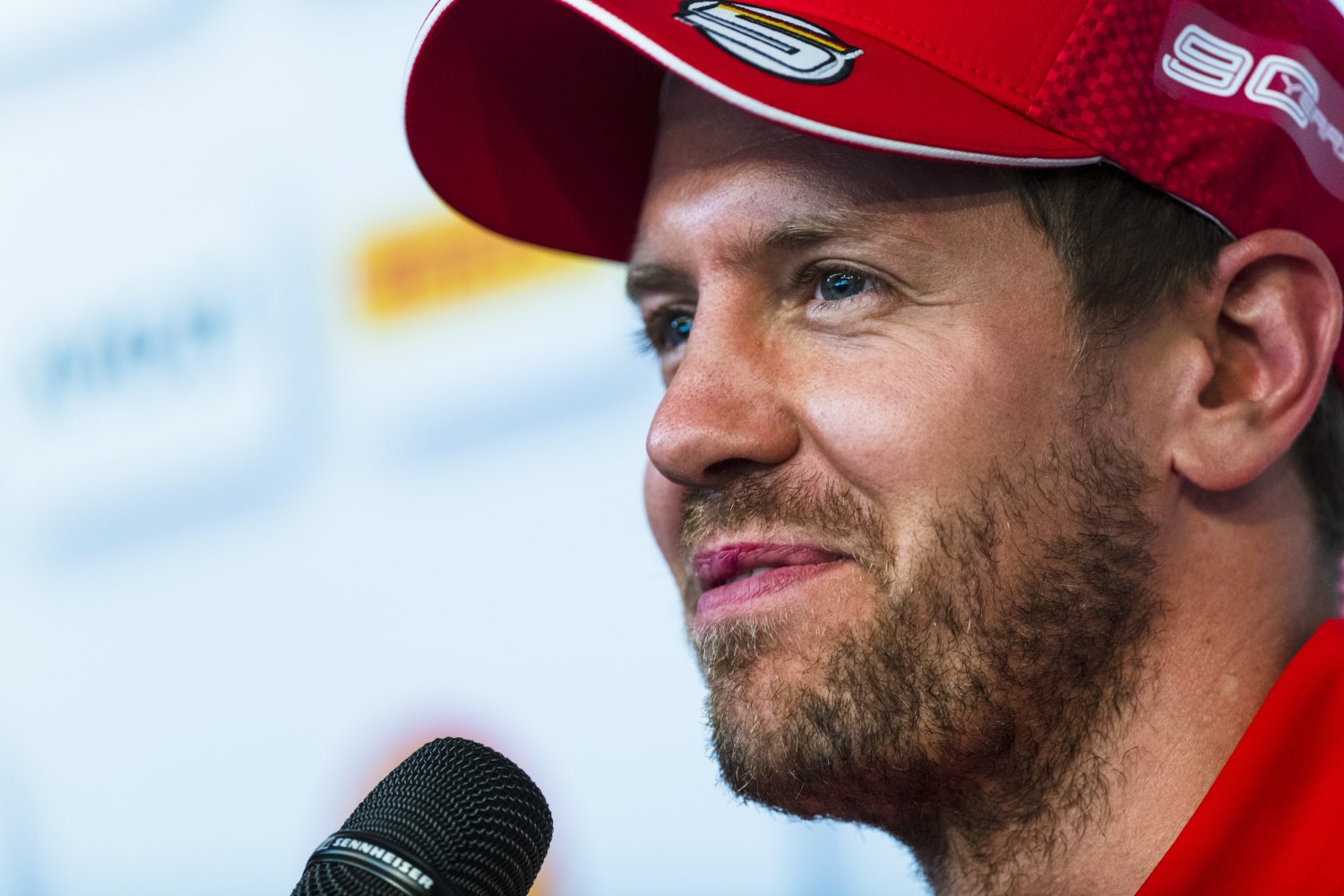 (GMM) Sebastian Vettel is at risk of being usurped by his young Ferrari teammate Charles Leclerc.

After standing on the Silverstone podium, Leclerc said it had been "the race I enjoyed the most in my Formula 1 career".

At the same time, it may have been one of 32-year-old quadruple world champion Vettel's least enjoyable.

The German's first duty in parc ferme, for instance, was to apologize to Max Verstappen for hitting him from behind.

Earlier, Leclerc and Red Bull's Verstappen had engaged in a thrilling on-track battle.

"Two young drivers are dueling but one of the older ones cannot manage it," former F1 driver Ralf Schumacher told Sky Deutschland.

Schumacher thinks the pressure on Vettel is now mounting, amid speculation he could either leave Ferrari voluntarily, be ousted, or quit the sport altogether.

"Sebastian has to be careful not to lose his number 1 status," he said. "He almost has. Charles is not making it easy for him."

"He is one of the greats of this sport and will come back stronger, I'm sure of it," the Mercedes driver is quoted by DPA news agency.

"That's what great athletes do, and he's one of them."

Publicly, Ferrari team boss Mattia Binotto is also backing Vettel, but he also vowed to sit down with the struggling driver.

"Sebastian made a mistake, which he knows well. I'm sorry for him and we will talk," he said.

"But Sebastian is a total professional who can assess himself very well, even his mistakes. What we have to do is give him a car that he can use to his full potential, with a setup that is more to his liking.

"For his side, it is clear that it is most important not to make such mistakes," Binotto added.