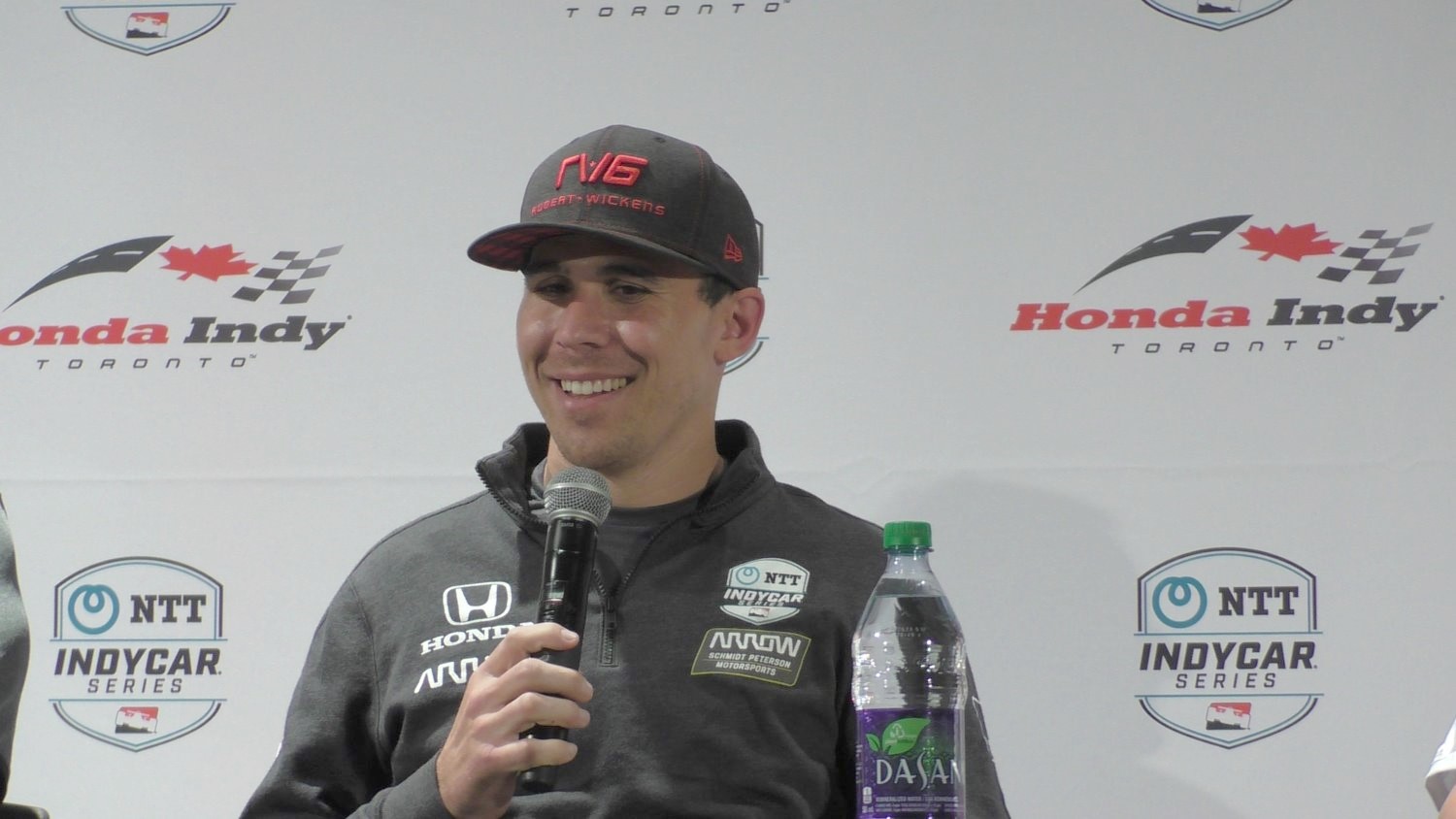 Not only will Robert Wickens drive an Arrow-modified Acura NSX in the pre-race ceremonies for today’s NTT IndyCar Series race at the Honda Indy Toronto, but the Guelph, Ont.-native will also follow it up by giving the command for 22 IndyCar drivers to start their engines.

For Wickens, it will be a grand welcome home as he continues his recovery and rehabilitation from injuries sustained in a racing accident last August. A personal highlight of his racing career was finishing third last year in Toronto during his rookie IndyCar season for Arrow Schmidt Peterson Motorsports.

“Today is going to be an extra special day to give Robert the standing ovation and recognition that he deserves," said Jeff Atkinson, Honda Indy Toronto President. “His performance in the 2018 Honda Indy Toronto brought much enthusiasm and excitement to our fans and festival-goers, and he’s going to do the same again this year! It’s going to be an inspirational occasion this afternoon for all of us. Let’s stand up, be loud and cheer on Robbie."

Also part of the pre-race parade laps is IndyCar driver and three-time Indianapolis 500 winner Helio Castroneves driving the Honda Fastest Seat in Sports, the two-seater Indy car powered by Honda. Winter Olympics medalist figure skater Adam Rippon will be Castroneves’ passenger in its back seat for a high-speed ride around the 2.89-kilometer, 11 turn street circuit on Exhibition Place. Both Helio and Adam share a common link as past “Dancing with the Stars" competitors and Mirror Ball Champions.

The military will play an integral role as always and be saluted with much fanfare in the pre-race festivities. Led by the MRZR and followed by the G-Wagon, the marching contingent of over 300 Canadian Armed Forces members from across Ontario will begin the ceremonies. Members of the Canadian Army, the 4th Canadian Division Headquarters and 32 Canadian Brigade Group will present the Canadian Flag colours.

A few minutes before drivers get strapped into their cars and Robert gives the command to start their engines, Warrant Officer Darryl Casselman from the Royal Highland Fusiliers of Canada, stationed in Cambridge, Kitchener, will perform both the Star Spangled Banner and O Canada. The 425 Tactical Fighter Squadron CF-18 Hornets from Canadian Forces Base Bagotville, Que. will conduct a fly past over the Exhibition Place grounds. Finally, as the Indy cars come to the starting line, Brigadier-General Paul Prevost, Deputy Chief of Staff for the Strategic Joint Staff in Ottawa, as the Honorary Starter, will wave the green flag for the 85-lap race.

To the delight of kids, SpongeBob SquarePants returns today as a special guest in the ceremonies to commemorate the hit TV series’ 20th anniversary this year. Children 12 and under receive free general admission with a ticketed adult, and also get free access to the NTT IndyCar Series Paddock thanks to YTV, the Official Kids TV Partner of the Honda Indy Toronto. For complete ticket pricing and event information of all the fan and family activities, visit hondaindy.com/familyfun.