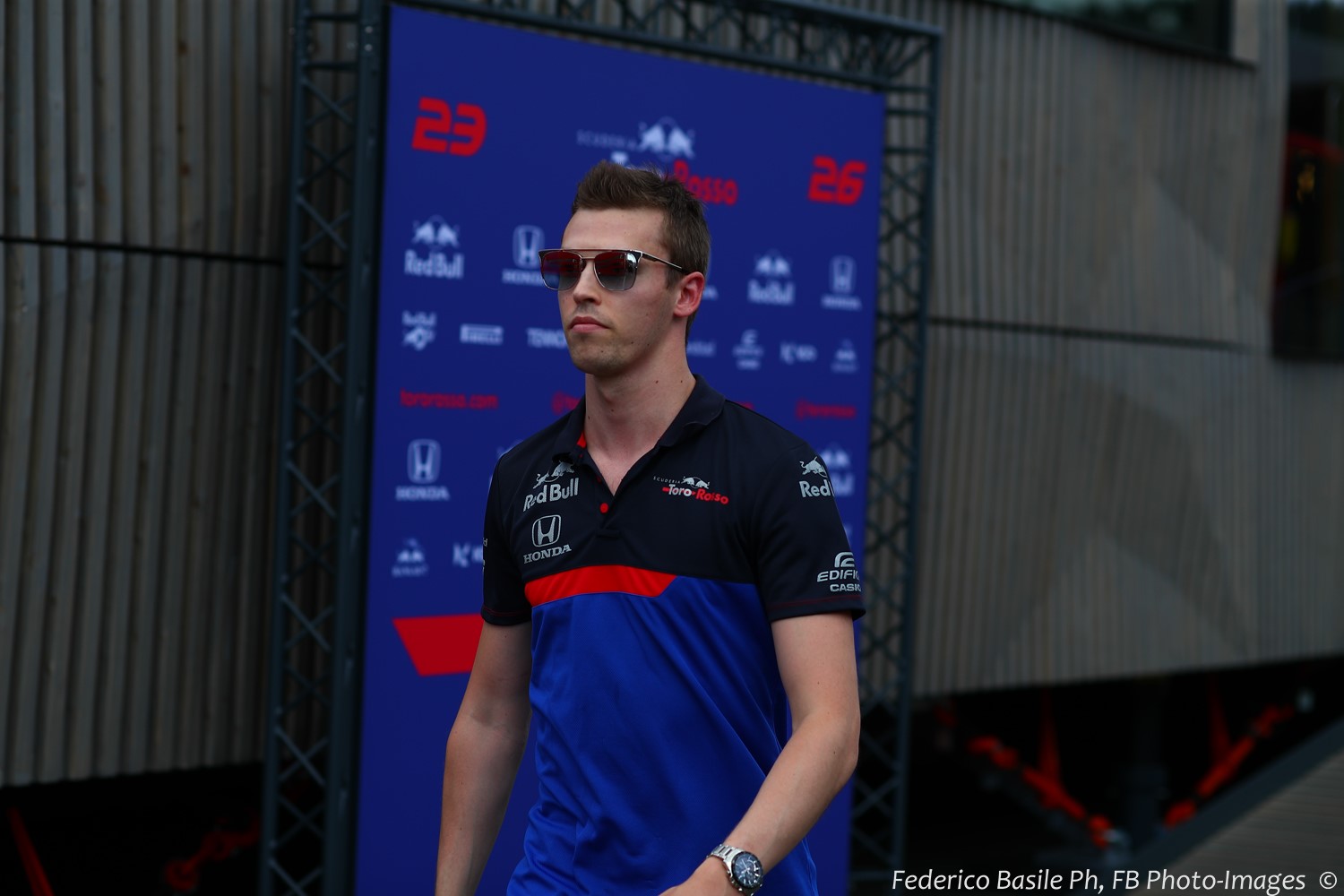 (GMM) Daniil Kvyat is crossing his fingers that fatherhood can be held at bay for another day or two.

The Russian's girlfriend Kelly Piquet, whose father is the F1 legend Nelson Piquet, is due to give birth to their first child at any moment.

"Honestly yes, there is the risk that it will happen now," the Toro Rosso driver, who lives with Piquet in Monaco, told Russia's Sport-Express at Silverstone.

The 25-year-old said it has been interesting to get to know his child's grandfather-to-be.

"I'm not sure he always wants to talk about racing, but he certainly has a lot of stories," Kvyat said, referring to triple world champion Nelson Piquet.

"I try not to ask too many questions!" Kvyat said.

One of those stories could be about Kvyat's chances of returning to Red Bull Racing, especially if Pierre Gasly continues to struggle.

"When the moment comes, we will negotiate behind closed doors and then decide what to do," Kvyat said.

"But at the moment everything is as it should be. I cannot predict what will happen next," he said.