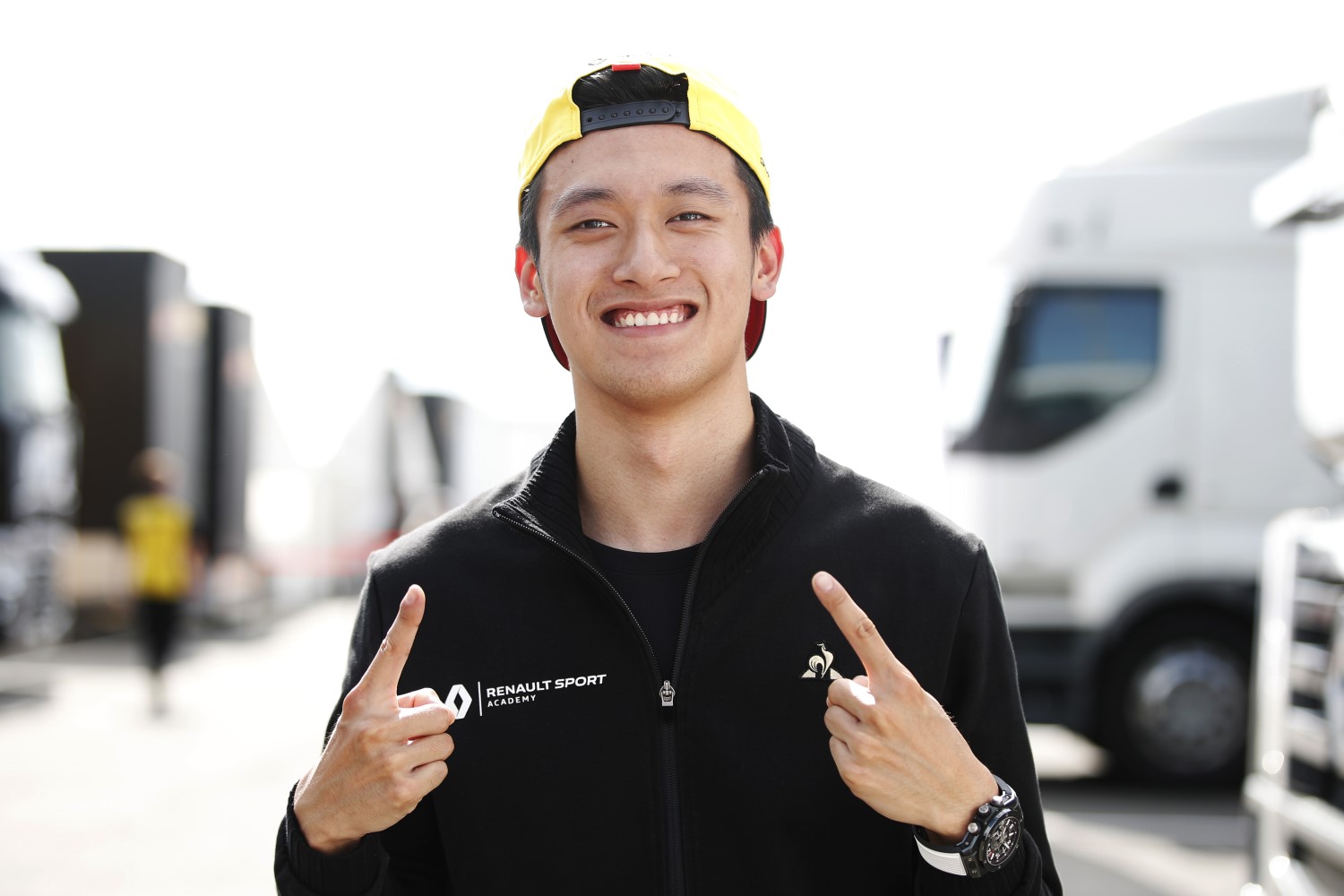 UNI-Virtuosi’s Guanyu Zhou scored his first ever pole position in the FIA Formula 2 Championship, and the first this season for a rookie, at Silverstone in Round 7. The team followed up P1 in Free Practice to score a front-row lock-out, with Luca Ghiotto following his teammate in second and Dams’ Sergio Sette Camara nabbing third.

Louis Deletraz was the first out onto a cool Silverstone circuit, but it was DAMS who were hottest in the early exchanges, when Sette Camara and Nicholas Latifi claimed P1 and P2. Their time at the top was short lived, as UNI-Virtuosi continued to show their searing speed in Round 7. No sooner had Ghiotto taken provisional pole, had his teammate Zhou stolen in.

The duo remained at the top of the pile as everyone returned for fresh rubber. Mick Schumacher attempted to replicate Anthoine Hubert’s strategy in Austria by diving out of the pits early and hitting an empty track, however, his flying lap was disrupted by traffic as others also returned ahead of time.

This ensured Zhou retained his control of pole going into the final five minutes. The Chinese racer held just a 0.012s lead over Ghiotto, who clearly had the pace to mount a challenge. Neither of the DAMS could topple them on their final laps and were forced to settle for third and fourth.

With time nearly out, Ghiotto had set a purple first sector on his final tour of the circuit, but a wobble towards the end of his lap cost him valuable time and ensured Zhou secured his first pole position in the Championship. The pair were followed by Sette Camara, Latifi and Deletraz. Callum Ilott, Nyck De Vries, Jack Aitken, Nobuharu Matsushita and Hubert completed the top ten.

UNI-Virtuosi will aim to continue their British dominance during tomorrow’s Feature Race, which begins at 3.45pm local time.