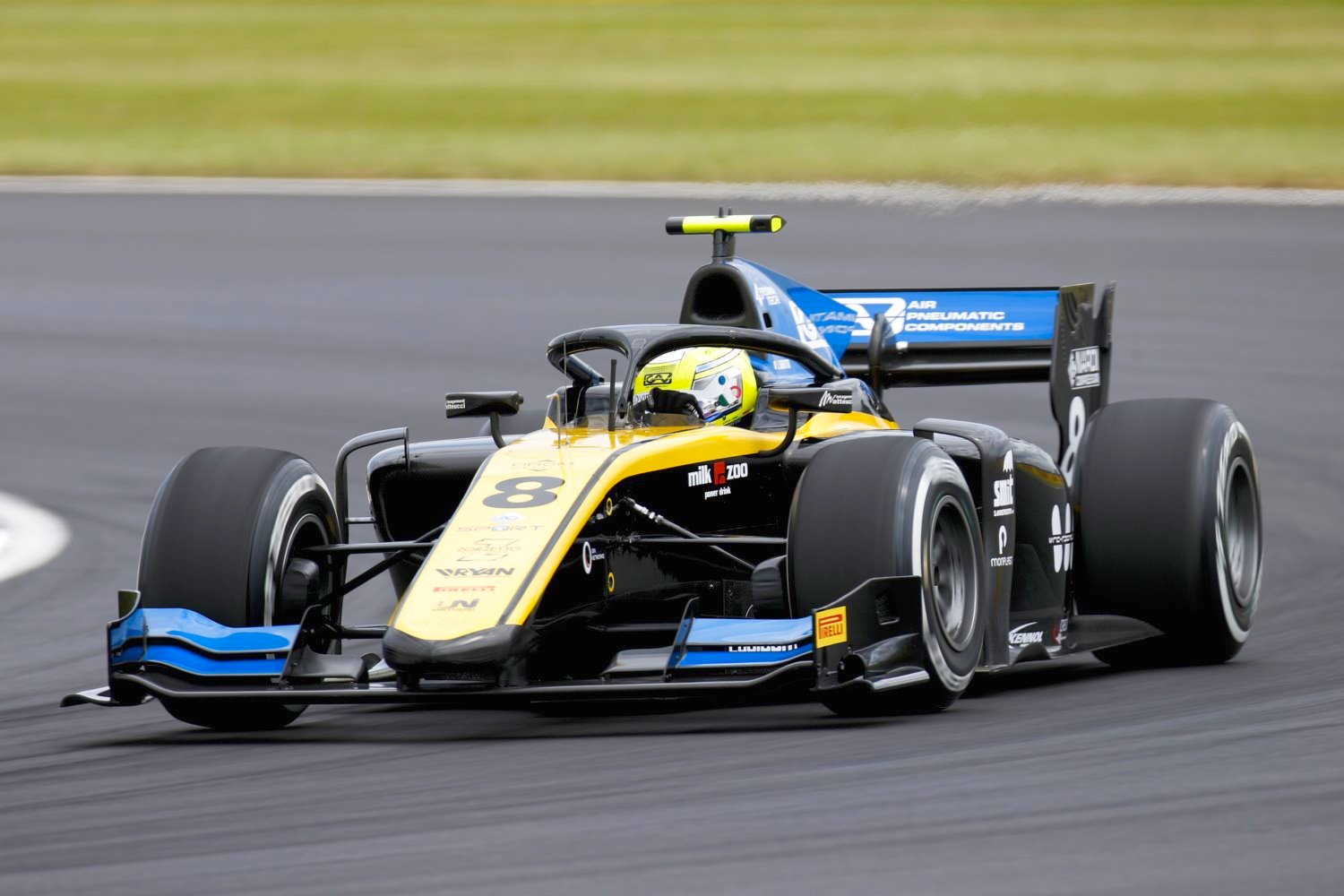 Luca Ghiotto carried his Austrian form into Round 7 to achieve his highest session placing since Barcelona, lapping quickest in FIA Formula 2 Free Practice, at Silverstone. The Italian followed up his pair of podium finishes in Spielberg with P1, ahead of DAMS’ Nicholas Latifi and teammate Guanyu Zhou.

Sauber Junior Team by Charouz duo Juan Manuel Correa and Callum Ilott set the early pace, immediately going under 1m 43s. The session was then briefly yellow flagged as Sean Gelael and Louis Deletraz made contact around Turn 6, which forced the PREMA man to retire from Free Practice.

British duo Jack Aitken and Jordan King fleetingly led proceedings, until Nyck De Vries and Sergio Sette Camara took turns at the top of the table, before ducking into the pits for a freshen up.

Ghiotto made the most of an emptying circuit to claim P1 ahead of De Vries and Sette Camara, with a time of 1:39.166. Jack Aitken and Latifi both made attempts on his time, but neither could match him and settled for second and third.

With the session coming to a close, the Italian’s teammate Zhou demonstrated the pace of the UNI-Virtuosi machine this weekend and raced round for third place, nestling behind Ghiotto and Latifi. They were followed by Aitken, Sette Camara and De Vries. Meanwhile, Arjun Maini made a return to the top seven in just his second round this season, beating Deletraz, Nobuharu Matsushita and King.

Ghiotto will look to continue his resurgence when the cars hit the track for qualifying at 3.55pm local time.