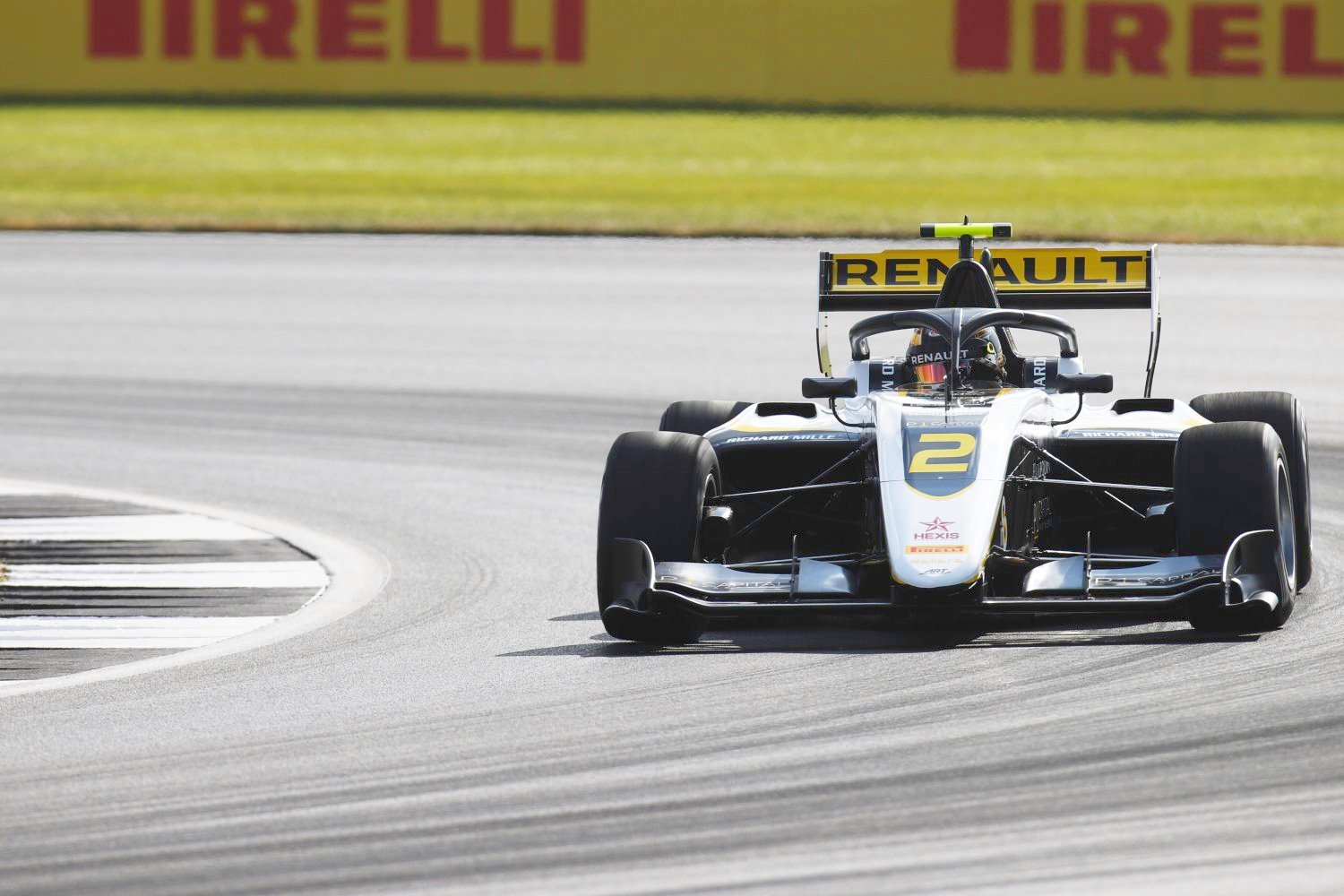 Max Fewtrell ensured the British race weekend got underway with a countryman on top, lapping quickest around the freshly laid Silverstone circuit to top the times in this morning’s FIA Formula 3 Free Practice. The ART Grand Prix man ran ahead of Trident’s Devlin DeFrancesco and teammate David Beckmann, who both secured their highest practice positions of the campaign to date.

It was the third ART machine which got the session underway, as Christian Lundgaard set the early pace in cool 17 degree temperatures. Fellow Englishman Jake Hughes and Leonardo Pulcini then exchanged places at the top, as the grid warmed up their tires.

There was plenty of traffic on track in the opening minutes as the cars got a taste of the new tarmac and PREMA soon took control of the session with Championship leaders Robert Shwartzman and Jehan Daruvala leading the times.

That was as good as it got for the PREMA duo who quickly dropped down the order. Pulcini and Beckmann began to battle it out in first, but Fewtrell then emerged as the frontrunner in front of his home crowd.

Ye Yifei briefly claimed first ahead of the ART man, but the latter bounced back by breaking the 1m 46s barrier with just two minutes on the clock. DeFrancesco was able to set a time good enough for second, while Beckmann couldn’t improve on his teammate’s time and nestled in at third ahead of Yifei and Lirim Zendeli. Yuki Tsunoda, Lundgaard, Raoul Hyman, Pulcini and Daruvala completed the top ten.

Fewtrell will look to keep up his early weekend pace when the cars return to the track for Qualifying at 4.50pm (local time).