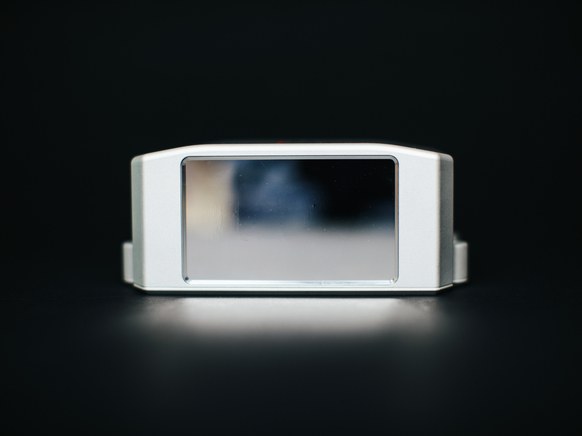 Every technology has its weakness. Maybe it’s too big or slow or not versatile. Critics of Lidar, Tesla’s Elon Musk being, perhaps, the loudest among them, focus on the cost that the laser-based system adds to a self-driving vehicle. The spinning, rooftop lidar produced by industry leader Velodyne runs about $75,000. That’s enough to trouble the companies developing robotaxis, the fully autonomous vehicles that hope to amortize their costs by ferrying passengers. For personally owned vehicles, anything near that cost is a nonstarter.

“Anyone relying on lidar is doomed," Musk said at Tesla’s inaugural “Autonomy Day" in April. “It’s like having a whole bunch of expensive appendices. Like, one appendix is bad, well now you have a whole bunch of them."

The vast majority of self-driving developers, however, consider the laser sensor not vestigial but a crucial element of a safe, capable system. That’s why many of those outfits have developed their own systems (like Waymo) or acquired lidar makers (like Cruise, Aurora, and Argo). It’s also why everyone who hasn’t taken such steps should welcome Luminar’s announcement Thursday that it has developed a production-ready lidar that will cost as little as $500—cheap enough to make it work not just on robotaxis, but on consumer vehicles.

Palo Alto–based Luminar calls its new, third-generation lidar Iris. The unit is about the size of a soda can and weighs just under 2 pounds, small enough to fit into a car’s bumper. CEO Austin Russell says it’s “automotive grade," meaning it can survive years of life on the road, with all the potholes and temperature swings. It draws a meager 15 watts of power or so and offers a range of 250 meters, a widely accepted benchmark.

The upshot of bringing lidar into consumer cars is a potentially major upgrade over the semi-autonomous systems currently on the road, like Tesla’s Autopilot, Cadillac’s Super Cruise, and Nissan’s ProPilot Assist. Those systems use radar and cameras to stay in their lanes and a safe distance from the vehicles around them. They require their human driver to constantly watch the road and remain ready to take control, partly because the limits of their sensors make them incapable of seeing immobile obstacles; at least three Teslas have crashed into stopped fire trucks in 2018.

Lidar balances the weaknesses of today’s sensors. Unlike a camera, it sees just as well in the dark as in the light. It can detect detail better than radar, allowing it to pick out things like pedestrians and cyclists. “You can see this stuff with lidar," Russell says. A single sensor in a car’s front bumper or windshield might make it a more capable robot than just about anything on dealer lots today. That’s not enough for a fully autonomous system—you’d want 360-degree coverage there—but it could allow for a system that handles highway driving.

To wit: Audi is the only automaker that doesn’t demand drivers pay constant attention while using its semi-autonomous Traffic Jam Pilot. It puts lidar in the A8 sedans that come with the feature (which is available only in Europe). And while lasers can have trouble in the rain or snow (Russell says Luminar’s system doesn’t), it’s the sensor’s cost and reliability that have kept it out of the broader consumer market.

To go with this news, Luminar said it has closed its latest round of funding, bringing it to $250 million raised (and a $900 million valuation) to help it boost manufacturing capacity at its Orlando factory. If it can get its lidar onto cars, Russell hopes to use the resulting data to hone the software Luminar uses to suss out what’s what on the road.

It’ll be a while before that happens, though. Russell says Luminar is working on six highway-driving-focused projects with vehicle makers, but given long lead times in the auto industry, they won’t produce any commercial vehicles until 2022 or 2023. Until then, it’s eyes on the road. Alex Davies/Wired